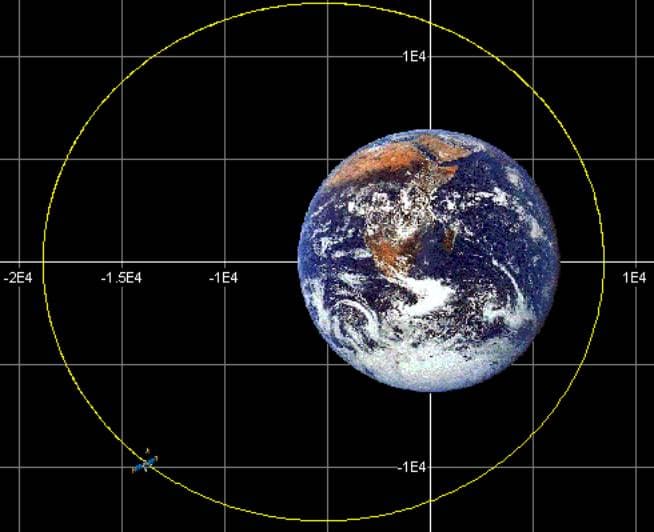 Answer: To understand this, first, you need to know how orbits work. The famous scientist, Sir Isaac Newton thought of a cannon that describes this really well.

Continuing to use the Earth as an example, in order for a satellite to maintain a stable orbit, it must fall at the same rate the curve of the Earth falls away from it. This same principle is what keeps the planets in orbit. The closer you are to an object, the faster you need to move to stay in orbit, likewise, the further away you are, the slower you need to move.

Let us use Mercury and Neptune as an example.

Mercury has an orbital period of about 88 days (meaning, one Mercurian year is equal to about 88 Earth days) and Mercury orbits at a distance of about 0.39 AU (about 60 million km). To maintain this orbit, Mercury must have an orbital velocity (the speed in which it travels around the sun) of about 47.8 km per second.

Of course, if Mercury orbited at Neptune’s velocity, it would fall into the Sun, and if Neptune moved as fast as Mercury, it would fly off into interstellar space. Orbital mechanics is a balancing act between your orbital distance and your orbital velocity.