Robots Have Replaced Humans in 25% of China's Ammunition Factories

The move will be safer for humans, and could triple China's production. 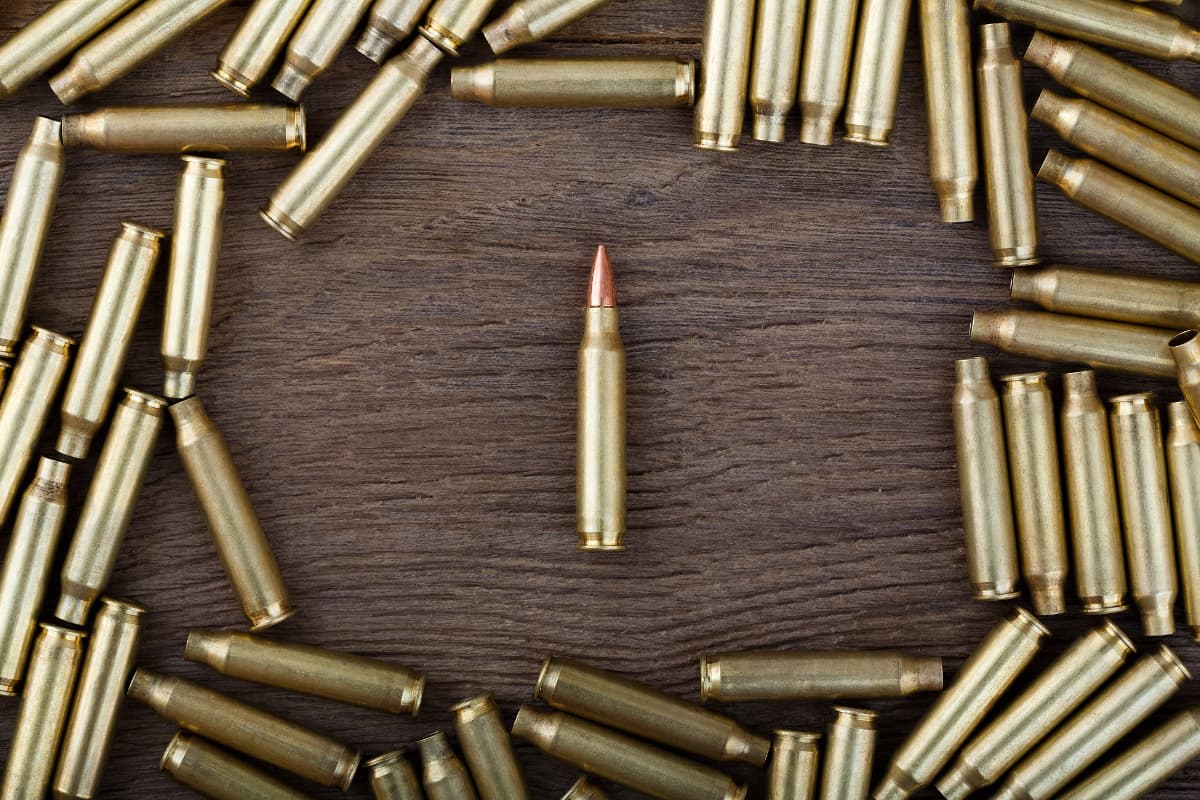 Safer, Thanks to Robots

China is one country leading the charge when it comes to embracing robotics and artificial intelligence. Last year, the country saw the first robot dentist successfully operate on a patient, and there are plans to build an unmanned, AI-powered police station in a capital city. Both developments show signs of China's progress to becoming a global leader in AI by 2030.

To be a leader in AI, however, also means using such technology in the workforce as a replacement for human workers. Recently, China has done so in using automation to increase its supply of bombs and artillery shells.

Speaking with the South China Morning Post (SCMP), Xu Zhigang, a researcher with the Chinese Academy of Sciences’ Shenyang Institute of Automation, said that nearly 25 percent of China's ammunition factories have had their human workers replaced with “smart machines.” Interestingly enough, China didn't turn to AI simply because it wants to lead AI adoption. It was instead because the factories were lacking in people who actually wanted to work in such dangerous environments.

“However high the salary offered, young people are simply not interested in working in an army ammunition plant nowadays,” said Xu. No one can really fault them for being wary of the job, though. According to SCMP, citing "research papers published in Chinese academic journals," a significant number of accidents have occurred in recent years, with some leading to injured workers or even death.

So great were safety concerns that the 20-30 factories constructed over the last 60 years are in remote locations, or areas with much lower populations.

“One spark could lead to a huge explosion and reduce the plant to a crater,” said Xu. “The risk of fire was our biggest challenge. It hung over my head like a sword.”

Even before the accidents were a factor, however, workers were exposed to harmful chemicals while assembling ammunition, requiring them to wear masks and gloves. Needless to say, it's not the most inviting job, and one that's likely better suited for automation.

Since introducing automation to the factories, the AI — equipped with "man-made 'hands and eyes' — have been almost 5 times more productive than human workers and can assemble various ammunition including artillery shells, guided bombs, and rockets with the kind of efficiency and perfection some human workers struggle with. They also don't get tired, which is a plus for any industry looking to implement robotics. With productivity somewhat limited by the supply of raw materials, Xu said that the productivity boost would probably fall between 100 to 200 percent "at a minimum."

“The robots can free workers from risky, repetitive jobs in the bomb-making process,” Professor Huang Dexian, from Tsinghua University’s department of automation, told SCMP. “It will create new jobs such as control optimization, hardware maintenance and technical upgrades. It will give us a stronger, healthier, happier defense workforce.”

Despite the AI's improvements to safety, it's fair to have concerns about their inclusion in the ammunition making process. Though Xu noted that China's was not in a situation where it was "gearing up for a war and filling its armouries at breakneck speed,” the country's new production abilities could spur other countries to produce weaponry at a greater pace, or encourage them to speed up development on their own AI projects out of fear of being outmatched. Russia, for example, is reportedly building an AI-controlled missile, and has plans to add autonomy to its land and aerial vehicles. The U.S., meanwhile, wants to use AI to boost its intelligence gathering capabilities, and successfully tested an autonomous F-16 last April.

It's true that automation can improve productivity and have positive impacts on society, but experts caution that we should also be wary about how far we take automation without proper plans. This is something Jon Wolfsthal, a non-resident fellow at Harvard University’s Managing the Atom project, suggested society be cautious of, saying, "the possible advantages ... are endless, but so too are the risks.”