This Robot Dog Can Recover From a Vicious Kick Using AI 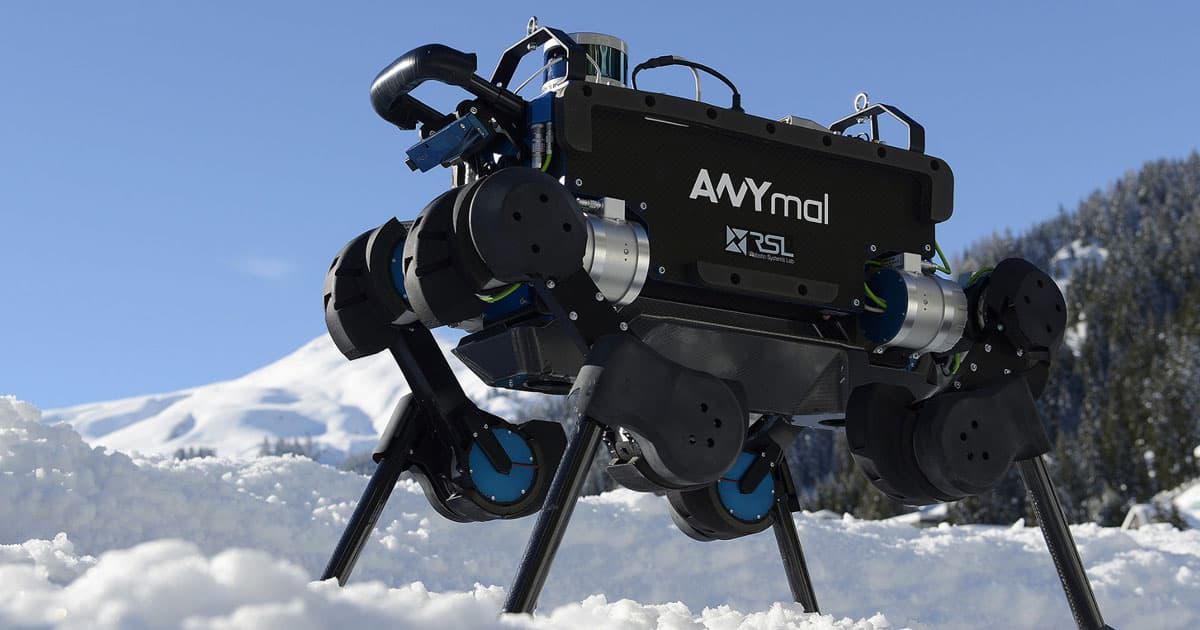 Robot Gets Knocked Down

Researchers at ETH Zurich in Switzerland taught a four-legged robot dog a valuable life skill: how to get up again after it gets knocked down. And yes, it involved evil scientists kicking and shoving an innocent robot.

The researchers used an AI model to teach ANYmal, a doglike robot made by ANYbotics, how to right itself after being knocked onto its side or back in a variety of physical environments — as opposed to giving the robot a detailed set of instructions for only one specific environment.

But It Gets Up Again

The results were published in a paper today on Science Robotics. In simple terms, the robot tried again and again to right itself in simulation, and learned from instances when a movement didn't end up righting it. It then took what it learned and applied it to the real world.

It even learned how to run faster than it could before. Thanks to the neural network, ANYmal was also able to reach 1.5 metres per second or just over three mph in mere hours, according to New Scientist.

Never Gonna Keep It Down

Are we inching closer to a future where robot guard dogs chase us down to exact revenge on us, as seen on Netflix's Black Mirror? Sure looks like it.

So perhaps it's time to stop kicking robot dogs — before we know it, they'll start learning how to protect themselves.

READ MORE: Robot dog taught itself to get back up when people kick it over [New Scientist]

More on ETH Zurich's ANYmal: New robot dogs can deliver your lunch right to your desk

Read This Next
Diner Drama
People Furious at Robot Serving Pancakes at Denny's
Mini-Brain in the Cell Membrane
This Startup's Computer Chips Are Powered by Human Neurons
Robot Violence
YouTube Accidentally Removed Robot Battle Videos for "Animal Cruelty"
Buzz Off
Tiny Spies: This Insect-Like Flying Robot is Smaller Than a Penny
Automating Gym Class
Toyota's Basketball Robot Can Nail Three-Pointers
More on Robots & Machines
Blow Up Doll
Monday on the byte
Ukraine Accuses Russia of Using Inflatable "Dummy Tanks," Which Deflated
From the Dept. of...
Monday on futurism
The Best UPS Battery Backups of 2023
FROM THE DEPT. OF...
Jan 29 on futurism
The Best Netgear Routers of 2023
READ MORE STORIES ABOUT / Robots & Machines
Keep up.
Subscribe to our daily newsletter to keep in touch with the subjects shaping our future.
+Social+Newsletter
TopicsAbout UsContact Us
Copyright ©, Camden Media Inc All Rights Reserved. See our User Agreement, Privacy Policy and Data Use Policy. The material on this site may not be reproduced, distributed, transmitted, cached or otherwise used, except with prior written permission of Futurism. Articles may contain affiliate links which enable us to share in the revenue of any purchases made.
Fonts by Typekit and Monotype.