Researchers Taught an AI About Ownership Rules and Social Norms 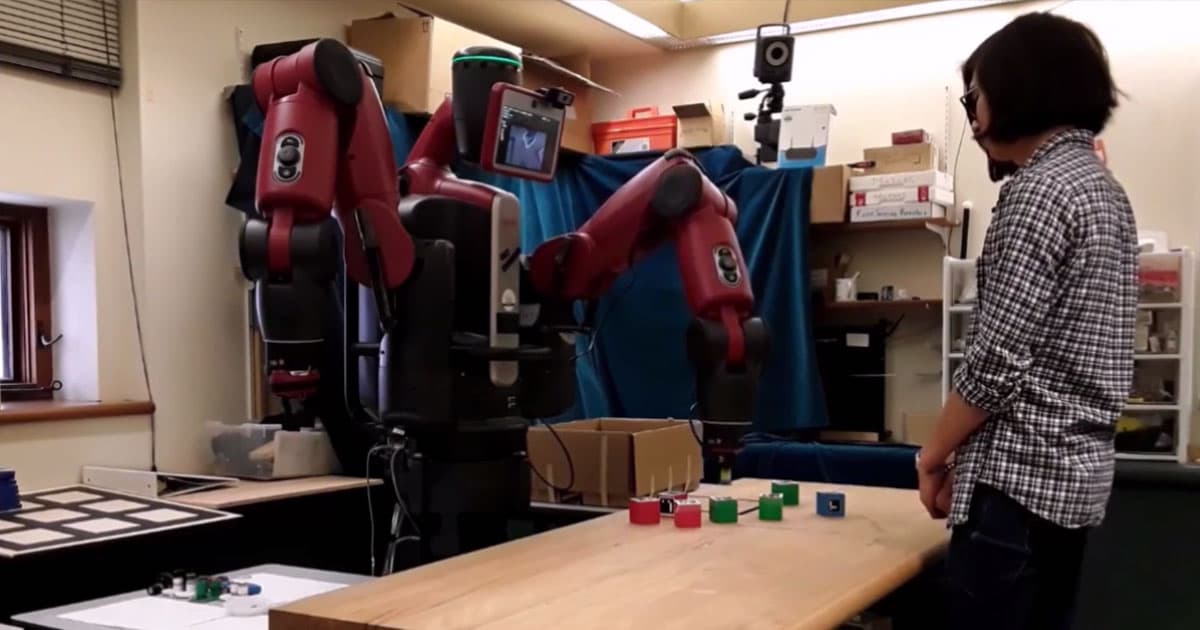 Image by Tan, Brawer and Scassellati

What is yours is not mine, and what is mine is not yours — unless we agree to share it.

This simple example of how we agree on ownership of objects around us is something that may come naturally to us, but it's a notion that robotic systems have to be taught first — in much the same way a child is taught about what belongs to them, and what doesn't.

And a group of researchers at Yale University tried to do just that. They successfully taught a robotic system about ownership relations and the social norms that determine those relations — a much overlooked, but critical aspect of human-machine interaction.

And the results are promising: in a series of simulations, the robot could infer which objects belonged to it, and which didn't — even with a "limited amount of training data," according to a pre-written paper.

"With the growing prevalence of AI and robotics in our social lives, social competence is becoming a crucial component for intelligent systems that interact with humans," reads the paper. "Yet, explicating and implementing these norms in a robot is a deceptively challenging problem."

The robotic system the researchers devised used a machine learning algorithm to learn from a series of rule violations — "No Baxter, that's mine!" reads a speech bubble under a picture presented in the paper — and could even infer ownership purely based on the object's qualities.

"One of the challenges in this work is that some of the ways that we learn about ownership are through being told explicit rules (e.g., 'don't take my tools') and others are learned through experience," Brian Scassellati, one of the scientists working on the project, told TechXplore. "Combining these two types of learning may be easy for people, but is much more challenging for robots."

And it will become increasingly important for us to find ways to make robots understand these rules going forward. "Understanding about object ownerships, permissions, and customs is one of these topics that hasn't really received much attention but will be critical to the way that machines operate in our homes, schools, and offices," said Scassellati.

More on robots and social norms: Culturally Sensitive Robots Are Here to Care for the Elderly

Read This Next
Mini-Brain in the Cell Membrane
This Startup's Computer Chips Are Powered by Human Neurons
War Machine
Russia Is Planning A "Ground Force" of Armed Military Robots
Killer Robots
Scientists Call for a Ban on AI-Controlled Killer Robots
Tech Sells
Here's a Roundup of All the Super Bowl Ads About Robots and AI
I Get Knocked Down
This Robot Dog Can Recover From a Vicious Kick Using AI
More on Robots & Machines
From the Dept. of...
12:00 AM on futurism
The Best Exercise Bikes of 2023
It's Nothing Pers...
Yesterday on the byte
Scientists Create Shape-Shifting Robot That Can Melt Through Prison Bars
From the Dept. of...
Yesterday on futurism
The Best Smart Lights of 2023
READ MORE STORIES ABOUT / Robots & Machines
Keep up.
Subscribe to our daily newsletter to keep in touch with the subjects shaping our future.
+Social+Newsletter
TopicsAbout UsContact Us
Copyright ©, Camden Media Inc All Rights Reserved. See our User Agreement, Privacy Policy and Data Use Policy. The material on this site may not be reproduced, distributed, transmitted, cached or otherwise used, except with prior written permission of Futurism. Articles may contain affiliate links which enable us to share in the revenue of any purchases made.
Fonts by Typekit and Monotype.