Researchers May Have Linked Fracking to an Increase in Hospitalizations 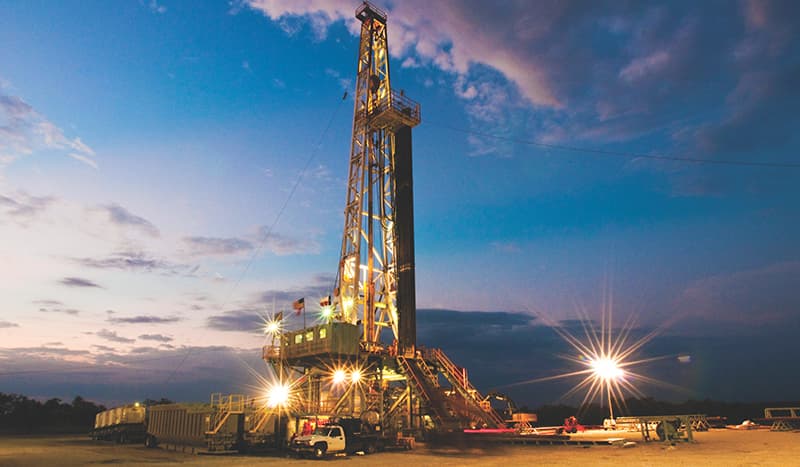 We've often heard that fracking can bring much-needed jobs and prosperity to a region. However, a new study published in PLoS ONE has found that it can also lead to more hospitalizations  So, it looks like we've just added more fuel to the fire: Is the prosperity for a few, worth the risk to all (including people, wildlife and the environment)?

This study, led by researchers at the University of Pennsylvania's Perelman School of Medicine and Columbia University's Mailman School of Public Health, analyzed inpatient hospitalization rates for residents of three adjacent counties in northern Pennsylvania: Bradford, Susquehana, and Wayne.

All of these counties sit on the Marcellus Shale formation and have similar demographics, with no striking differences in education level, income, race or age. However, there's one important distinction: Since 2007, fracking activity has increased dramatically in Bradford and Susquehanna Counties, but Wayne County, which sits in the Delaware River Basin, has none. This is because early concerns raised by conservation groups led to a fracking ban all along the Delaware River—a water source for about 15 million people across four states.

Indeed, over just a few years, fracking has boomed. Of the 67 zip codes examined in these three counties, only 6 drilled fracking wells in 2007. However, within 4 years, about half of the zip codes drilled at least one well (many had more). In fact, by 2011, 18 zip codes had a rather high level of well density, as defined by this study, of 0.79 wells per square kilometer or more.

By analyzing the data for over 90,000 inpatient records between 2007 and 2011, the team analyzed 25 different medical categories, looking for any association between wells and healthcare use. Because they cast a wide net, the researchers applied a conservative mathematical adjustment (statistical junkies know it as the Bonferroni correction) to ensure that any findings are unlikely to have occurred by chance.

In doing so, the scientists found a link between cardiology and neurology inpatient prevalence rates and fracking well density. In other words, a higher number of wells per square kilometer was associated with a greater proportion of the population being hospitalized for cardiology or neurology. In addition, there was also support for increased neonatology and dermatology inpatient prevalence rates, although with the conservative nature of their analysis, it was not found to be statistically significant.

A single inpatient stay can cost approximately $30K.  So, of course, these increased hospitalizations could have a significant economic impact.

It should be clarified that this study did not and could not prove that fracking actually causes any health problems. However, given that this research only looked at 4 years of data, it is notable that they were able to find any associations between fracking wells and increased healthcare use.

"At this point, we suspect that residents are exposed to many toxicants, noise, and social stressors due to hydraulic fracturing near their homes and this may add to the increased number of hospitalizations. This study represents one of the most comprehensive to date to link health effects with hydraulic fracturing," stated senior author Reynold Panettieri.

The authors warned that further study is required to determine if certain contaminates that are released during the fracking process—like naturally occurring toxic organics, radioactive materials or metals—are associated with the increased health problems. Furthermore, increased air and noise pollution, as well as psychosocial stress from the heightened diesel trucking related to fracking, could also play a role in public health and should be further explored.

WATCH: A Refresher on Fracking