What is Fracking? How Is It Dangerous? 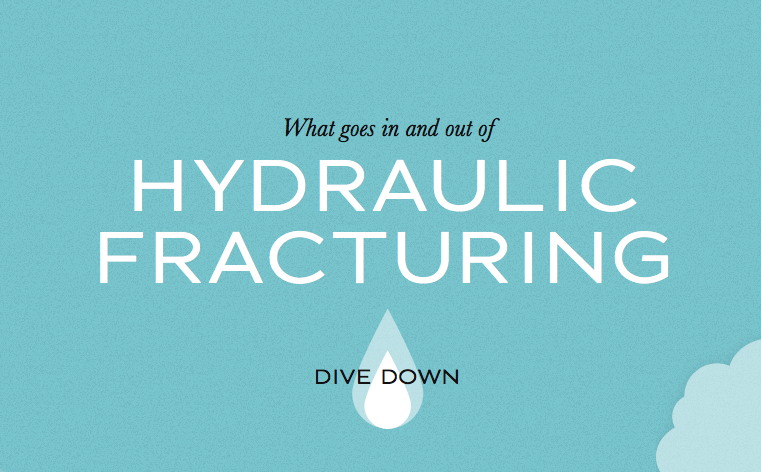 One doesn't need to be an environmentalist to be familiar with fracking. It is a topic that has dominated conversations about energy, sustainability, economics, government intervention in the private sector, business freedoms — the list goes on and on.  Oil companies lobby for it, environmentalists try and regulate it, and the general public tries (often in vain) to separate fact from fiction. So instead of telling you how you should feel about it, we'll just tell you what it is and how it impacts our planet. You can weigh the costs and benefits from there.

Fracking — otherwise known as hydraulic fracturing (a term that sounds decidedly more menacing) — is the process by which shale deposits are forced open. Notably, these deposits generally hold gas reserves (fracking is mostly used to access crude oil; however, it can be used for petroleum and other substances as well). In short, it is a process we use to retrieve contents hidden beneath Earth's surface. Fracking is accomplished by using a drill to stimulate horizontal, vein-like tunnels that branch into a normal (vertical) well.

Once these "veins" are implemented, workers pump them full of water (about 8 million liters of it) and a few other components (like sand and sometimes other chemical ingredients), until the pressures mount to the point that fissures emerge in the deposit (we use pressurized liquid in order to fracture rock; hence the term "hydraulic fracturing"). When these fissures open, the substance that is being retrieved is guided into the horizontal well before it flows to storage tanks above ground.

So.. how far would we need to drill to get to this oil? Well, according to estimates, most wells are about 7,700 feet (2,347 meters) deep or approximately 6 Empire State Buildings that are each stacked right on top of each other.

How It Impacts Earth (& Its Inhabitants):

Clearly, the process outlined above is an oversimplification. If it were truly that easy, people wouldn't be so up in arms over fracking. The simple truth is this: there are many ways fracking can go horribly wrong, even under the most controlled circumstances.

Over the last few years, we've seen some of these complications in action. Most recently in North Dakota — a state that seen an economic boom due to a growing number of fracking operations. Here, a large number of fracking-induced "flares" have popped up.

However, notably, these flares don't have too much to do with fracking itself, but how we deal with unusable or unideal resources collected through the drills. Often, businesses in the fracking industry do not deal with byproducts in a responsible manner, which leads to flares. Thus, by changing their businesses practices, this concern could be effectively dealt with.

So, how do we get these flares? After the tunnels are dug some of the substances that they recover (like natural gas) are far less profitable than other substances (crude oil). Since it would cost more to separate the desirables from the undesirables, workers sometimes set fire to the well. As a result, nearly a third of the natural gas produced in the region is being burned to secure crude oil. There are two concerns here. This burning releases a substantial amount of carbon dioxide in the process (so we are making further contributions to global warming), and we're essentially wasting a natural resource — an estimated 100 million dollars worth each month — to obtain something far more harmful to the environment (crude oil).

Famously, these flares are now so numerous, the center of operations in South Dakota is lit up like a Christmas tree; it's even visible from space!

In another scenario that has played out a few times in recent history — when fracking goes wrong it can contaminate the water supply of an entire community. Moreover, it's established that this contaminated water can inflict sensory, respiratory, and neurological damage if someone is subjected to it long enough. See the below graphic to understand how this contamination happens:

Recent history also shows that incidents with spilled oil can have a crippling impact on oceanic wildlife. In fact, just earlier this year, a huge amount of crude oil spilled after the train carrying it derailed, sparking an explosion so toxic that almost all of Casselton’s 2,300 residents living in Plaster Rock (in New Brunswick, Canada) were forced to evacuate. Again, this did not occur because of fracking, but at the same time, it is a direct consequence of the practice.

A similar event happened just the year before with more disastrous consequences. Crude oil exploded in Lac-Mégantic, Quebec after the train carrying it derailed. This time, 47 people were killed. A reporter from the Vancouver Sun stated that "'The significant increase in the transport of oil by rail, and the growing evidence that Bakken shale oil is proving itself to be a very explosive commodity, shows that regulations on both sides of the border are not adequate,' said Mark Winfield, an associate professor at York University who researches public safety regulation."

As you can imagine, any time people work with flammable material, the situation must be treated delicately. No matter how delicate, a growing number of workers continue to get killed on the job. Researchers also published a study discussing other ramifications, namely that fracking might negatively affect fetuses before emerging from the womb

Pollution from truck traffic, chemical contamination around storage tanks, habitat fragmentation, and damage from drilling to other environmentally sensitive areas  are all concerns when dealing with fracking.

This Kurzgesagt video goes into some of the other dangers, and it expands on the controversy happening in Europe as we speak.

The benefits from fracking are largely economic. One of the primary points is that this is a more local industry, one that does not rely on foreign reserves. According to Energy From Shale, "Hydraulic fracturing has boosted local economies—generating royalty payments to property owners, providing tax revenues to the government and creating much-needed high-paying American jobs. Engineering and surveying, construction, hospitality, equipment manufacturing and environmental permitting are just some of the professions experiencing the positive ripple effects of increased oil and natural gas shale development."

We've spent a lot of time on the environmental dangers, and you'll note that this section on the befits is much shorter. That is not because of any intentional bias, but because the accidents that can arise from energy production are necessarily more numerous than the environmental benefits.

That said, one way that fracking is beneficial is that it enables businesses to create a localized drilling site. Environmentalists, of course, may not be swayed by this benefit, as they would argue that it is not really beneficial, it is just less worse than current drilling methods. Nonetheless, it is an improvement, and those who promote fracking would note (and correctly so) that all methods of energy production have environmental costs (even wind and solar power).

This should just serve as a general guide to the benefits and the costs of fracking. For more information, please see the sources linked throughout.

In the end, what do you think? Is fracking worth the cost? How should we produce energy? Leave your thoughts in the comments.