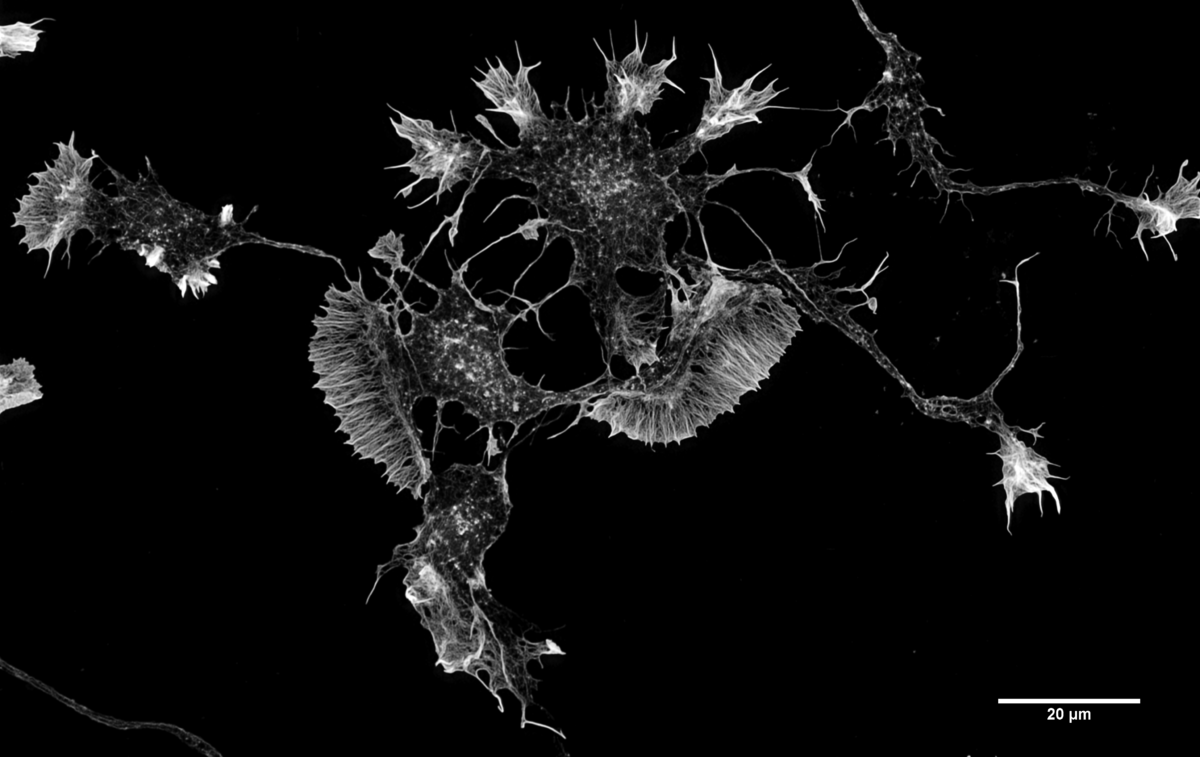 With their study, which was published in Scientific Reports, the team became the first ever to find a way to bond neurons. If you are unaware, a neuron is a cell in the nervous system that acts as a kind of "middleman," passing information between the brain and the body.

Of course, this new method could allow researchers to seize on a number of new treatment opportunities in a host of conditions related to the brain and associated organs (and open the doors to research into the various diseases that impact them)

That said, the team behind the work was quick to focus on what this could mean as a research tool.

"The immediate application is for researchers. They finally have a new tool to do what they have not been able to do before," Nir Katchinskiy, who led the study, said in the press release. "We're engineers. We come up with tools that provide potential."

Katchinskiy was able to lead us to a breakthrough in this field by engineering a solution towards a real-life problem. "I was really interested in the nervous system—if you have a severed nerve, you can't repair it," he said. "My thought was, what if we could 'weld' it back up right after it's injured?"

WELDING WITH A LASER

The researchers put two neurons in a special solution that prevented them from sticking with each other. They were then placed in contact with each other before femtosecond laser pulses. Each ultrashort pulse occurred every 10-15 seconds, and they were delivered at the contact point. The laser was able to compromise the other layer of the cells, but it was only partial in nature and the insides of the cell remained intact.

This resulted in the two cells forming a common membrane at the targeted area.

Through multiple experiments, the researchers found that these cells remained viable and their connection did not visibly weaken. Within 15 milliseconds, the neurons were able to stick with each other—a result that would normally have taken hours to occur.

While the project's results may not be used to treat actual severed connections in the human body, it would provide a glimpse for researchers and biologist regarding how neurons work within the body, and this could lead to better and more effective treatments in this regard. In addition, the team's discovery provides researchers complete control over where and when the cell connection occurs.

"You can really plan any experiment. The idea is to show that you can use it (femtosecond lasers) as a research tool to control what you are attaching," said Katchinskiy.

So far, they have applied this method to only three types of cells, but its potential is limitless.  "We have two of the biggest researchers on cancer working with us," said Elezzabi, a professor who is Katchinskiy's research supervisor. They believe that with further research and development, femtosecond lasers could specifically be helpful in prostate, brain, and ocular cancer research and treatment.

Read This Next
Woooaaah
Scientists: The Human Brain Has Odd Similarities to the Entire Universe
Laser Tanks
The Military Is Mounting Laser Weapons on Tanks
Futurism
Scientists Identified "Anxiety Cells" in the Brain by Switching Them On and Off
Futurism
Physicists Overturn a 100-Year-Old Assumption on How Brains Work
Futurism
In First-Ever Demonstration, Researchers Show Ultrafast Light Pulses Can Trigger Neurons to Fire
More on Hard Science
Tractor Beam
Jan 26 on the byte
Scientists Build Working Tractor Beam, Although It's Comically Tiny
Having a Blast
Jan 18 on the byte
New Study Shows Where You Should Hide to Survive a Nuclear Attack
Offworld Amino
Jan 15 on the byte
Scientists Find Building Blocks of Life in Meteor That Smashed Into Family's Driveway
READ MORE STORIES ABOUT / Hard Science
Keep up.
Subscribe to our daily newsletter to keep in touch with the subjects shaping our future.
+Social+Newsletter
TopicsAbout UsContact Us
Copyright ©, Camden Media Inc All Rights Reserved. See our User Agreement, Privacy Policy and Data Use Policy. The material on this site may not be reproduced, distributed, transmitted, cached or otherwise used, except with prior written permission of Futurism. Articles may contain affiliate links which enable us to share in the revenue of any purchases made.
Fonts by Typekit and Monotype.