3 Reasons Why It's a Good Idea to Resurrect a Species

Why should we spend time and resources to bring back species when so many are dying now? 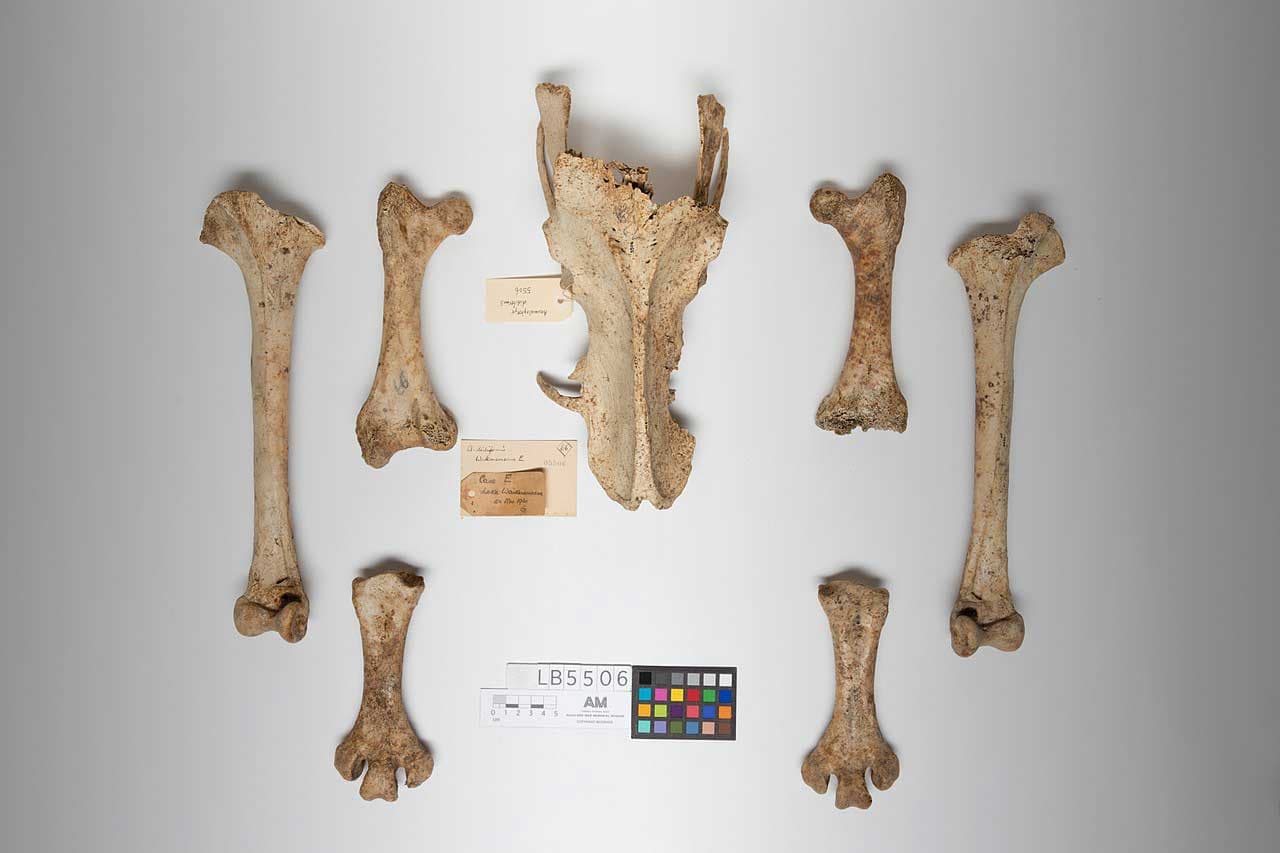 This week scientists at Harvard University announced that they had assembled a nearly complete genome of the little bush moa. Never spotted one of these at your backyard feeder? Well, neither has anyone else alive today: the flightless bird has been extinct for about 700 years.

But if scientists get their way, that could soon change. Assembling the complete genome of the moa — and those of other long-gone creatures like the woolly mammoth, passenger pigeons, or even our Neanderthal cousins — is the first step in bringing those species back to life. Or at least, scientists' closest approximation.

The researchers first got their hands on the moa DNA by extracting it from a big toe of a museum specimen, they told Stat News.

Using modern technology to revive extinct species is known simply as "de-extinction," though the process is not what you'd call simple.

It’s like putting together a jigzaw puzzle that has 900 million pieces. And is still missing some. And you don’t have the picture on the box. But you have a puzzle that’s similar as reference.

The key components of all species' DNA are nucleotides: adenine, cytosine, guanine, and thymine — noted by the letters A, C, G, and T, respectively. The Harvard team started with 900 million of the moa's nucleotides to start piecing together its entire genome (they aren't saying how many they needed for a complete genome). Using the genome of a modern bird relative, the emu, to fill in the blanks, the researchers were able to piece together about 85 percent of the bird's genome — on par with the genomes of other extinct species.

Once scientists organize the genome, the next step is deciding how to best attempt to revive the species. Researchers can opt for "backbreeding," a process in which they take a closely related species and selectively breed it until they produce something akin to the extinct species. If the species hasn't been extinct for very long and researchers have a sample from, perhaps, the last living member, cloning may also be a viable option. The third option — using genetic engineering — is relatively new. With an accurate assembly of an extinct species' genetic data, researchers can inject them into an egg of a living species that's genetically close to the one they're attempting to bring back to life.

So bringing species back from the dead is feasible, if improbable and resource-intensive. But the question remains: why revive extinct species at all? If we've learned anything from Jurassic Park (which, let's be honest, we all have) it's that "just because we can, doesn't mean we should." Here are some reasons that scientists have used to justify their work.

To Improve Our Science

Every time scientists make sense of an extinct species' genetic information, they get better at doing it. Yes, the human researchers improve, but so do the computer algorithms that help them parse out the data. With each attempt, researchers learn more about the sequencing process, and can train the technology to perform its tasks more accurately and efficiently. And the genomes researchers are reconstructing now could be useful for assembling the DNA of other species in the future. Little by little, they're assembling a genetic Rolodex for nearly every species on Earth.

Science for science's sake is a noble effort, but there are also many arguments for "resurrection biology," which frame the effort as being less about the de-extinction of species that have been lost to us, and more about preventing the extinction of endangered species.

To Save Endangered Species

As humans have taken up more space and resources, we've destroyed natural habitats and endangered species. Many of those species eventually go extinct, pushing biodiversity levels below the “safe” threshold — the level at which the ecosystems can regenerate and sustain us — around the globe. The less biodiversity in an ecosystem, the greater chance species after species will go extinct.

We'll feel the effects of biodiversity loss, especially when it comes to plants. The medications that we take are produced from or with plant extracts; the textiles and fabrics that we use in our clothing, and much of what we eat, all come from plant species. Plants depend the animals and insects in their environments for pollination and propagation. In return, those critters rely on crops for nutrition and housing just as we do. If those pollinators go extinct, the plants — and the species, like us, that rely on those plants —also go extinct.

Some species, called keystone species, are more important than others in maintaining that biodiversity. The passenger pigeon, for example, (a relatively recent extinction and thus a good candidate for resurrection) shaped many of North America's forests. When the species was lost, the forests lost the main driver of their regulation cycle and have never been the same.

Reviving extinct keystone species, then, could help us preserve biodiversity, and, possibly, the ecosystems as a whole.

To Preserve the Planet

Bringing now-dead species back to life might help Earth survive in the long run. At least, that's what Beth Shapiro, a biologist at the University of California, Santa Cruz, thinks. Shapiro has worked on several de-extinction projects (including the moa's). In a 2015 interview with Smithsonian Magazine, Shapiro said she believed that land conservation efforts are simply not enough to preserve the planet. Much of the world's biodiversity has been lost as a result of human interference: either directly via practices like deforestation, or indirectly, through our refusal to accept the realities of climate change.

If we want to get an idea of what happens to the world's ecosystems after a major climate shift, we need not look further than previous extinction events. The woolly mammoth, for example, used to fertilize the grasslands of Siberia; after it went extinct, the entire region became icy and barren.

"De-extinction may not be the answer to the biodiversity crisis that we are facing today, but the technologies that are being developed in the name of de-extinction may become powerful new tools in an active conservation regime," Shapiro told Smithsonian. "Why not provide populations a little bit of genomic assistance so they can survive in a world that is changing too quickly for natural evolutionary processes to keep up?"

Considering that humans have, for millennia, pushed out species that were here long before us... that seems like the very least we could do.

Read This Next
Mystery Meat
Lawsuit Claims That Subway "Tuna" Contains Extremely Weird DNA
There They Go
Biotech Company Officially Unleashes Gene-Hacked Mosquitoes in Florida
Gene-Hacked Blood Suckers
Residents Furious at Release of 500 Million Gene-Hacked Mosquitoes
Wine Mom
Scientists Sequence Genomes of Chardonnay and Cabernet Sauvignon
Breaking Models
Scientists Are Having Trouble Keeping Gene-Hacked Creatures Alive
More on Hard Science
Tractor Beam
2:13 PM on the byte
Scientists Build Working Tractor Beam, Although It's Comically Tiny
Having a Blast
Jan 18 on the byte
New Study Shows Where You Should Hide to Survive a Nuclear Attack
Offworld Amino
Jan 15 on the byte
Scientists Find Building Blocks of Life in Meteor That Smashed Into Family's Driveway
READ MORE STORIES ABOUT / Hard Science
Keep up.
Subscribe to our daily newsletter to keep in touch with the subjects shaping our future.
+Social+Newsletter
TopicsAbout UsContact Us
Copyright ©, Camden Media Inc All Rights Reserved. See our User Agreement, Privacy Policy and Data Use Policy. The material on this site may not be reproduced, distributed, transmitted, cached or otherwise used, except with prior written permission of Futurism. Articles may contain affiliate links which enable us to share in the revenue of any purchases made.
Fonts by Typekit and Monotype.