This is geoengineering on a scale we've never seen. 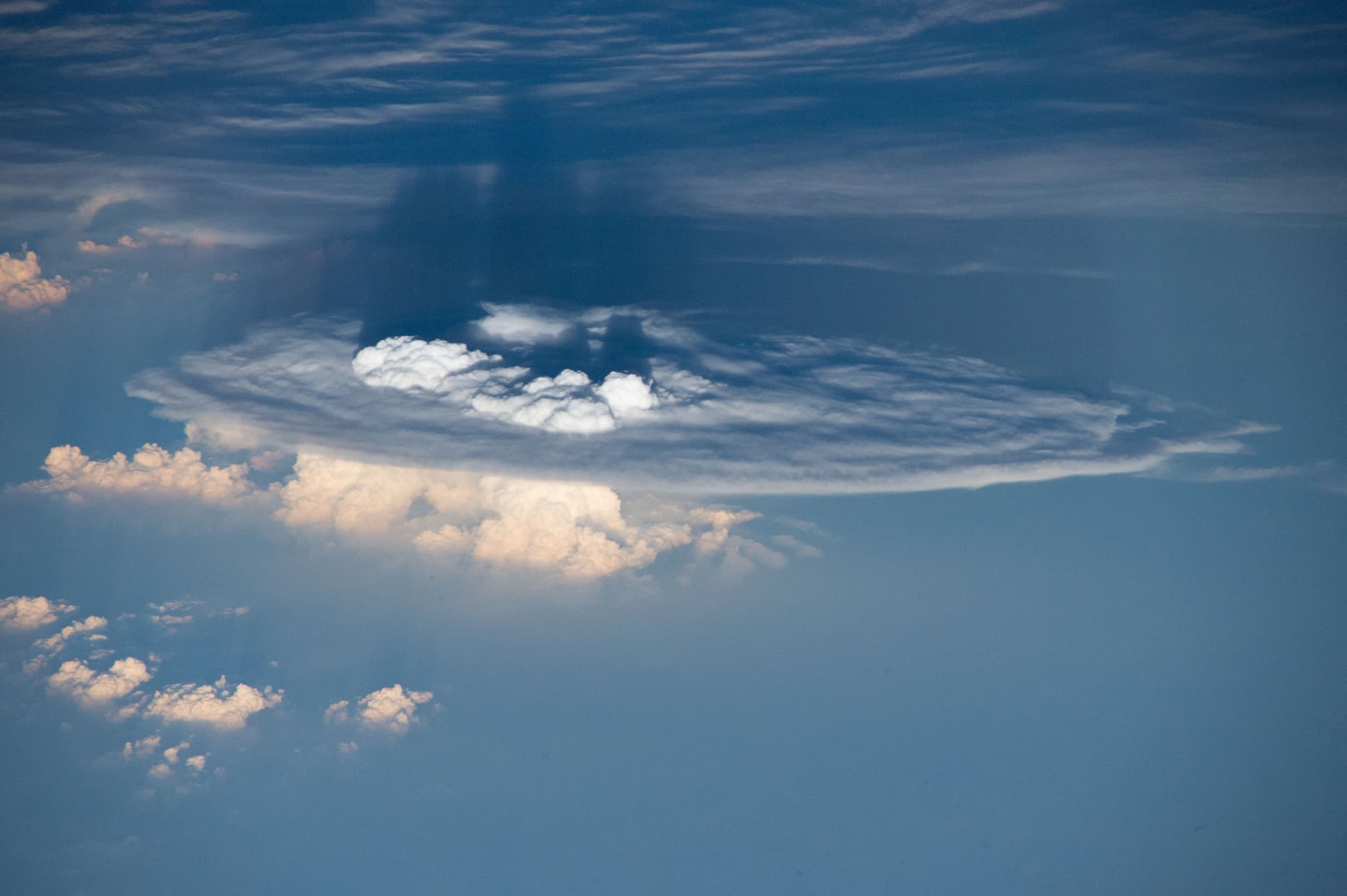 A new report suggests that geoengineering — intentionally manipulating the climate on a large scale to combat the effects of global warming — might have its own ruinous effect on the planet. Research led by scientists at the University of Exeter indicates that targeted solar geoengineering in one hemisphere might have a negative impact on conditions in the other hemisphere. Their research has been published in Nature Communications.

The idea of solar geoengineering is fairly straightforward. By injecting aerosols into the atmosphere, we could reflect sunlight away from the planet, thereby cooling its surface. This would mimic the effect of aerosols that are naturally emitted into the atmosphere following a volcanic eruption.

For their research, the University of Exeter scientists conducted advanced simulations using a coupled atmosphere-ocean model.

Their results suggest that injecting aerosols into the Northern Hemisphere would decrease the number of tropical cyclones found in the North Atlantic. However, carrying out the same process in the Southern Hemisphere would increase the rate of these events. Furthermore, an effort to reduce the amount of cyclones in the North Atlantic could prompt droughts in the Sahel, a region in Africa.

"Our results confirm that regional solar geoengineering is a highly risky strategy which could simultaneously benefit one region to the detriment of another," said Anthony Jones, lead author of the paper, in a university news release. "It is vital that policymakers take solar geoengineering seriously and act swiftly to install effective regulation.”

Not all scientists share Jones' reservations about solar geoengineering, however. Ken Caldeira is a climate scientist in the Carnegie Institution for Science, and he believes that the procedure is relatively innocuous based on the underlying science alone.

According to Caldeira, if geoengineering were interpreted as a kind of magic bullet that could provide a quick fix for global warming, humanity would have even less reason to change its behavior. It's a method of counteracting certain effects, but it's not a means of addressing the underlying issues.

Dennis L. Hartmann, a professor in the University of Washington's department of atmospheric sciences, further emphasized the fact that geoengineering is far from a quick fix for climate change.

According to Caldeira, solar geoengineering alone is unlikely to have a disastrous effect on the planet. If we were to ramp up to the amount of material introduced to the atmosphere when Mount Pinatubo erupted in 1991 by 2100, we could likely offset projected levels of global warming for this century, he said, noting that that eruption didn't cause climate chaos.

Still, the best course of action is taking stock of how human activity is affecting our environment and making some much-needed changes— a process that will be neither quick nor easy.

Read This Next
Sundowned
Mexico Bans Startup From Future Solar Geoengineering Experiments
Knew It All Along
Exxon Scientists Knew About Global Warming for Decades While Company Denied It
Dim Sun for Breakfast
Startup Says It's Started Releasing Chemical Into Atmosphere to Dim Sun
Futurism
Stanford Scientists Warn That Civilization as We Know It Will End in "Next Few Decades"
Fusion vs Fiction
Gloomy Physicists Say Nuclear Fusion Breakthrough Is Too Late to Save Us
More on Earth & Energy
Stem Ware
9:45 PM on the byte
Scientists Discover World's Oldest Preserved Vertebrate Brain
From Bad to Worse
Yesterday on the byte
Global Warming Is Worse Than We Thought, AI Tells Scientists
RIP Fred
Yesterday on the byte
Instead of Predicting Length of Winter, Groundhog Simply Dies
READ MORE STORIES ABOUT / Earth & Energy
Keep up.
Subscribe to our daily newsletter to keep in touch with the subjects shaping our future.
+Social+Newsletter
TopicsAbout UsContact Us
Copyright ©, Camden Media Inc All Rights Reserved. See our User Agreement, Privacy Policy and Data Use Policy. The material on this site may not be reproduced, distributed, transmitted, cached or otherwise used, except with prior written permission of Futurism. Articles may contain affiliate links which enable us to share in the revenue of any purchases made.
Fonts by Typekit and Monotype.