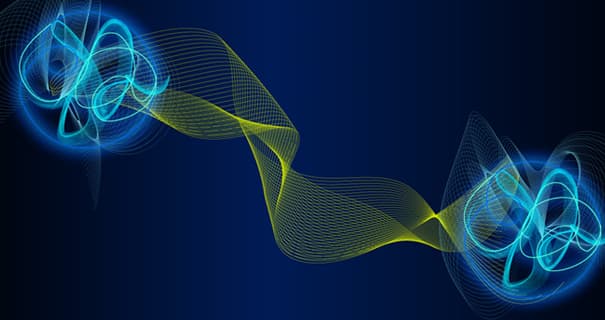 An experiment devised in Griffith University's Centre for Quantum Dynamics has for the first time demonstrated Albert Einstein's original conception of "spooky action at a distance" using a single particle.

In a paper published in the journal Nature Communications, CQD Director Professor Howard Wiseman and his experimental collaborators at the University of Tokyo report their use of homodyne measurements to show what Einstein did not believe to be real, namely the non-local collapse of a particle's wave function.

According to quantum mechanics, a single particle can be described by a wave function that spreads over arbitrarily large distances, but is never detected in two or more places.

This phenomenon is explained in quantum theory by what Einstein disparaged in 1927 as "spooky action at a distance", or the instantaneous non-local collapse of the wave function to wherever the particle is detected.

Almost 90 years later, by splitting a single photon between two laboratories, scientists have used homodyne detectors—which measure wave-like properties—to show the collapse of the wave function is a real effect.

This phenomenon is the strongest yet proof of the entanglement of a single particle, an unusual form of quantum entanglement that is being increasingly explored for quantum communication and computation.

"Einstein never accepted orthodox quantum mechanics and the original basis of his contention was this single-particle argument. This is why it is important to demonstrate non-local wave function collapse with a single particle," says Professor Wiseman.

Einstein's view was that the detection of the particle only ever at one point could be much better explained by the hypothesis that the particle is only ever at one point, without invoking the instantaneous collapse of the wave function to nothing at all other points. However, rather than simply detecting the presence or absence of the particle, we used homodyne measurements enabling one party to make different measurements and the other, using quantum tomography, to test the effect of those choices. Through these different measurements, you see the wave function collapse in different ways, thus proving its existence and showing that Einstein was wrong.