How Wolves Change the Course of Rivers (video) 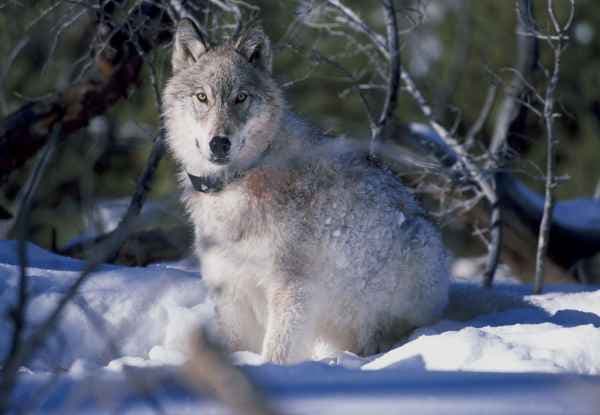 Unfortunately, sometimes, things come together in ways that we don't expect or intend. Actually, when we are talking about the environment, this happens quite a lot (pretty much on a daily basis). Take, for example, the Burmese python. This is a rather large species of snake which is sometimes kept as a pet. They are native to South Asia, but of course, people all around the world have these enormous "pets."

And if you didn't already know, they are rather enormous creatures.

The Burmese python averages about 12 feet (3.7 meters) in length. This means that they eat quite a lot. Unsurprisingly, some people have found it difficult to care for an animal with such a voracious appetite. As a result, some (rather thoughtless) individuals decided to release their pet pythons back into the wild so that they would no longer have to pay for their care.

This is precisely what happened in Florida (specifically, in the everglades region of the United States). The problem with this is that the Burmese python is not a native of Florida. As such, the pythons have no natural predators in the region. Thus, the creatures have bred and multiplied exponentially, driving off other predators and essentially wiping out much of the regions mammal populations.

Ultimately, scientists estimate that there are some 30,000 snakes now inhabiting the region, and that's the low-end estimate. Some figures put the numbers in the hundreds of thousands

Similar thoughtless practices led to the decline of wolves in Yellowstone National Park. In fact, wolves were entirely absent from the park for nearly 70 years. Now, a few wolves may not seem like such a big deal, but they are. You see, when people say that everything on Earth is connected, it's not just pandering to people's emotions—it's an ecological statement.

Ultimately, the reintroduction of wolves completely reshaped the region, resulting is what is known as "a trophic cascade."  In this video, George Monbiot explains how wolves were able to reshape a habitat, literally changing the course of rivers. It will make you rethink how you see yourself in relation to the rest of Earth's inhabitants.

The important thing to remember is not that wolves are terribly important, but that all species have a place (and a function) in relation to Earth's systems. Each species evolved over the course of millions of years alongside other organisms, so if you suddenly remove one (or introduce it into a foreign area as an invasive species),  you upset this delicate balance, and things are going to go very poorly. if, however, you are able to restore a species to their proper niche, you will generally see great improvements. As this video reveals...