Protesters Interrupt Amazon Event to Decry Its Work With ICE

"Amazon Rekognition is primed for abuse in the hands of governments." 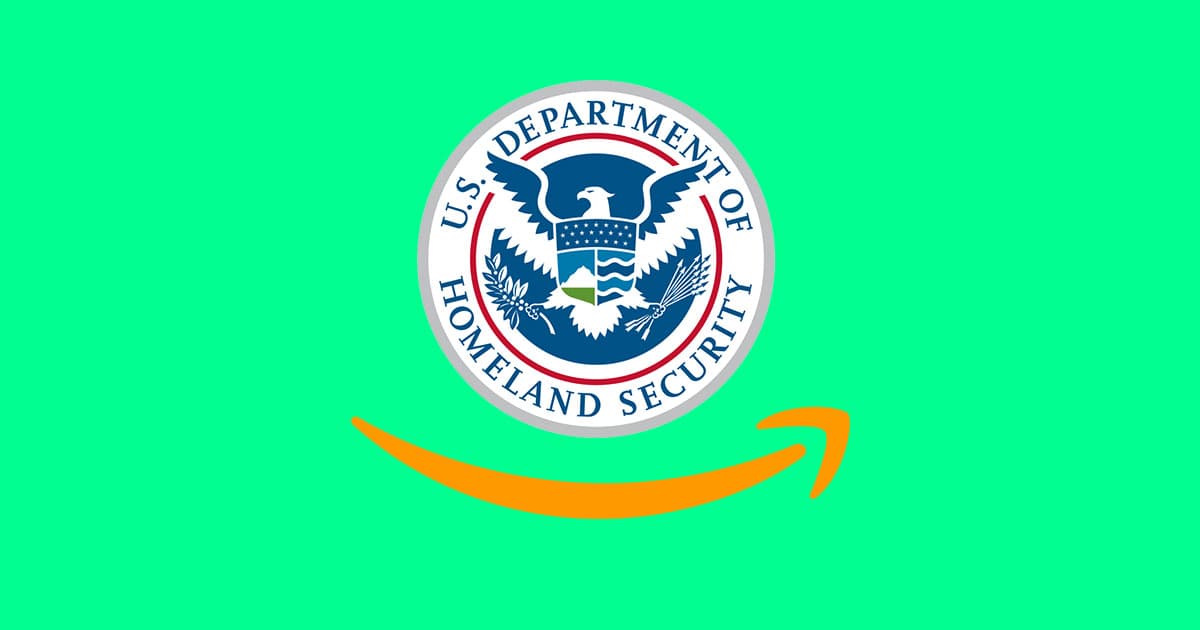 Protests broke out at Amazon's AWS Summit, a conference hosted in New York City to celebrate the company's cloud computing services, on Thursday.

As Amazon CTO Werner Vogels gave a presentation, a group led by a man identified in a tweet as a tech worker interrupted to protest the online retailer-turned-tech giant's ties with U.S. Immigration and Customs Enforcement (ICE), the federal law enforcement agency responsible for enforcing immigration policy. ABC News reports that tech workers and immigration activists held protests throughout the event, temporarily blocking traffic in Manhattan.

The protestors take issue with Amazon's contracts with the military technology company Palantir, which develops artificial intelligence systems for government agencies and currently relies on Amazon services to support its tech.

The protesters also called on Amazon to stop selling its facial recognition AI software, Rekognition, to the government agencies like ICE that monitor and target immigrants as well as to other companies that hold government contracts.

At a time when the U.S. operates detention centers that house immigrants and asylum seekers in crowded, inhumane conditions and on the eve of nationwide raids during which ICE plans to track down and arrest thousands of immigrants living in major cities, the protesters demanded Amazon stop working with those that oppress marginalized populations.

Vogels was caught off guard by the protests but continued on about the specifics of AWS, according to ZDNet.

"I'm more than willing to have a conversation, but maybe they should let me finish first," Vogels said amidst protesters, whose audio was cut off on Amazon's official livestream of the event, per ZDNet.

"We'll all get our voices heard," he said before returning to his planned speech.

As the federal government cracks down on immigration, facial recognition tools like Rekognition will only make it easier to target the vulnerable, and protesters see that longstanding partnership as Amazon actively profiting off of cruelty.

"Amazon Rekognition is primed for abuse in the hands of governments. This product poses a grave threat to communities, including people of color and immigrants, and to the trust and respect Amazon has worked to build," the American Civil Liberties Union wrote in June 2018. "Amazon must act swiftly to stand up for civil rights and civil liberties, including those of its own customers, and take Rekognition off the table for governments."

Read This Next
Hell on Earth
Internet Aghast at AI Facial Recognition Used to Identify Dead Russian Soldiers
Face It
Ukraine Reportedly Using Facial Recognition to Send Photos of Dead Russian Soldiers to Their Mothers
Company Town
Amazon Pays for High School Class About How to Be an Amazon Grunt
Deadly Delivery
Amazon Wouldn't Let Driver Stop Deliveries as Tornado Struck
Phone It In
Amazon Under Fire for Workplace Cell Phone Ban After Deadly Warehouse Collapse
More on Future Society
Musk's Guns
Yesterday on the byte
We Are Alarmed by Every Detail of Elon Musk's Bedside Table
Head Like A Hole
Nov 23 on futurism
Elon Musk's Crying About Trent Reznor Shows That He Is a Big, Big Baby
Miserly Musk
Nov 22 on the byte
Cheapskate Elon Musk Refusing to Pay Bills at Twitter
READ MORE STORIES ABOUT / Future Society
Keep up.
Subscribe to our daily newsletter to keep in touch with the subjects shaping our future.
+Social+Newsletter
TopicsAbout UsContact Us
Copyright ©, Camden Media Inc All Rights Reserved. See our User Agreement, Privacy Policy and Data Use Policy. The material on this site may not be reproduced, distributed, transmitted, cached or otherwise used, except with prior written permission of Futurism. Articles may contain affiliate links which enable us to share in the revenue of any purchases made.
Fonts by Typekit and Monotype.