Predicting 2017: A Look At Humanity's Future in Space

This year is going to be simply remarkable. 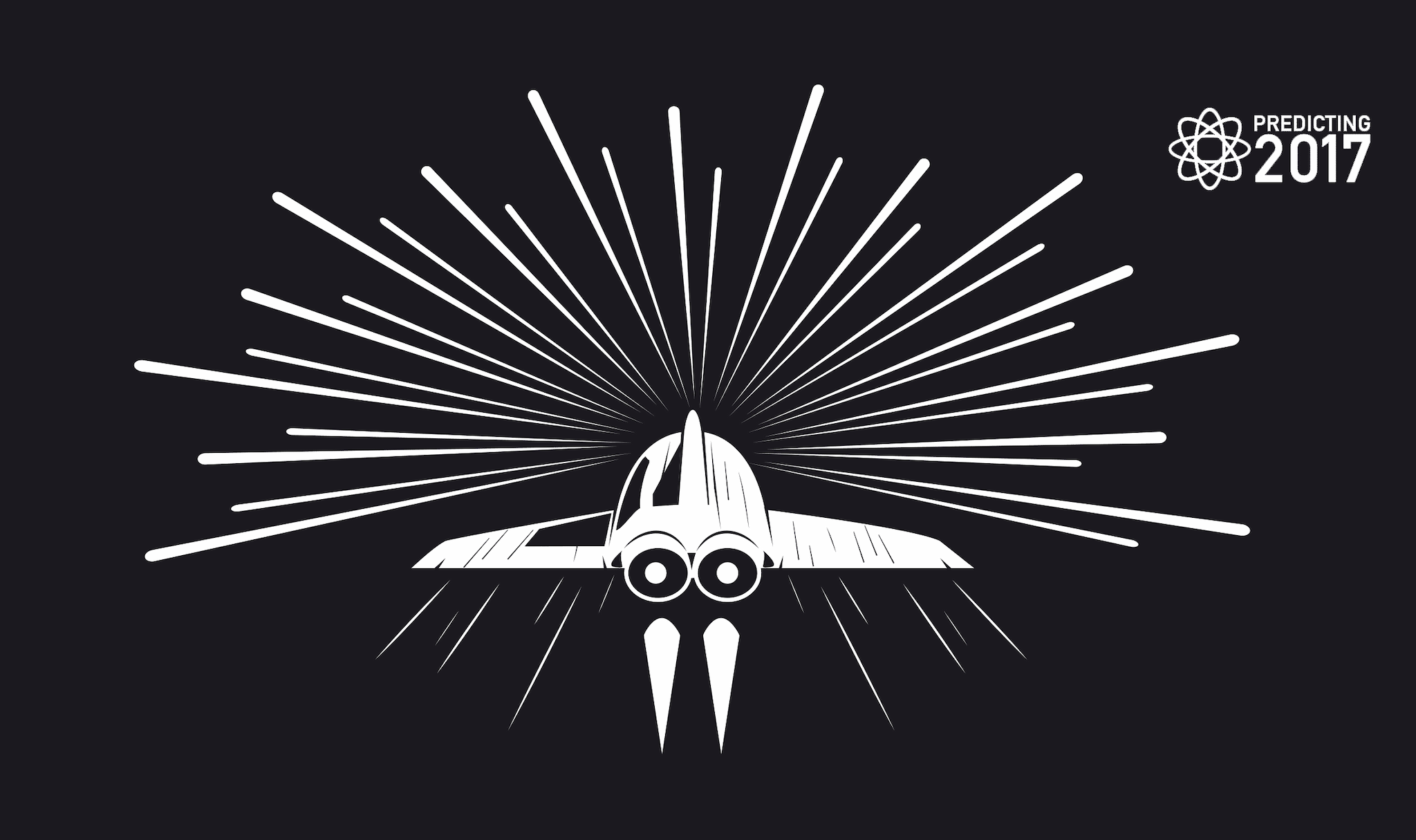 2016 was a remarkable year for space, full of notable firsts and spectacular discoveries. The year opened with a bang (quite literally) when LIGO confirmed the first detection of gravitational waves from colliding black holes, and it took off from there— SpaceX landed a reusable booster on an oceangoing droneship, an Earth-sized planet was finally confirmed to orbit the nearest star, the OSIRIS-REx probe was dispatched to sample an asteroid, and Stephen Hawking announced he wants to send tiny spacecraft to the stars.

And 2017, we feel pretty confident in predicting, will be even better. So, in that spirit, here’s a sample of what we think will be some of the most exciting headlines in space for the coming year.

Gravitational wave astronomy had a pretty good year in 2016, no doubt about it. In fact, it was Year One for that fledgling science, but now it’s time to begin the systematization of the field and look to refine the instruments and hone their precision. 2017 will be the year that the LIGO telescopes in Washington and Louisiana are joined by the European Virgo interferometer in Italy, which will finally allow astronomers to triangulate the gravitational wave signals they’re detecting.

With luck, sometime in the coming year, we’ll finally pinpoint the location of the colliding black holes whose swan song we’ve been hearing in the ripples of spacetime; and by coordinating with space telescopes, we might even succeed in glimpsing a visual counterpart to the phenomenon.

Okay, maybe this one’s a little obvious — especially considering the enormous strides that the billionaire rocket-boys are yearly making. Still, it bears repeating…no, it bears shouting from the rooftops: every new advance in private spaceflight brings us closer to one of those great societal “phase transitions” — a new economy, a new paradigm, a whole new history.

Virgin Galactic is still looking to get back in the game after its SpaceShipTwo fatally broke apart over the Mojave Desert in 2014; and one of its other ventures, a commercial supersonic transporter, is slated to begin prototype testing in late 2017. Meanwhile, Bezos’ Blue Origin is still on track to begin launching test astronauts before the year’s end. And that’s a big deal, folks, because it would mean the private space companies have graduated from launching inert payloads of expensive electronics to finally lofting delicate packages of fragile human flesh — perhaps the most expensive resource we have.

So let’s hope 2017 isn’t just another year of remarkable firsts in private spaceflight. Let’s hope it marks a turning point in human history.

SpaceX Gets Its Mojo Back

For SpaceX, 2016 was a mixed bag — they achieved some notable spaceflight milestones, as we mentioned above, and Musk announced his audacious plans to colonize Mars; but there were some setbacks, too, which we’re quite sure the company is more than willing to delete from its collective hard drive.

But SpaceX is set to blast into 2017 on Sunday with its first launch since the September disaster. Look for more milestones in the year ahead—from the long-awaited maiden flight of the Falcon Heavy, to test flights of its crew capsule (including a manned mission?—hey, we can dream), to further updates on Musk’s marvelous Martian stratagem.

The Red Planet has never felt closer than it does today; and nowadays it seems the world turns on Elon Musk’s dreams. So a healthy, pioneering SpaceX is something we can all root for.

The End of an Era

It seems that 2017 will also be the year we bid goodbye to the steadfast Cassini, whose Saturnian sojourn will finally come to an end when the probe plummets into the Ringed Planet’s atmosphere — a spectacular farewell salute to its longtime host. That day in the middle of September will be bittersweet — a sad but necessary conclusion to a two-decade mission that provided us with a wealth of discoveries, magnificent images, and forever changed our understanding of the Solar System.

The splendid little spacecraft will continue doing science up to the very end — spending some months swinging between Saturn and its mighty rings, and snapping pictures throughout its suicidal plunge into the great planet’s atmosphere.

Look for space infrastructure to rapidly grow in 2017. These are the little, less-heralded things that end up having major consequences. NASA (tentatively) expects to launch its Deep Space Atomic Clock technology demonstrator by the end of the year, which aims to improve the navigation of intra-Solar System spacecraft by orders of magnitude; and those in the know are betting big on the kickoff of OneWeb’s dream of a globally available, space-based internet.

Meanwhile, the launch of NASA’s TESS (Transiting Exoplanet Survey Satellite) by year’s end will further expand our understanding of the universe. Like its predecessor, the fruitful Kepler Telescope, TESS will use the transiting method to seek out new worlds, and…well, if we’re lucky, maybe new civilizations too.  And don’t forget Juno, whose science mission at mighty Jupiter will really begin in 2017.

We’ve only picked out some of the most exciting potential trends and developments in space in 2017, extrapolating from last year and relying (perhaps overmuch) on the forecasts of private space companies and national space agencies.

But our greatest hopes for the new year lie in the unexpected—those new discoveries we just can’t predict, like the detection of GW150914, or the discovery of Proxima Centauri b, or finding the potentially habitable worlds of TRAPPIST-1.

So stay tuned to Futurism—it’s going to be an exciting year!

Read This Next
Shot Well
Head of NASA Relieved to Hear Elon Musk Isn't REALLY Running SpaceX
Pale Blue Shat
William Shatner Explains Why His Trip to Space Was Horrible
Overview Effect
William Shatner Says His Space Trip Left Him With a Feeling of Terrible Grief
Makeover Scene
Space Tourist Says He's Thinking About Flying SpaceX Craft Up to Fix Hubble
Grain of Salt
There's a Huge Problem With Elon Musk's Promise to Bring Starlink to Iran
More on Off World
Grrrrrrrr
4:06 PM on the byte
Internet Erupts as NASA Spots Cartoon Bear on Surface of Mars
Gl1tc4
2:44 PM on the byte
NASA Says Another James Webb Instrument Has Suffered a Glitch
comet Spotting
2:06 PM on the byte
Behold! Dazzling Green Comet Approaches
READ MORE STORIES ABOUT / Off World
Keep up.
Subscribe to our daily newsletter to keep in touch with the subjects shaping our future.
+Social+Newsletter
TopicsAbout UsContact Us
Copyright ©, Camden Media Inc All Rights Reserved. See our User Agreement, Privacy Policy and Data Use Policy. The material on this site may not be reproduced, distributed, transmitted, cached or otherwise used, except with prior written permission of Futurism. Articles may contain affiliate links which enable us to share in the revenue of any purchases made.
Fonts by Typekit and Monotype.