It's Official: Police Are Testing Out Boston Dynamics' Robot Dog 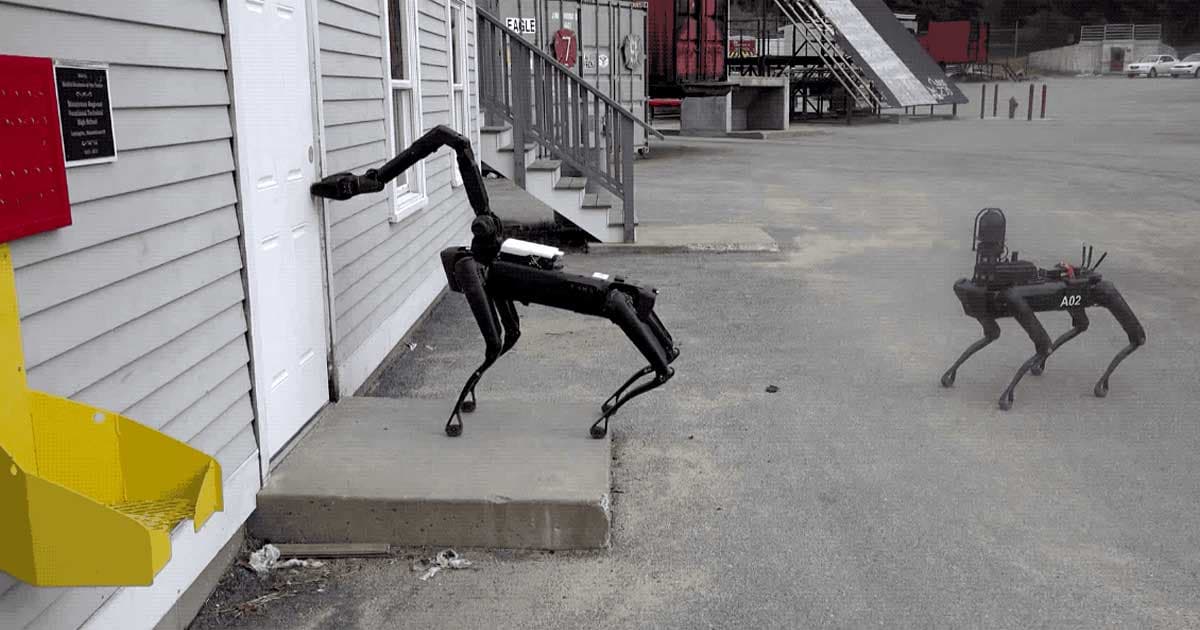 In August, the organization filed a public records request for any documents relating to the agency's use of Spot, as well as any records relating to its "plans for, acquisition of, and/or use of robotics" since 2015.

The lease agreement obtained by the ACLU notes that the Massachusetts State Police's Bomb Squad would have possession of the robot at all times and would be evaluating its "capabilities in law enforcement actions, particularly remote inspection of potentially dangerous environments."

Additionally, police spokesman David Procopio told WBUR that the agency used Spot the same way it did other robots: as a "mobile remote observation device."

"Robot technology is a valuable tool for law enforcement," he said, "because of its ability to provide situational awareness of potentially dangerous environments."

However, he didn't share any exact details on how agency tested Spot or expand on the two incidents during which police told WBUR they used the robot outside of testing.

Boston Dynamics' Vice President of Business Development Michael Perry, meanwhile, assured WBUR that there was no chance of the Massachusetts State Police using Spot as a weapon.

"Part of our early evaluation process with customers is making sure that we're on the same page for the usage of the robot," Perry said. "So upfront, we're very clear with our customers that we don't want the robot being used in a way that can physically harm somebody."

Ultimately, it sounds like the Bomb Squad mostly wanted to see if Spot would be an improvement on whatever robots it was already using — but it's hard to fault the ACLU for requesting more details on the testing, especially given American law enforcement's past use of robots to kill.

"All too often, the deployment of these technologies happens faster than our social, political, or legal systems react," ACLU Massachusetts' Technology for Liberty Program Director Kade Crockford said in a statement to TechCrunch.

"We urgently need more transparency from government agencies," she added, "who should be upfront with the public about their plans to test and deploy new technologies."

Read This Next
Quacks Like a Duck
Watching Elon Musk's Robot Back to Back With Boston Dynamics Is... Something
Wait What
FCC Commissioner Says He's Afraid of Robodogs and We Can't Tell If He's Joking
Bot Crime
Experts Shocked by Military Robodog With Sniper Rifle Attachment
Good Riddance
After Public Rage, NYPD Secretly Fires Robot Dog
Dog Days
NYPD Robodog Involved in Arrest of Man With Gun
More on Robots & Machines
Robot Arm News
3:13 PM on the byte
European Space Agency Shows Off Concept for Martian Sample Picker-Upper
From the Dept. of...
12:00 AM on futurism
The Best Desk Lamps of 2023
Robot Ridicule
Yesterday on the byte
Hilarious Video Shows Boston Dynamics Robot Failing Horribly
READ MORE STORIES ABOUT / Robots & Machines
Keep up.
Subscribe to our daily newsletter to keep in touch with the subjects shaping our future.
+Social+Newsletter
TopicsAbout UsContact Us
Copyright ©, Camden Media Inc All Rights Reserved. See our User Agreement, Privacy Policy and Data Use Policy. The material on this site may not be reproduced, distributed, transmitted, cached or otherwise used, except with prior written permission of Futurism. Articles may contain affiliate links which enable us to share in the revenue of any purchases made.
Fonts by Typekit and Monotype.