The Most Ridiculous Deals for Pi Day

We did the math. 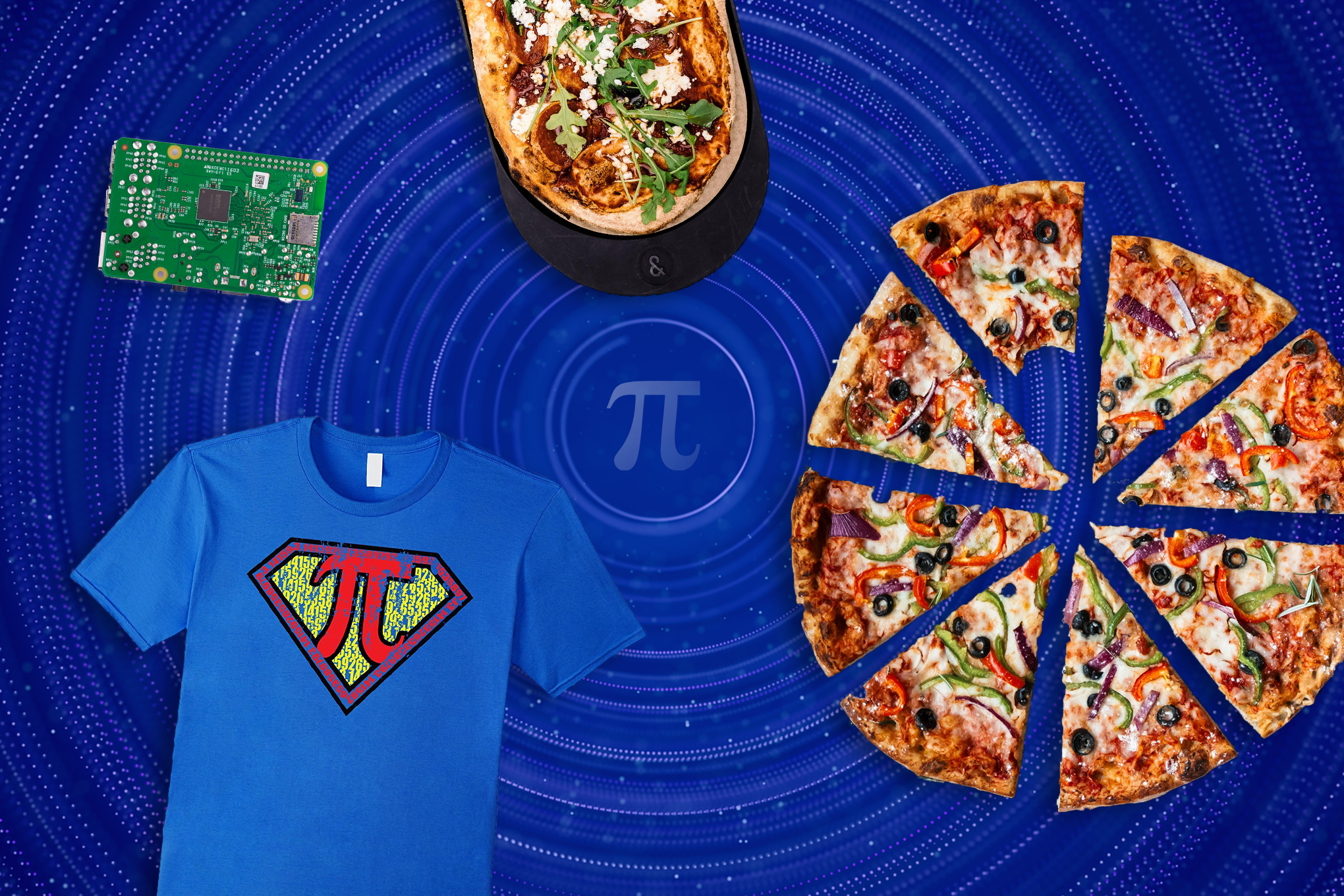 We celebrate pi because it's an incredible sequence of math—in a world where hard, finite fixtures of truth typically rule the day, in pi, we have an "irrational" number, a sequence that extends into infinity. From its theoretical implications to its practical applications, pi is a fascinating, incredible thing to behold.

But its 2018, so like everything else, it's mostly just another reason for brands to shoehorn "deals" for their products into your social feeds, into your face, and thus, Pi Day is truly for deals. Here are the most inane ways companies are trying to get people to fork over their hard-earned green on Pi Day:

Yes, brands love playing the "pie" / "pi" wordplay games. As such, there is pie. Ostensibly, free pie. For example, the Grand Traverse Pie Company gives you a free slice of pie with every purchase, Boston Market gives you free chicken pot pie, and Pizza Nova is offering pizza pie for just $3.14.

It's #PiDay! Purchase any pizza slice for $3.14 - in store only! Available from open til close, valid TODAY only. RT this post for your chance to win a $25 gift card! Find a location: https://t.co/H7jLcu12Bu pic.twitter.com/JW3jdH8eeR

6DollarShirts has a pi shirt that's also a pie shirt. It's a two-for-one, basically. Need some new kicks? Then head over to Groove Bags, where you can snag some pi day shoes. And then there's this pi shirt from Science of the Shirt.

Raspberry Pi and other maker kits happen to be on sale today over at Newegg. You can save more than $30 on raspberry pi robot kits and about $10 on a DIY Pi Desktop case (replete with a Raspberry Pi 3 board and PSU). ThinkGeek also getting in on the Pi Day deals. If you spend at least $50, then you’ll be able to get a free Sir Cumference Pi Day t-shirt. You will need to code “Roundtable” at checkout in order to cash in on this deal.

Love pizza? Love mathematical constants? Love your significant other? Why not marry them? But, actually: Yes, you can get married at a pizza shop on pi day for free. Today, regional pizza chain "&pizza" (their actual name) will transform their shops into ceremonial houses of matrimony, and they'll be giving away free weddings to happy couples.

PI DAY-CAN YOU HEAR THE BELLS? // tomorrow our Chinatown, Fed Hill, Astor and Walnut shops will transform into wedding chapels // stop by, follow along in our IG story, and maybe we'll make your day a little special too ? pic.twitter.com/7I2de4ICFN

Great. Now let's see if the brilliant marketers charged with the aforementioned efforts can come up with anything good for Tau Day. Stay woke, pi shillers.

3/14/18 4:12 PM Editor's note: A previous version of this piece stated that we have been celebrating Pi Day since 2009. That is the year in which Congress made the "holiday" official, but it was first popularized by physicist Larry Shaw in 1988. We don't know exactly when you started celebrating Pi Day, but either way we apologize for the error.

Read This Next
Brands We Love
Futurism's 2019 Prime Day Picks: Our Favorite Deals From Amazon's Annual Summer Sale
More on Op-Ed
SPONSORED CONTENT
9. 30. 21 on futurism
Buy Delta 8 THC Online: Top D8 Companies of 2021
SPONSORED CONTENT
9. 27. 21 on futurism
Delta 8 Carts Near Me: Top 15 Brands to Buy From
Mirror, Mirror
5. 16. 21 on the byte
Watch the James Webb Space Telescope Open Its Massive, Golden Mirrors
READ MORE STORIES ABOUT / Op-Ed
Keep up.
Subscribe to our daily newsletter to keep in touch with the subjects shaping our future.
+Social+Newsletter
TopicsAbout UsContact Us
Copyright ©, Camden Media Inc All Rights Reserved. See our User Agreement, Privacy Policy and Data Use Policy. The material on this site may not be reproduced, distributed, transmitted, cached or otherwise used, except with prior written permission of Futurism. Articles may contain affiliate links which enable us to share in the revenue of any purchases made.
Fonts by Typekit and Monotype.