Stephen Hawking could finally get his Nobel prize. 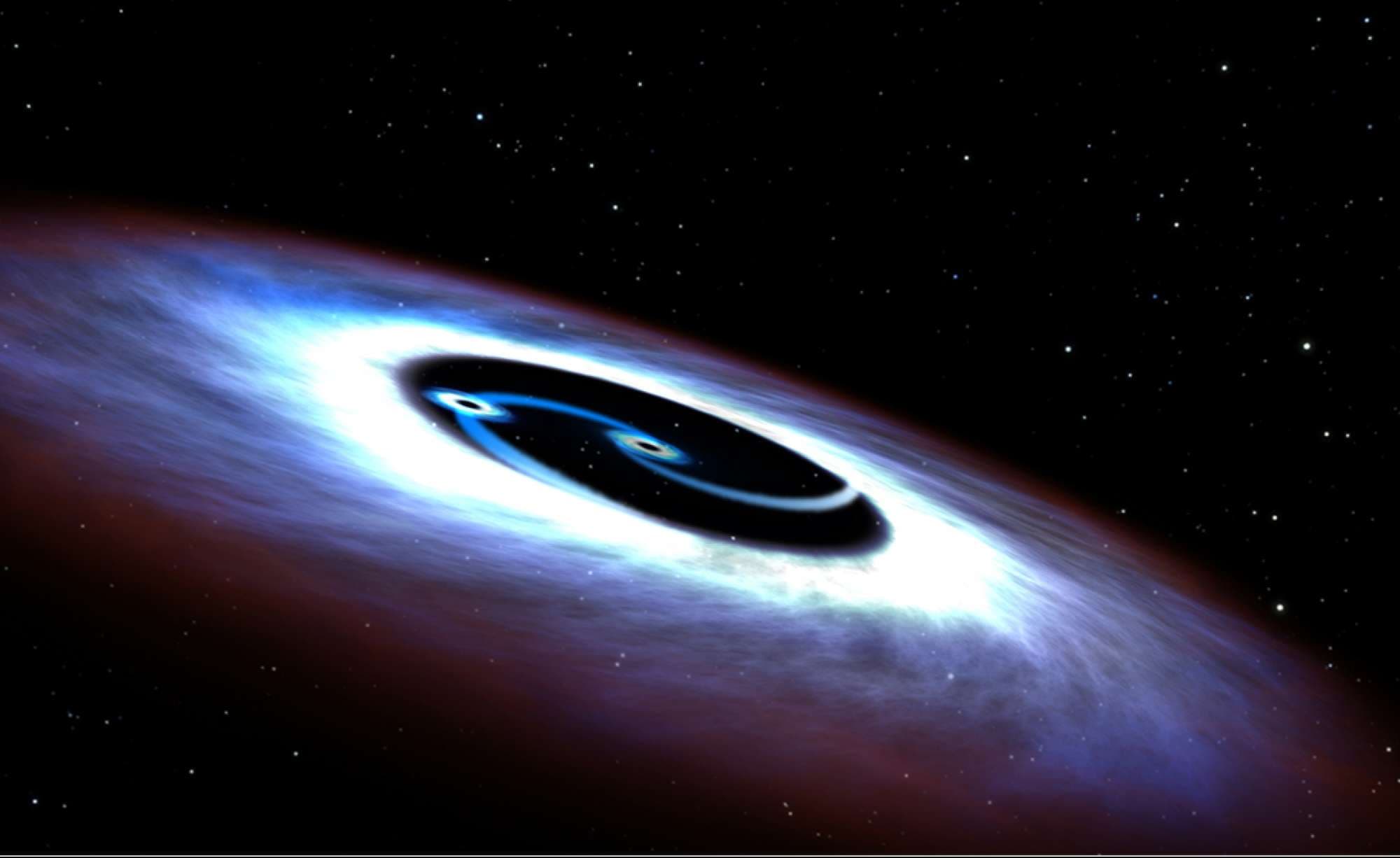 Some 42 years ago, renowned theoretical physicist Stephen Hawking proposed that not everything that comes in contact with a black hole succumbs to its unfathomable nothingness. Tiny particles of light (photons) are sometimes ejected back out, robbing the black hole of an infinitesimal amount of energy, and this gradual loss of mass over time means every black hole eventually evaporates out of existence.

Known as Hawking radiation, these escaping particles help us make sense of one of the greatest enigmas in the known Universe, but after more than four decades, no one’s been able to actually prove they exist, and Hawking’s proposal remained firmly in hypothesis territory.

But all that could be about to change, with two independent groups of researchers reporting that they’ve found evidence to back up Hawking's claims, and it could see one of the greatest living physicists finally win a Nobel Prize.

Let’s go back to 1974, when all of this began. Hawking had gotten into an argument with Princeton University graduate student, Jacob Bekenstein, who suggested in his PhD thesis that a black hole’s entropy - the 'disorder' of a system, related to its volume, energy, pressure, and temperature - was proportional to the area of its event horizon.

As Dennis Overbye explains for The New York Times, this was a problem, because according to the accepted understanding of physical laws at the time - including Hawking’s own work - the entropy and the volume of a black hole could never decrease.

Hawking investigated the claims, and soon enough, realised that he had been proven wrong. "[D]r Hawking did a prodigious calculation including quantum theory, the strange rules that govern the subatomic world, and was shocked to find particles coming away from the black hole, indicating that it was not so black after all," Overbye writes.

Hawking proposed that the Universe is filled with 'virtual particles' that, according to what we know about how quantum mechanics works, blink in and out of existence and annihilate each other as soon as they come in contact - except if they happen to appear on either side of a black hole's event horizon. Basically, one particle gets swallowed up by the black hole, and the otherradiates away into space.

The existence of Hawking radiation has answered a lot of questions about how black holes actually work, but in the process, raised a bunch of problems that physicists are still trying to reconcile.

"No result in theoretical physics has been more fundamental or influential than his discovery that black holes have entropy proportional to their surface area,"says Lee Smolin, a theoretical physicist from the Perimeter Institute for Theoretical Physics in Canada.

While Bekenstein received the Wolf Prize in 2012 and the American Physical Society’s Einstein prize in 2015 for his work, which The New York Times says are often precursors to the Nobel Prize, neither scientist has been awarded the most prestigious prize in science for the discovery. Bekenstein passed away last year, but Hawking is now closer than ever to seeing his hypothesis proven.

The problem? Remember when I said the escaping photons were stealing an  infinitesimal amount of energy from a black hole every time they escaped? Well, unfortunately for Hawking, this radiation is so delicate, it’s practically impossible to detect it from thousands of light-years away.

As Oliver Moody reports for The Times, Steinhauer has managed to created a lab-sized ‘black hole’ made from sound, and when he kicked it into gear, he witnessed particles steal energy from its fringes.

Reporting his experiment in a paper posted to the physics pre-press website,arXiv.org, Steinhauer says he cooled helium to just above absolute zero, then churned it up so fast, it formed a 'barrier' through which sound should not be able to pass.

"Steinhauer said he had found signs that phonons, the very small packets of energy that make up sound waves, were leaking out of his sonic black hole just as Hawking’s equations predict they should," Moody reports.

To be clear, the results of this experiment have not yet been peer-reviewed - that’s the point of putting everything up for the public to see on arXiv.org. They’re now being mulled over by physicists around the world, and they’re already proving controversial, but worthy of further investigation.

"The experiments are beautiful," physicist Silke Weinfurtner from the University of Nottingham in the UK, who is running her own Earth-based experiments to try and detect Hawking radiation, told The Telegraph. "Jeff has done an amazing job, but some of the claims he makes are open to debate. This is worth discussing."

Meanwhile, a paper published in Physical Review Letters last month has found another way to strengthen the case for Hawking radiation. Physicists Chris Adami and Kamil Bradler from the University of Ottawa describe a new technique that allows them to follow a black hole’s life over time.

That’s exciting stuff, because it means that whatever information or matter that passes over the event horizon doesn’t ‘disappear’ but is slowly leaking back out during the later stages of the black hole’s evaporation.

"To perform this calculation, we had to guess how a black hole interacts with the Hawking radiation field that surrounds it," Adami said in a press release. "This is because there currently is no theory of quantum gravity that could suggest such an interaction. However, it appears we made a well-educated guess because our model is equivalent to Hawking’s theory in the limit of fixed, unchanging black holes."

Both results will now need to be confirmed, but they suggest that we’re inching closer to figuring out a solution for how we can confirm or disprove the existence of Hawking radiation, and that’s good news for its namesake.

As Moody points out, Peter Higgs, who predicted the existence of the Higgs boson, had to wait 49 years for his Nobel prize, we’ll have to wait and see if Hawking ends up with his own.

Read This Next
Falling In
Objects We Thought Were Black Holes May Actually Be Wormholes, Scientists Say
Black Hole Snapshot
Scientists Release Image of Black Hole at Center of Our Galaxy
Sucking Atmospheres
Scientists Spot Ravenous "Vampire" Star Devouring Its Neighbor
Yuge
Scientists Discover Enormous Black Hole Right Near Our Galaxy
EHT Tu, Black Hole
Astronomers Release Stunning New Image of Black Hole
More on Hard Science
Warped Tour
Yesterday on futurism
Professor Believes Door to Warp Drive May Lie With Ethylene Glycol
Sky Bursts
Yesterday on the byte
Astronomers Intrigued by 25 Mysterious Repeating Radio Signals From Deep Space
Tractor Beam
Jan 26 on the byte
Scientists Build Working Tractor Beam, Although It's Comically Tiny
READ MORE STORIES ABOUT / Hard Science
Keep up.
Subscribe to our daily newsletter to keep in touch with the subjects shaping our future.
+Social+Newsletter
TopicsAbout UsContact Us
Copyright ©, Camden Media Inc All Rights Reserved. See our User Agreement, Privacy Policy and Data Use Policy. The material on this site may not be reproduced, distributed, transmitted, cached or otherwise used, except with prior written permission of Futurism. Articles may contain affiliate links which enable us to share in the revenue of any purchases made.
Fonts by Typekit and Monotype.