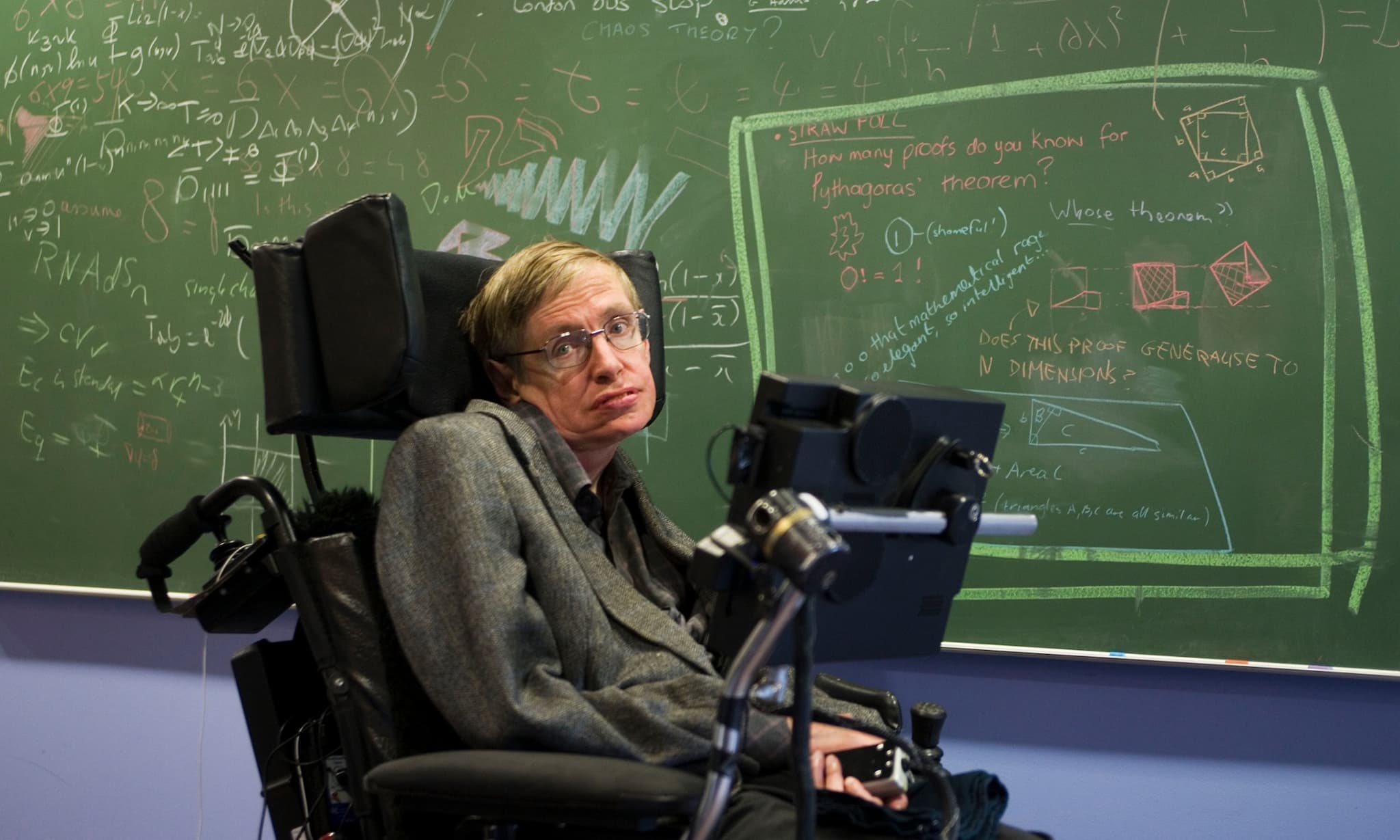 Call it a coincidence or a destiny written in the stars, but on January 8, 1942, exactly 300 years after the death of Galileo, Stephen Hawking was born in Oxford England. He was born during a time of revolution—amidst the chaos and turmoil of World War II—and in due time, Hawking would himself revolutionize the world.

When he was 11 years old, Hawking attended St. Albans School and then moved to University College, Oxford, his father’s alma mater. His father wanted him to study medicine, but Hawking’s heart was on mathematics. Unfortunately, the University College did not have a mathematics program at that time, so (fortunately for us) he pursued physics instead.

Hawking breezed through the program, and after three years, he was bestowed with a first class honors degree in Natural Science.

An Illustrious Career at Cambridge

A lot of Hawking’s notable achievements took place in Cambridge, where he pursued a research track on cosmology...the very first to work in that field at that time.

He was hoping to be mentored by Sir Fred Hoyle—a notable astronomer, largely because of his theory of stellar nucleosynthesis, but who also became controversial for his rejection of the Big Bang theory. Instead, Hawking got Dennis Sciama as his supervisor, who is now considered one of the fathers of modern cosmology.

Following his Ph.D., Hawking served as a Research Fellow and eventually a Professorial Fellow at Gonville and Caius College. He left the Institute of Astronomy in 1973 and transferred to the Department of Applied Mathematics and Theoretical Physics. For three decades from 1979 to 2009, Hawking served as the Lucasian Professor of Mathematics, the most prestigious academic chair in the world.

How prestigious? The person who held the said academic chair before Hawking was Sir Isaac Newton.

Redefining the Universe as We Know It

Stephen Hawking carved his mark in cosmology with his groundbreaking theories on the basic laws of the universe.

Working with another cosmologist, Roger Penrose, he demonstrated that Albert Einstein’s General Theory of Relativity suggests that space and time begin in the Big Bang and end in black holes.

It was a discovery that led to the debunking of the initial theory that black holes are completely black, as Stephen Hawking showed that black holes emit radiation (since dubbed "Hawking radiation"), evaporate, and eventually disappear.

Brilliance Beyond the ALS

Stephen Hawking was diagnosed with the neurodegenerative disorder amyotrophic lateral sclerosis (ALS) shortly before his 21st birthday. His doctors said he had less than two years to live.

This all happened before he finished his Ph.D. at Cambridge and forever changed our understanding of the cosmos. Today, more than 50 years later, Stephen Hawking is still making many contributions to the field of cosmology.

In 2014, he theorized that black holes don’t possess an “event horizon”—that is, a point of no return where nothing escapes. Hawking asserted that, in place of an event horizon, black holes have an “apparent horizon” that varies based on the quantum changes in black holes. With quantum theory factored into the equation, energy and information can be held in a black hole for a period of time and then released back into space.

So, in other words, Hawking's got a lot left to say, and he's not shy about saying it. Oh, also, he's pretty hilarious.

Aside from being a preeminent cosmologist, Stephen Hawking is also a distinguished author, having published numerous books including the worldwide bestseller A Brief History of Time (1988).

In 2014, a critically acclaimed film based on Stephen Hawking’s life entitled The Theory Of Everything was released, prompting Hawking to say the following via a Facebook post: "Although I'm severely disabled, I have been successful in my scientific work. I travel widely and have been to Antarctica and Easter Island, down in a submarine and up on a zero-gravity flight. One day, I hope to go into space."

Not too shabby for a guy who wasn't supposed to live past his 23rd birthday.

Read This Next
Falling In
Objects We Thought Were Black Holes May Actually Be Wormholes, Scientists Say
Black Hole Snapshot
Scientists Release Image of Black Hole at Center of Our Galaxy
Space Lumps
Scientists Say We May Be Extremely Wrong About the Universe
Sucking Atmospheres
Scientists Spot Ravenous "Vampire" Star Devouring Its Neighbor
Yuge
Scientists Discover Enormous Black Hole Right Near Our Galaxy
More on Hard Science
Tractor Beam
Yesterday on the byte
Scientists Build Working Tractor Beam, Although It's Comically Tiny
Having a Blast
Jan 18 on the byte
New Study Shows Where You Should Hide to Survive a Nuclear Attack
Offworld Amino
Jan 15 on the byte
Scientists Find Building Blocks of Life in Meteor That Smashed Into Family's Driveway
READ MORE STORIES ABOUT / Hard Science
Keep up.
Subscribe to our daily newsletter to keep in touch with the subjects shaping our future.
+Social+Newsletter
TopicsAbout UsContact Us
Copyright ©, Camden Media Inc All Rights Reserved. See our User Agreement, Privacy Policy and Data Use Policy. The material on this site may not be reproduced, distributed, transmitted, cached or otherwise used, except with prior written permission of Futurism. Articles may contain affiliate links which enable us to share in the revenue of any purchases made.
Fonts by Typekit and Monotype.