Physicists Develop Theory For Construction of the Pyramids 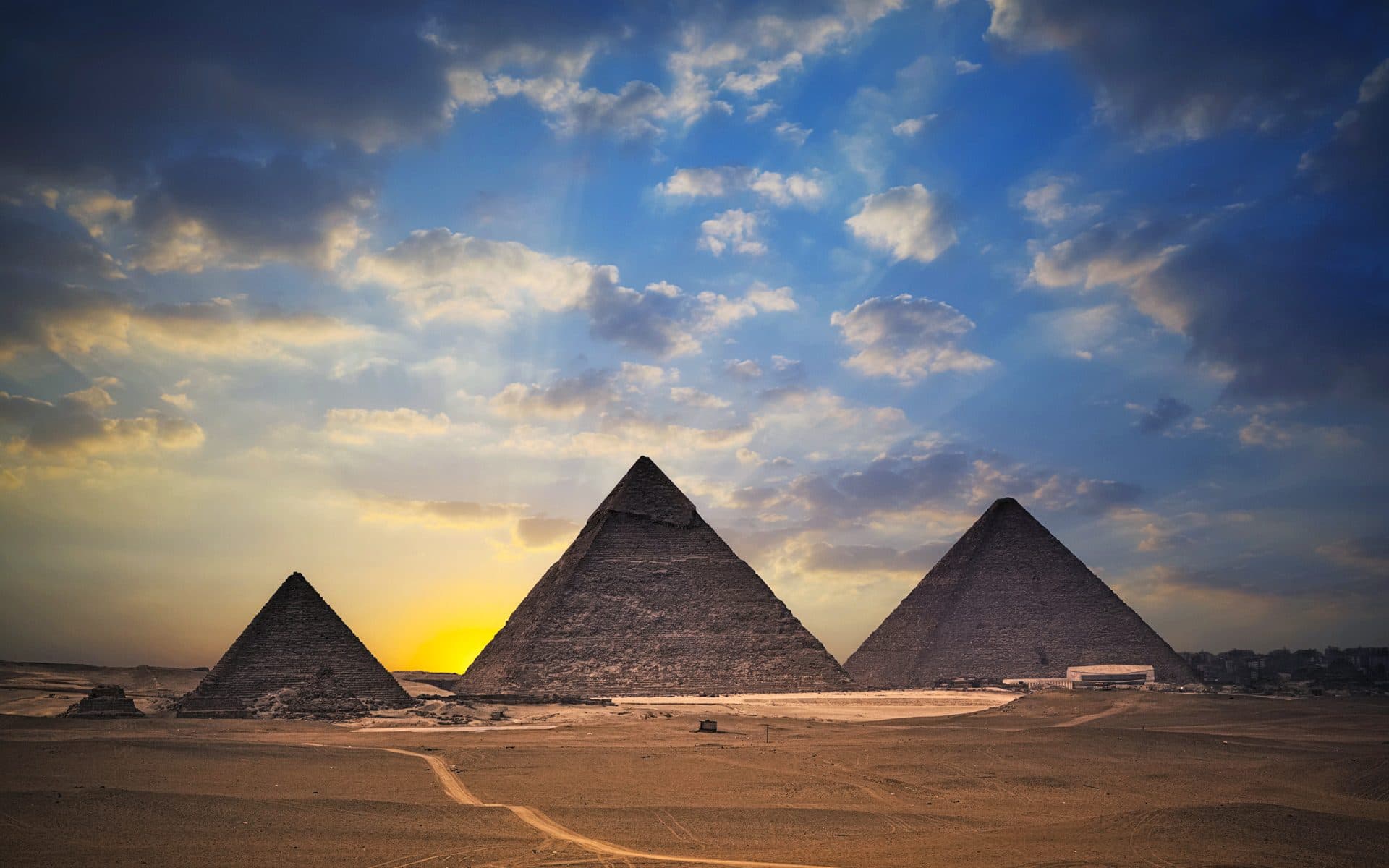 Scientists are plagued by a number of questions regarding ancient times. One of the most perplexing is how the ancient Egyptians moved the huge stones needed to build the pyramids. The stones were often as much as 2.5 tons, and without the assistance of modern technology, moving material of this size and weight is a truly amazing feat. Take the pyramid at Giza, for example, this structure is some 4,500 years old, and it is made from more than 2.4 million limestone blocks.  Individuals have proposed a number of different theories regarding the way that this task could have been accomplished (aliens is probably one of the more far-fetched). Now, scientists have uncovered a new hypothesis (No. It does not involve aliens).

It is all rather simple: Round rods.

The above image might look a little absurd, but it could have been used to solve a major problem that the ancient peoples faced when building the pyramids.

Ultimately, it all comes down to decreasing the amount of friction. In order to transport materials, the ancient peoples would utilize large sleds. These sleds enabled individuals to travel long distances across the desert sands with a lot of material, much like individuals who used sled-dogs in the snow. However, if you try and transport something really heavy (say, 2.5 tons), then the sled sinks into the ground and digs into the sand at the front of the sled. This sand would eventually build up, forming what is called a “berm,” and it would have to be regularly cleared away.

Of one of the oldest hypotheses regarding the construction of the pyramids asserts that round poles could have been placed in front of the blocks. As the block is pulled forward, the rods in the back would be picked up and placed at the front. However, as is true of the sled method mentioned above, constantly moving the rods from the back to the front would result in a terribly slow (and somewhat inefficient) method of transportation. Moreover, a lot of stress would be placed on the individual rods, causing them to break. According to current estimates, researches suggest that workers would only be able to move about 40 blocks per day using this method.

Yet, according to Indiana University physicist Joseph West and his colleagues, by attaching circle rockers to the blocks (as depicted in the above image), the ancient Egyptians could have turned the blocks into dodecagons that could be more easily rolled to their destination. The paper asserts:

A novel method for moving large stone blocks has been presented. The method involves the use of wooden rods applied externally to the stone block to facilitate rolling the block, rather than sliding it. By attaching 12 identical wooden rods to the faces of the block, one effectively transforms the block into a dodecagon prism with very little added mass, much lower ground pressure, and with good cross country mobility. The results are consistent with other researchers who attached wooden quarter circle “cradle runners” to full sized blocks...

The crew does, however, need to walk twice as far as the block is moved. It would seem that some variation of rolling the blocks should now be considered to be among the “best” and most likely method used to move the stones for the great pyramids.

According to their calculations, and based on the experimental data that they acquired by testing their hypothesis, a work crew of about 50 individuals would be required to move a block with a mass of 2.5 tons at the speed of 0.5 meters per second.

Of course, we may never have an absolute answer for how the pyramids were constructed, but this theory might have brought us one step closer.