And no, it doesn't involve ancient aliens. 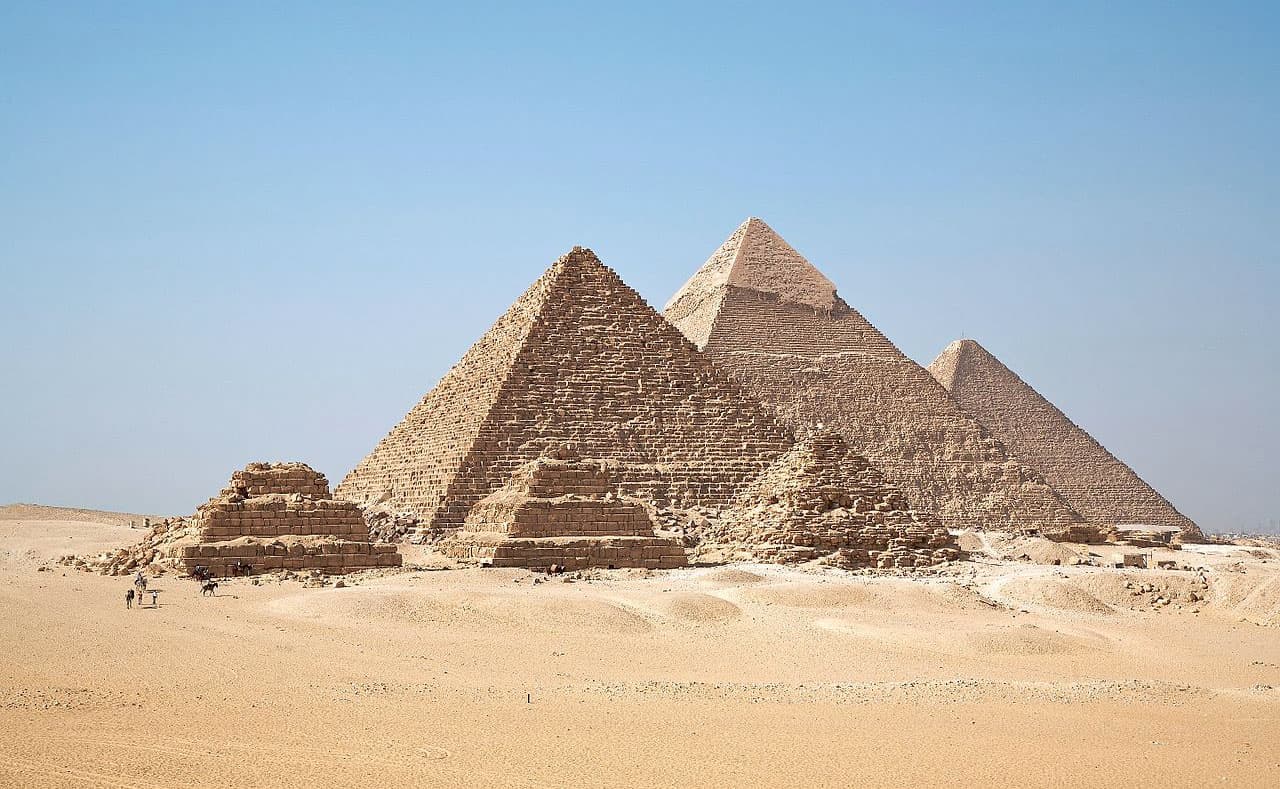 Scientists are plagued by a number of questions regarding ancient times, and one of the most perplexing is how the ancient Egyptians moved the huge stones needed to build the pyramids. The stones often weighed as much as 2.5 tons, and without the assistance of modern technology, moving an object of that size and weight is a truly amazing feat.

A number of individuals have proposed different ways this task could have been accomplished — alien builders is probably one of the more far-fetched. Now, it seems that we finally have a clear answer, and no, it does not involve extraterrestrials.

Researches from the University of Amsterdam think this ancient architectural mystery may have a rather simple solution: water.

Ultimately, the problem of moving these massive stones comes down to decreasing the amount of friction. In order to transport materials, ancient peoples would often utilize large sleds. Much like individuals who use sled-dogs in snowy climates, these sleds enabled dessert dwellers to carry a lot of material a long distance across the desert sands.

However, if you try to transport something really heavy (say, 2.5 tons) via one of these sleds, it will simply sink into the ground, digging into the sand at the front when it's pulled. This sand would eventually build up, forming what is called a "berm," and it would have to be regularly cleared away.

Obviously, this would be a terribly slow and tiresome process. In fact, it would be a very, very slow process. We know that the Great Pyramid took 20 years to build and required some 100,000 slaves, and the numbers just don't add up when standard sled transportation enters the equation.

So if all of the aforementioned conditions make it highly unlikely that the structure could have been completed in such a timeframe using that method, how was it built?

The key is water. Wet sand does not build up the same way that dry sand does. If you achieve just the right level of dampness, microdroplets of water will bind the grains of sand together, with capillary bridges forming across the grains.

Ultimately, this prevents the sand from berming in front of the sled. Amazingly, this process also cuts the amount of force required to drag the sled in half, which would make it possible to complete the project in the time we know that it took.

The University of Amsterdam press release explains how the researchers reached their conclusion:

The physicists placed a laboratory version of the Egyptian sledge in a tray of sand. They determined both the required pulling force and the stiffness of the sand as a function of the quantity of water in the sand. To determine the stiffness, they used a rheometer, which shows how much force is needed to deform a certain volume of sand.

Experiments revealed that the required pulling force decreased proportional to the stiffness of the sand...A sledge glides far more easily over firm desert sand simply because the sand does not pile up in front of the sledge as it does in the case of dry sand.

What's more, ancient cave art seems to support this hypothesis. The artwork in the tomb of Djehutihotep reveals a scene of slaves hauling a colossal statue of the Middle Kingdom ruler. At the front, a person is depicted pouring liquid into the sand.

Now, we just need to figure out how the heck they made Stonehenge...