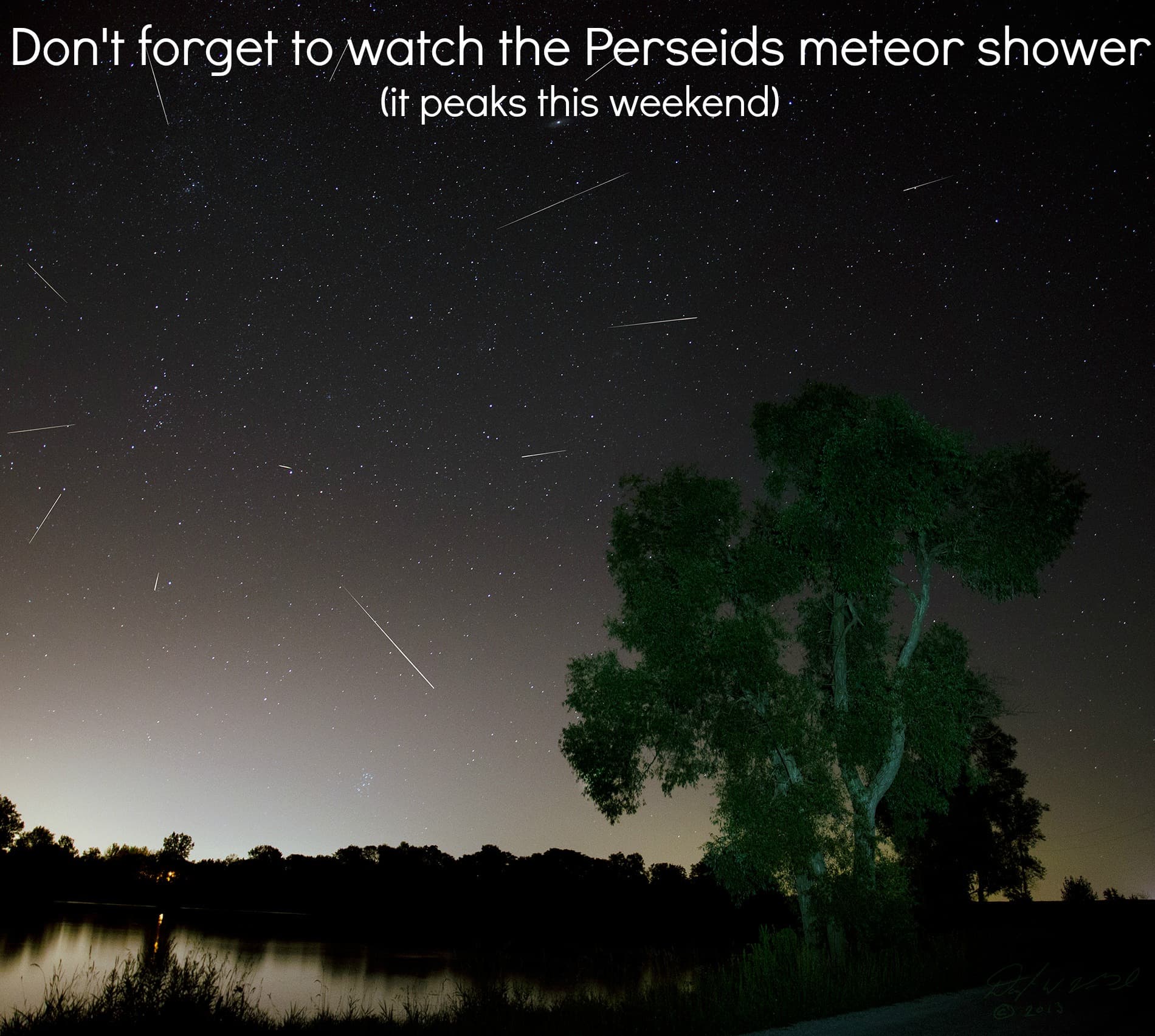 It's that time of year again, the Perseid meteor shower is about to peak. The shower officially peaks between August 10 and August 13, and this year it happens to coincide with a supermoon.

Where and When to View

The Perseids is best viewed by folks North of the Equator (sorry southerners), but some of the higher southern latitudes might be able to catch a few. The shower will be visible in the northeastern part of the sky, near zenith (which is the point directly above you). If you lay down and hang out, you should see them without any trouble.

The Perseids is best viewed in the middle of the night, in this case, the time between your local sunrise and sunset (this is the time when the sky is the darkest). Since the moon is full this weekend, it'll adversely affect your ability to see meteors, but there should still be plenty of visible meteors.

How (Best) To View

- Getting away from the City helps. The farthest you can get from the light pollution the better (but, the Perseids are visible from within a city, they just won't be as spectacular.

- You don't need any special equipment, just your naked eye.

- A blanket or comfortable chair (that allows you to stare at the sky) is a huge bonus. Nothing will ruin a meteor shower like your neck cramping up from looking directly overhead the entire night.

- Somebody to share it with. In astronomy, you are usually playing a waiting game with nature. Having someone along can both help pass time and it can help to add to the experience.