The truth may not be out there for much longer. 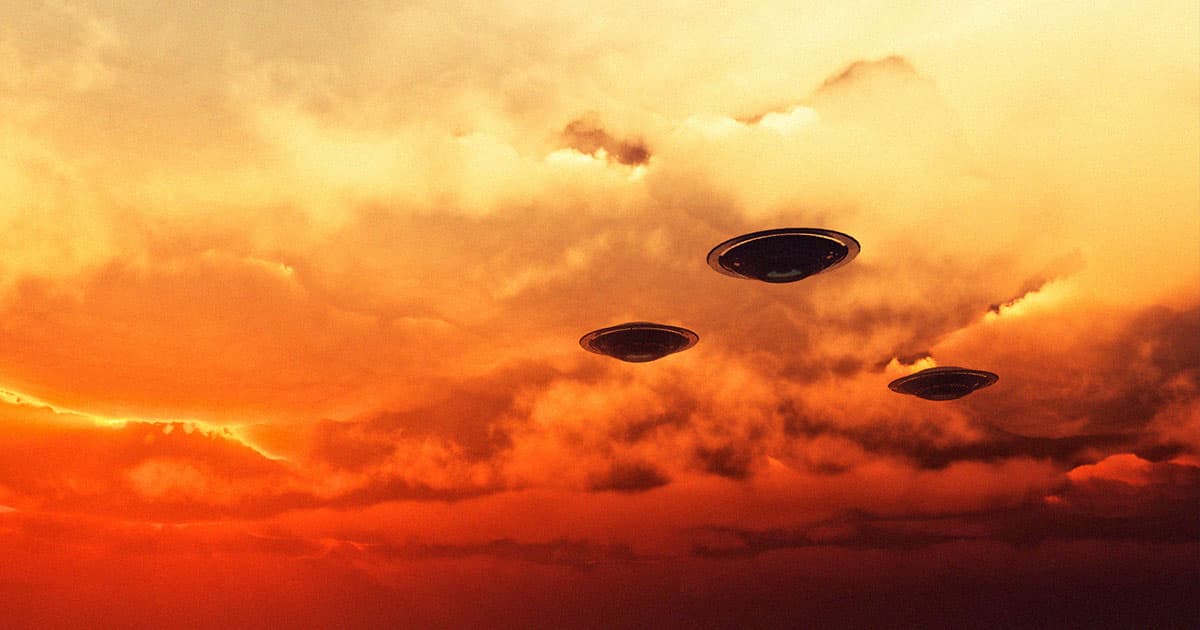 A new Pentagon department may be bad news for the degree of transparency that’s developed into the military’s secretive cache of UFO documentation.

In an editorial for The Hill, former defense analyst Marik von Rennenkampff argued that the Pentagon’s new Airborne Object Identification and Management Synchronization Group is very bad news for the four brief years of unprecedented openness into the government’s knowledge of UFOs (or, as they call them in militaryspeak, “Unidentified Aerial Phenomena”).

And von Rennenkampff should know — he was appointed to the Department of Defense under former President Barack Obama, and previously served as an analyst in the State Department.

Bolstered by interviews with other former officials, von Rennenkampff warned that the new DoD group, which will be under the Office of the Under Secretary of Defense for Intelligence & Security — what a mouthful! — is an attempt to turn back the clock on the steady drip of declassification of military pilot UFO sightings, and the Pentagon’s terse acknowledgement of its interest in them.

News of the new Pentagon office came quietly just before Thanksgiving and, in what is likely not a coincidence, was announced just after Sen. Kirsten Gillibrand (D-NY) introduced a bill that von Rennenkampff and others say will “revolutionize the study of UFOs.”

“If we want 70 more years of secrecy on this topic, then [this] is the perfect place to put it,” Elizondo said of the new group. “They’ve had four years so far, and we have little in the way of efforts serving the public interest.”

“If we want meaningful change and transparency,” he added, “then we should keep the spirit of the Gillibrand amendment.”

Elizondo said he is “not convinced [that] burying this [issue] in the deep, dark bowels of the Pentagon under an intelligence organization is the best way to shed light on a topic that needs a whole-of-government approach,” and even claimed that Deputy Secretary of Defense Kathleen Hicks “is being hoodwinked by certain elements and members of her own staff.”

The whole thing sounds remarkably like an “X-Files” plotline, and it’s unsurprising that Elizondo had such harsh words. In 2017, he resigned from the DoD in protest of the “bureaucratic challenges and inflexible mindsets” that he said “plague” his former employer and its treatment of UFO phenomena. Ironically, the first of the shocking UFO declassifications that became an often-overlooked hallmark of Donald Trump’s presidency dropped just a few months after Elizondo’s resignation.

In spite of his exit — which the Pentagon responded to by claiming he never ran the unit he claims to have run — Elizondo lauded most of his former colleagues as “patriotic” and “competent,” and expressed optimism about Gillibrand’s amendment in the face of the DoD’s latest alleged attempts to hush up its knowledge of UFOs.

“I think we’re in a good spot,” he told The Hill. “I think we’ve come a long way. There seem to be a lot of people really trying to get behind this in a productive — not in a sensational — way.”

More on government’s intersection with UFOs: Head of NASA Suggests That UFOs Could Be Alien Technology

Read This Next
Alien Sunburn
Pentagon Whistleblower Hints That Pilots Who Encountered UFOs Had Radiation Burns
Alt Propulsion
NASA, DARPA, MIT Scientists Met to Discuss “Anti-Gravity” Tech
Hmmmmmm
The Pentagon Just Released Its UFO Report
Hiding in Plain Sight
Astrophysicist Says Alien UFO Theories Are Stupid
How Not What
NASA Scientist: We Should Take UFOs as Seriously as Mars Research
More on Robots & Machines
FROM THE DEPT. OF...
Yesterday on futurism
The Best External Hard Drives to Protect Your Data in 2022
Yik Yak
Yesterday on the byte
China Builds Giant Walking Military Robot
FROM THE DEPT. OF...
Yesterday on futurism
Experience True Smartphone Freedom with the Best Android Phones
READ MORE STORIES ABOUT / Robots & Machines
Keep up.
Subscribe to our daily newsletter to keep in touch with the subjects shaping our future.