In a Parallel Universe, Our Bodies Can Generate Their Own Sunscreen 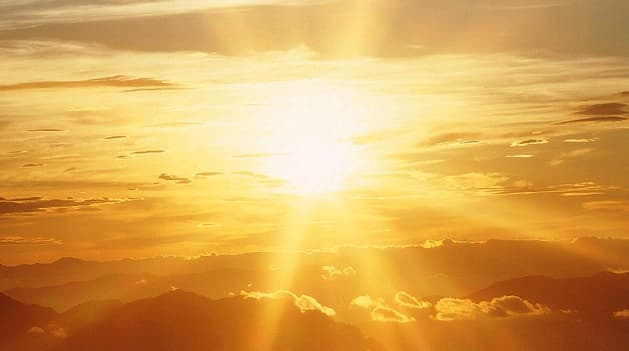 As you are soaking up the remainder of the Sun's warmth this year, here is something to think about: if it wasn't for a kink in our evolutionary past, our bodies would probably be able to produce their own sunscreen.

It was previously known that algae, bacteria, and fungi manufactured an antioxidant that serves as a form of sunscreen—called gadusol. Fish, for their part, acquired gadusol by eating these microorganisms, or through some kind of symbiotic relationship.

Earlier this year, researchers reported they had discovered a mechanism by which zebrafish can produce gadusol. They also discovered that the pathway for the genes encoding gadusol—which may have arose early on—are widespread, and can be found in other vertebrates. It is not surprising to find a gene that protects against ultraviolet radiation; what is surprising is that we do not have the gene.

The nocturnal bottleneck hypothesis explains several mammal traits. Losing a gene that encodes for a sunscreen compound makes sense when you consider the fact that our ancestors roamed under only dim lights, the moon and stars.

The love for nightlife may have began some 300 million years ago—before the first true mammals scampered under the feet of dinosaurs (around 100 million years later). Fossils of small, ring-shaped bones in the eyes of mammal relatives, called synapsids, indicate that many of them thrived at night. Predators, on the other hand, were more likely than herbivores to be nocturnal.

"It's cooler at night, which may be beneficial for some species. As a hunter, it may be easier to approach prey. On the other hand, the dim light levels make it difficult for animals. Keen senses are beneficial," one researcher said.

The oldest and best-known of these archaic synapsids is the Dimetrodon: a four-legged predator with an extraordinary sail-like structure on its back. Dimetrodon is often mistaken for a dinosaur, but it went extinct some 40 million years before the first dinosaurs appeared. Reptile-like in appearance and physiology, it is actually more closely related to mammals than to reptiles.

The eyes of mammals are much different from those of reptilians. In particular, mammalian eyes adapt to nighttime, even in species that are active during the day. For example, the cornea is large relative to the eye itself. Possessing a large cornea allows more light to be captured, which is an important trait for survival in dim light conditions.

Researchers were also able to infer that mammals had a long nocturnal past because of other genes lost for light reception. Our color vision is reduced compared to our reptile and bird cousins. Mammals also lost other genes related to photoreception—like those that shape circadian rhythms.

Loss of gene function can happen in many ways. It mostly involves mutation. Some are harmful, others neutral, and some advantageous. If a gene is important for survival and reproduction, the broken form of the gene will be weeded out of the population by natural selection. However, if the gene is not important for these purposes—such would be the case for a sunscreen gene in a nocturnal lineage—the gene may be passed on to offspring and its subsequent lineage.

During mammals' nocturnal bottleneck, we lost many genes; We now know that the gene for gadusol production was among them. Because the gene was not needed with a predominant nocturnal lifestyle, the mutations accumulated and wiped the gene out entirely. As a result, we (and our furry cousins) can no longer make our own sunscreen.

As a note of interest, studies have also identified a way to produce gadusol using yeast. Further research could make it possible to include gadusol in sunscreen products, cosmetics, and pharmaceuticals. Just think.. We may one day have access to the compound we lost the ability to produce some 200 million years ago.