Our Universe may be More Lonely than We Thought 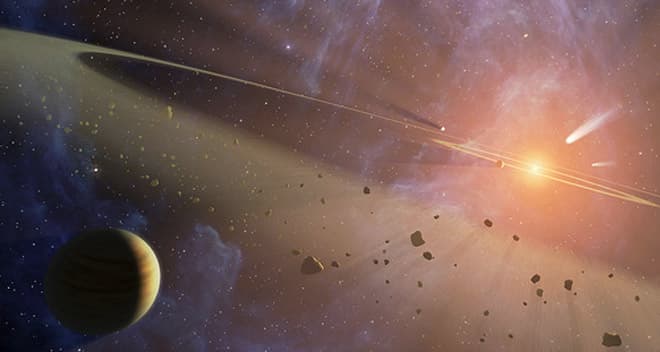 Our universe just got a little bit smaller. Well, it didn't physically shrink (that would violate several laws of physics); however, according to new research from Michigan State University, the cosmos isn't nearly as populated as we previously thought. And it all goes back to the Hubble Space Telescope.

Ultimately, Hubble is way more than just an piece of expensive technology that we use to take pretty images of space—it has allowed us to peer into the deepest recesses of the cosmos and gain a better understanding of the universe that surrounds us. Thanks to Hubble, we are able to see light that echos from objects 15 billion light-years away. This allows us to glimpse some of the earliest moments in this history of our universe; however, the view is a little muddy.

Despite its vast collecting capacity, ultimately, Hubble isn't able to see the faintest and farthest galaxies. As such, we've had to use estimates in order to come up with a figure for the total number of galaxies in the universe.

This shouldn't be too surprising. Of course we have to use estimates, as even if we could clearly see every galaxy, it would be nearly impossible to count every one in the universe—we are talking about hundreds of billions of galaxies, after all.

With this in mind, our previous predictions asserted that, based on what we could see with Hubble, and the distribution of galaxies that we see across our own corner of the cosmos, there are thousands of distant, faint galaxies; however, this latest research, which appears in the current issue of the Astrophysical Journal Letters,  reduces the estimated number of the most distant galaxies by 10 to 100 times.

In short, it seems that there may be far fewer galaxies roaming about the distant universe than we previously thought.

Brian O'Shea, MSU associate professor of physics and astronomy, clarifies the significance of this work in a press release from the University of California: "Our work suggests that there are far fewer faint galaxies than we once thought. Earlier estimates placed the number of faint galaxies in the early universe to be hundreds or thousands of times larger than the few bright galaxies that we can actually see with the Hubble Space Telescope. We now think that number could be closer to ten times larger."

This determination was made thanks to the Renaissance Simulations, which is a suite of extremely high-resolution adaptive mesh refinement (AMR) calculations of high redshift galaxy formation. The team used a supercomputer to run simulations to examine the formation of galaxies in the early universe. They simulated thousands of galaxies at a time. And here's the notable thing: The simulated distant galaxies were absolutely consistent with observed distant galaxies at the bright end of the distribution. So, the simulation corresponds to what we actually observe. But, the simulations didn't show the high number of faint galaxies that previous estimates assumed.

Again, O'Shea clarifies, "Most critically, we show that the ultraviolet luminosity function of our simulated galaxies is consistent with observations of redshift galaxy populations at the bright end of the luminosity function, but at lower luminosities is essentially flat rather than rising steeply."

So, why is this notable?

It may be a twisty and winding path, but this is one place that this new research inevitably leads.  Fortunately, the James Webb Space Telescope may help us come up with some more conclusive numbers regarding the total number of galaxies. This will allow us to refine our other estimates (like how many alien civilizations likely exist).

The James Webb is set to launch and start collecting data sometime late in 2018, and it will be more sensitive, by a factor of about 100, than all the other telescopes that have come before it. It could help us see some of the first stars forming in the universe and, by observing in the infrared, it will allow us see galaxies that formed only a few hundred million years after the Big Bang.

That said, though the James Webb Space Telescope will give us the ability to view a plethora of galaxies, it has a rather small field of view. As such, interpretation of date from the James Webb will likely be supplemented with information and theories given to us by research like this latest simulation.