Our Universe is Dying: Astronomers Conclude that the Cosmos is Slowly Growing Dark

The eternal darkness is already closing upon us. 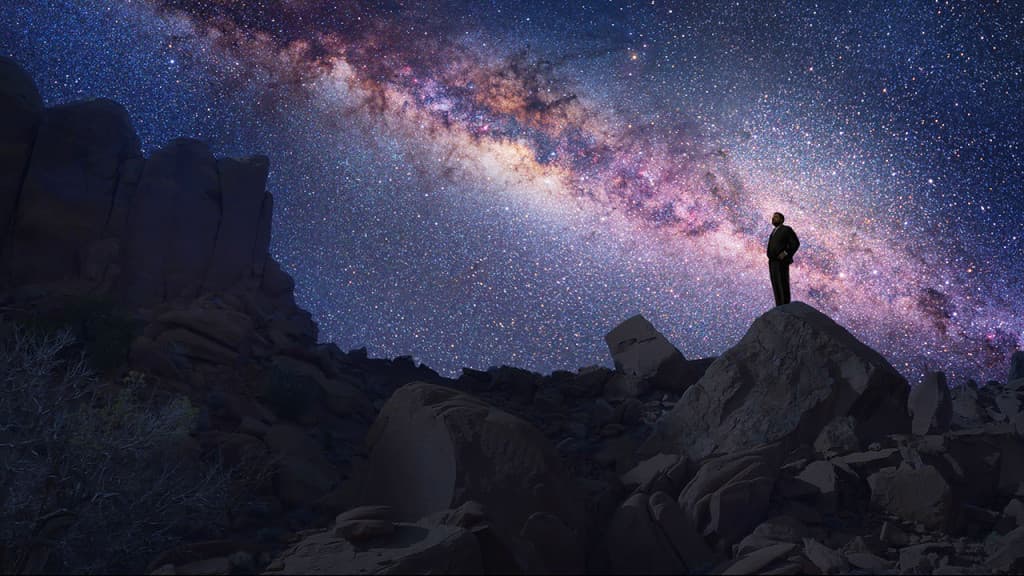 Let's face it—there comes a climacteric in everyone's life, whereafter everything goes downhill. Call it a midlife crisis, but things just ain't what they used to be. And now it seems that (to reverse the old adage) as below, so above—the universe is going through something of a decline of its own.

Scientists affiliated with the European Southern Observatory (ESO) have concluded that our universe is creating far less energy today than in the past. Astronomers calculated that current energy output from stars and galaxies is about half of what it was just 2 billion years ago—a relatively recent time in our universe’s 13.8 billion-year history. This precipitous drop in energy is occurring across wavelengths from ultraviolet to infrared, leaving researchers convinced that our universe is slowly going dark.

"The Universe will decline from here on in, sliding gently into old age,” said Dr. Simon Driver, a Principle Investigator at the Galaxy And Mass Assembly (GAMA) project, the group behind the research. “The Universe has basically sat down on the sofa, pulled up a blanket and is about to nod off for an eternal doze.” Though the process of “nodding off” will take billions of years, the grim prediction is clear: our universe will not shine forever. Long before scenarios like a Big Rip or Heat Death could take effect, our cosmos will fade into darkness.

The research was conducted using a survey of light from roughly 200,000 nearby galaxies. Each galaxy’s light output was measured in 21 different wavelengths, providing researchers with comprehensive data for analysis. The results, combined with computer modeling, estimated a steep drop in energy output from past levels, a downward trend that will continue indefinitely.

Over the next few decades, scientists at ESO and GAMA are planning to measure the universe’s energy output in even greater detail. Their research could require surveying hundreds of billions of galaxies—compared to just 200,000 galaxies surveyed by GAMA so far—with the eventual goal of mapping the energy of the entire visible universe. If successful, this ambitious undertaking could give astronomers unprecedented insight into the ultimate fate of the cosmos.

Let's hope they scry something a little more cheerful and optimistic than eternal cosmic senility in their telescopic surveys.

Read This Next
Bangs and Bounces
Scientists Say Stuff Might Have Been Happening Before the Big Bang
Space Lumps
Scientists Say We May Be Extremely Wrong About the Universe
Star Stream
Something Is Ripping Apart the Nearest Star Cluster to Earth
Dark Matter Mystery
Dark Matter's Effect Is 10x What It Should Be, Scientists Say
Young Sun Planets
This is the First Image of a Multi-Planet System Around a Sun-Like Star
More on Hard Science
Warped Tour
Thursday on futurism
Professor Believes Door to Warp Drive May Lie With Ethylene Glycol
Sky Bursts
Thursday on the byte
Astronomers Intrigued by 25 Mysterious Repeating Radio Signals From Deep Space
Tractor Beam
Jan 26 on the byte
Scientists Build Working Tractor Beam, Although It's Comically Tiny
READ MORE STORIES ABOUT / Hard Science
Keep up.
Subscribe to our daily newsletter to keep in touch with the subjects shaping our future.
+Social+Newsletter
TopicsAbout UsContact Us
Copyright ©, Camden Media Inc All Rights Reserved. See our User Agreement, Privacy Policy and Data Use Policy. The material on this site may not be reproduced, distributed, transmitted, cached or otherwise used, except with prior written permission of Futurism. Articles may contain affiliate links which enable us to share in the revenue of any purchases made.
Fonts by Typekit and Monotype.