The Most Accurate Clock Ever Created: 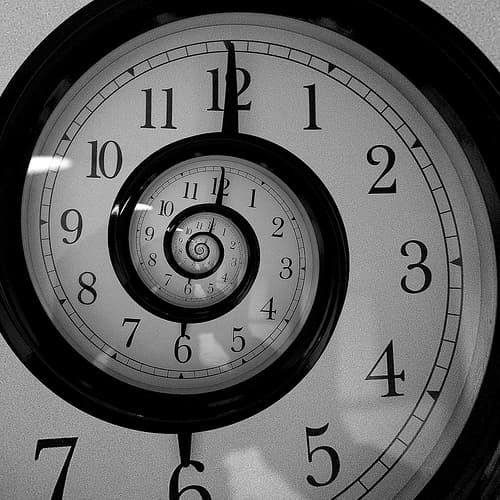 Technology is hardly perfect. As a result, the clocks that we create run at different speeds, so we frequently have to check and double-check our time keeping devices to ensure that they are accurate. However, scientists with a passion for time have pushed accuracy to unfathomable levels. They set out to create clocks that are so precise, they would lose only a fraction of a second between now and the moment when dark energy is postulated to tear the universe apart.

A group of researchers, led by Andrew Ludlow of the National Institute of Standards and Technology, has set the bar higher than ever. The newest atomic clock created by this team (unveiled on June 23, 2013), is predicted to become inaccurate by an amount of 1.6 seconds after running for a total of 10^ 18 seconds. In other words, it loses one full second over the course of about 50.8 BILLION years!

In the release, the team asserted, "It is equivalent to specifying the age of the known universe to a precision of less than one second, or Earth’s diameter to less than the width of an atom."

Is Time Disappearing From the Universe?

Their design, called an “optical lattice clock,” traps ytterbium atoms inside a lattice box of laser beams. Held in place, the atoms are bombarded by a second type of laser, which forces their electrons to jump up in energy level. A sensor checks to make sure that all the atoms reach the higher energy level, and the precise light frequency needed to force them to do so is then converted into the exact length of a second.

The lattice restrains a relatively large number of atoms (between 1,000 and 1,000,000) compared to most atomic clocks, so averaging the amount of radiation needed to raise each of these to the higher energy level provides a more accurate value of the radiation’s precise frequency, which is then used to set time.

Comparing two optical lattice ytterbium clocks together, the researchers found something astounding. Each “tick” quantifies intervals of time so well that one clock will only lag a fraction of a second by the time our Sun envelopes the Earth as it evolves into a red giant (about 5 billion years from now). Similarly, the clock would only have lost just a fraction of a second in the time that it took the Earth to form, cool, and for the simplest molecular compounds to eventually evolve into human beings—just a mere tenth of a second!

Watch: How Far is A Second?