Is Time Disappearing From the Universe? 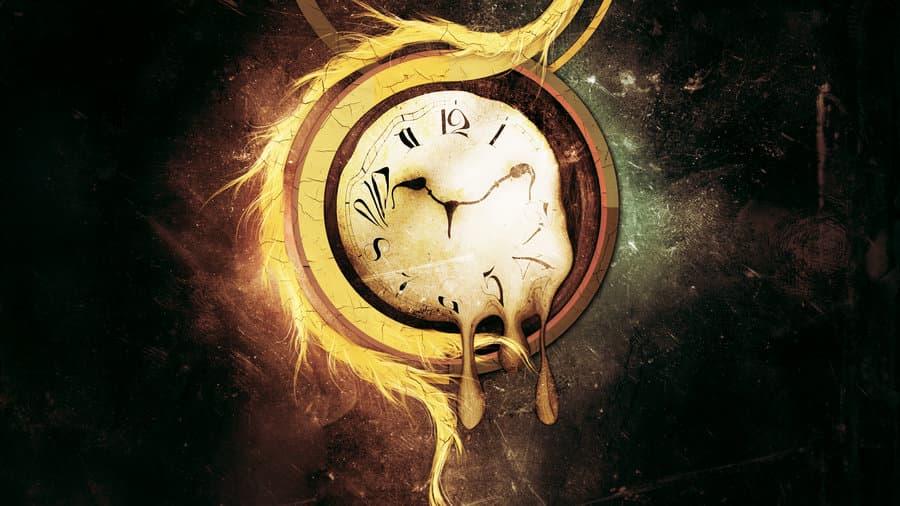 We've written many great articles that detail time. We talked about how we know it exists, its function in entropy, when it came into being etc. However, one theory suggests that time doesn't exist at all. This hypothesis postulates that instead of time  being an absolute part of the spacetime continuum, or the "fourth dimension," time is a needless and arbitrary human construct.

Similarly, proponents of this theory believe that the natural world can better be explained if we remove time from the equation and start thinking of it as the numerical order of change instead.  This idea is favorable to a lot of laypeople, but most scientists generally dismiss the notion without much thought. Something tells me those individuals won't favor the radical hypothesis we're about to discuss, which solves as many problems as it creates (a rarity in this field).

This hypothesis is but one means of explaining dark energy -- the mysterious "anti-gravitational" force that's responsible for causing the accelerating expansion of the universe and driving the galaxies away from each other at an ever-increasing-speed. Many have tried, and failed, to come up with a reasonable origin for such a force, but one of the more interesting ideas (a very controversial one, I might add) puts forth a very interesting question: "what if we're looking at it backwards? " What if the universe itself isn't actually expanding an at ever increasing speed, but time is actually slowing down, where it will eventually cease to exist entirely?

Of course, the changes in our everyday life would be minuscule and unnoticeable from the human perspective, but much more visible (and easily measured) in the vastness of the cosmic arena. That's exactly what the scientists who took part in this study are proposing, including notable names such as: Professor José Senovilla, Marc Mars and Raül Vera, who hail from the University of the Basque Country, Bilbao, and University of Salamanca in Spain. Not only is dark energy dismissed as being preposterous, but the very observation of the 'accelerated' expansion of the universe is nothing more than a detailed illusion (the expansion itself isn't the illusion, but the *accelerating* expansion part is.) The appearance of the acceleration is due to time gradually slowing, much in the same way a clock behaves when it is equipped with a dying battery.

"If time gradually slows, but we naively kept using our equations to derive the changes of the expansion with respect of 'a standard flow of time, then the simple models that we have constructed in our paper shows that an 'effective accelerated rate of the expansion' takes place," say those involved in publishing the paper.

Physicists have been tracking the movement of supernovae explosions seen within the confines of distant galaxies, which are used to confirm the expansion of the universe is happening at an ever increasing speed - referred to as standard candles. Using the Doppler effect to see the red-shift in the wavelengths of light emitted from objects that are traveling away from us, astronomers are able to pinpoint and discern how quickly the universe is expanding. All objects shifted towards the red, longer-wavelength are steadily moving away, while objects shifted towards the bluer end of the electromagnetic spectrum are moving towards us (the Andromeda galaxy is an example of this, as it will collide with the Milky Way in an estimated 5 billion years). There's one problem though -- the accuracy of these measurements work under the assumption that time is invariable through all portions of the universe, which would have extreme implications if that were untrue.

So, what does this mean?

Basically, this theory suggests that the fourth dimension of the universe (time) is slowly degrading into a new spatial dimension. If this were the case, the distant stars we perceive as moving away from us at an ever increasing speed are merely giving off that impression that they are accelerating.

"Our calculations show that we would think that the expansion of the universe is accelerating," says Prof Senovilla. "The theory bases it’s idea on one particular variant of superstring theory, in which our universe is confined to the surface of a membrane, or brane, floating in a higher-dimensional space, known as the "bulk". In billions of years, time would cease to be time altogether." "Then everything will be frozen, like a snapshot of one instant, forever," Senovilla told New Scientist magazine. "Our planet will be long gone by then."

Interestingly enough, the idea isn't entirely hogwash. According to the most accepted model of cosmology that aims to explain the inception of our universe, time itself (along with the other dimensions that comprise the entirety of space/time and all four dimensions) came into being during the big bang. Therefore, it can also disappear -- which is just the reverse effect. No need to worry about it happening anytime soon though. In the event that there actually is something to this hypothesis, there is still quite a bit of time left (about five billion years) before the clock strikes midnight for the final time - leaving everything in the universe,  including you and I, frozen in the vastness of space forever.

Lastly, I want to share one of my favorite quotes, as it is relevant here:

"Try to imagine a life without timekeeping. You probably can’t. You know the month, the year, the day of the week. There is a clock on your wall or the dashboard of your car. You have a schedule, a calendar, a time for dinner or a movie. Yet all around you, timekeeping is ignored. Birds are not late. A dog does not check its watch. Deer do not fret over passing birthdays. an alone measures time. Man alone chimes the hour. And, because of this, man alone suffers a paralyzing fear that no other creature endures. A fear of time running out.”