Infographic of the Most Astounding Facts About The Milky Way: 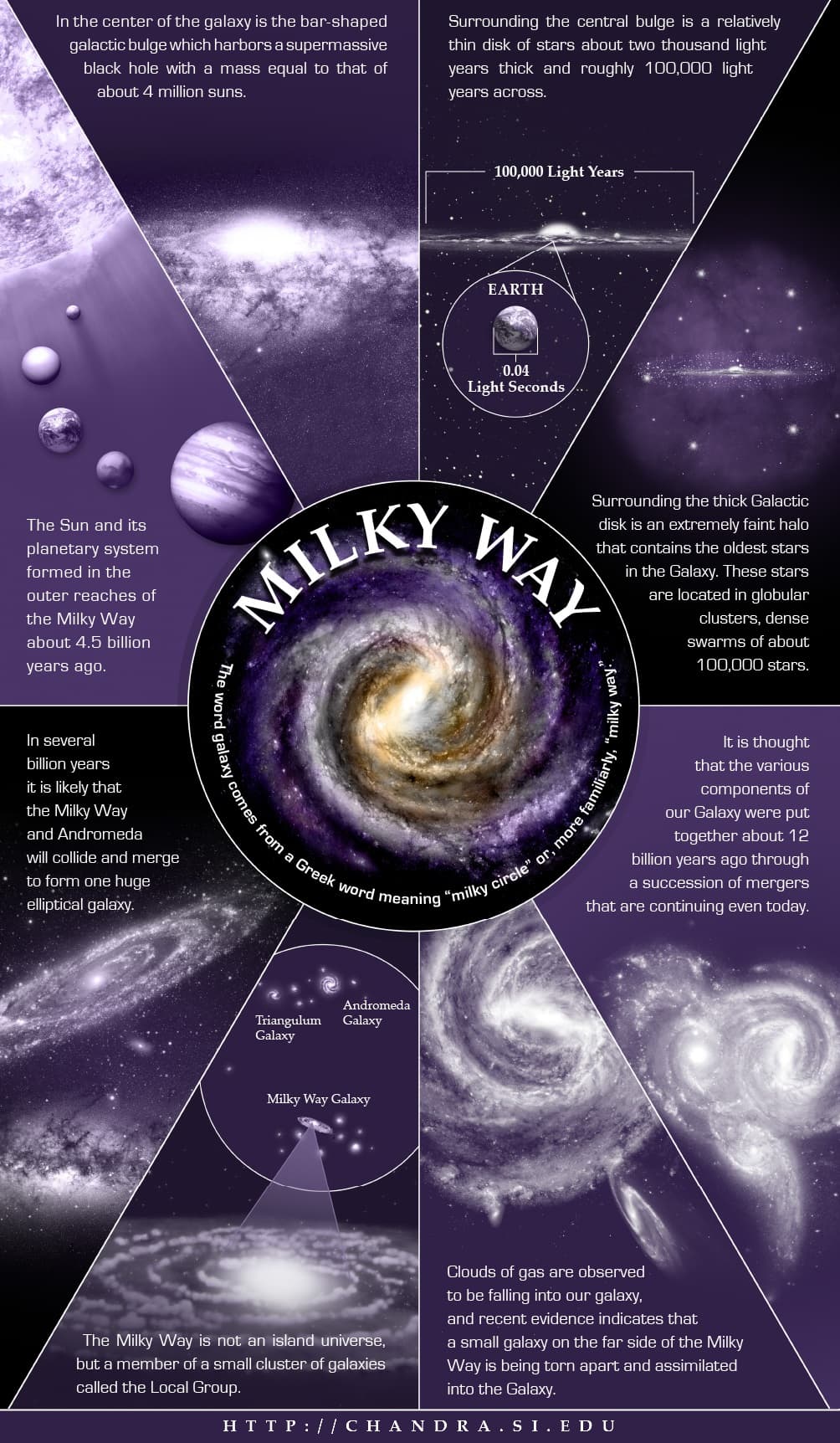 The Milky Way is the galaxy in which we currently reside. It is classed as a barred spiral galaxy, although this is actually fairly difficult to determine from within the galaxy. It's sort of like trying to determine what a house looks like from the outside by looking out of a window when you are inside of it. Below are are of the most important facts that you need to know in order to understand our galaxy:

Basically then, from three separate articles, we're getting three separate figures. This just goes to show the difficulty of studying the Milky Way while we're trapped inside of it.

Now that you have an understanding of the fundamental principles, here are some more interesting facts: