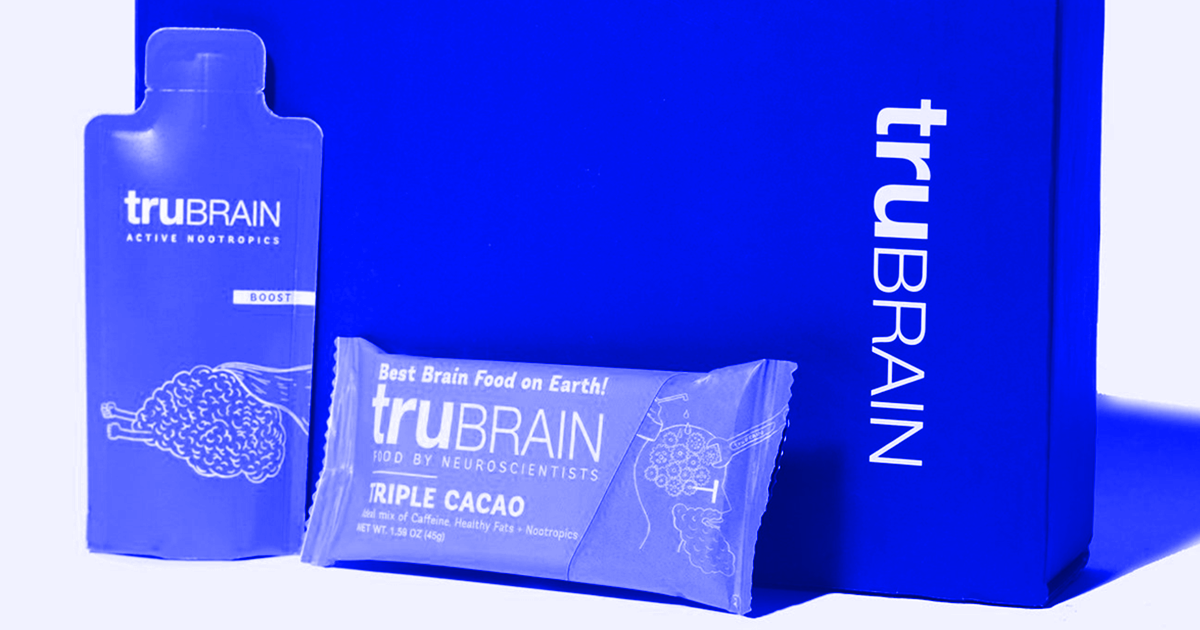 It's hard for many of us to even imagine being able to wake up in the morning without that ritualistic jolt of caffeine. The stimulant most commonly found in coffee and energy drinks has benefits that are well known, as well as potential side effects that are equally familiar. However, there might just be a better way to give your brain a boost without the annoying side effects or inevitable crash. Specifically, this powerful nootropics blend from TruBrain has been specially formulated to enhance cognitive function and improve your focus.

The goal of TruBrain is to help your mind work at optimum efficiency by providing enhanced brain function, increased focus, improved verbal ability, and better memory. It's made from a high-quality blend of nootropics, which consists of amino acids, nutrients, and minerals your brain uses as fuel. Unlike quack brain boosters you often see online, nootropics like TruBrain aren't based on pseuodoscientific promises. Instead, it uses scientifically proven methods to increase blood flow to the brain, which in turn brings more oxygen and glucose. As a result, your brain cell metabolism improves, which allows your mind to make new neural connections through a process known as plasticity. Better plasticity, means better memory, language, focus, and more. In other words, TruBrain provides a safe, natural boost to your cognitive function.

Unlike coffee, which plies your brain with caffeine, TruBrain works in an entirely different manner. Essentially, caffeine blocks the neurotransmitters in your brain that cause drowsiness, but only temporarily. Rather than simply blocking sleepiness, TruBrain actively promotes higher brain plasticity and all the benefits associated with it.

While you might be understandably skeptical, TruBrain's positive effects are backed up by some heavy duty science. It's been subject to third party clinical trials that have shown significant boosts of brain function among test subjects, including improvements in memory and learning. It's even been studied under EEG brainwave analysis, which shows alpha brain wave activity. And the formula used to make TruBrain is 100-percent safe, and was found to be less toxic than ordinary table salt. There are also no known side-effects – long- or short-term.

TruBrain is available as a drink that comes in individual, ten-ounce shots, as well as 45-gram energy bars. And right now, you can also get a 10-Drink Trial Pack of TruBrain for only $10. And as mentioned above, these products provide results which are much more robust than a simple caffeine jolt.

To get a better idea of what TruBrain is all about, and to order products for yourself, just head over to the TruBrain website and find the quantity product that best fits your lifestyle.