Yes, it helped authorities nab the alleged Golden State Killer. But maybe that's where it should end. 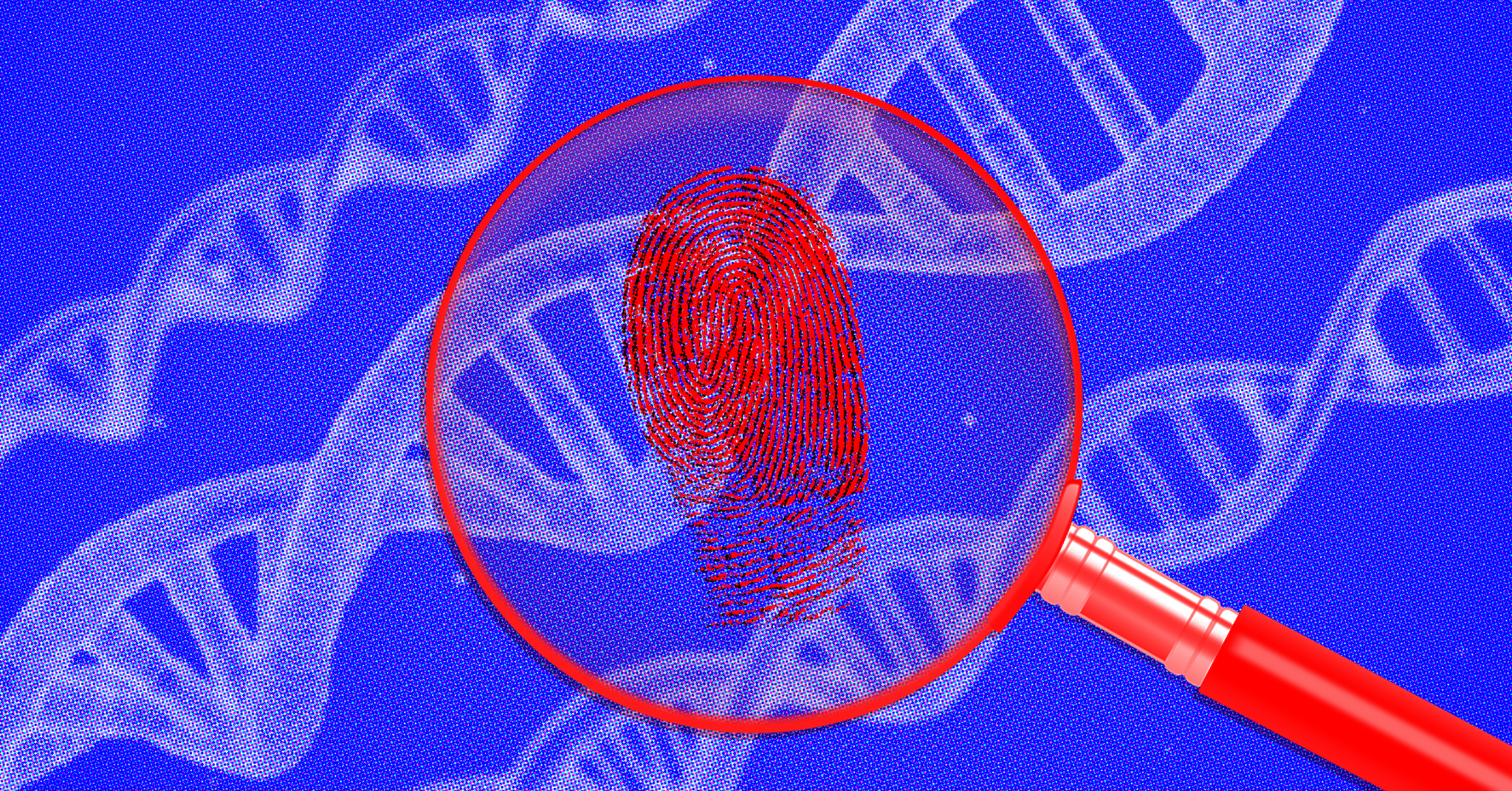 When police used the publicly-available genealogy website GEDmatch to identify the Golden State Killer, everyone was surprised — including GEDmatch. Authorities hadn’t told the company they had uploaded crime scene DNA to create a fake user profile and find their suspect.

The investigation sparked a conversation about DNA privacy. If you upload your genetic information to a database, what are other people allowed to do with that material? Now, an opinion article penned by several experts from the National Institute of Health, however, raises some other doubts about DNA databases and manhunts. Namely: their results shouldn’t be used as evidence.

The authors have two main reasons why they think results of online genetic search engines should be relegated to background research. One: investigations based on police database entries might skew towards specific racial and ethnic groups. Authorities only swab, analyze, and catalogue the DNA of the people they arrest — which are disproportionately minorities. Building up family trees of relationships through these databases, like authorities did for the Golden State Killer, could work with the same bias, warn the authors. Put another way: “Forensic DNA databases are growing to mirror racial disparities in arrest practices and incarceration rates," sociologists Troy Duster and Peter Chow-Whit wrote in a 2011 essay.

Their second argument echoes a common misunderstanding about genetics in court. Just because someone’s DNA is recovered from a crime scene doesn’t mean they committed the crime — it just means their DNA wound up in that spot. When authorities don't take that into account, it can lead to wrongful convictions. For example: in 2012, a taxi driver was convicted of murder because his DNA was found in the victim’s nails. In reality, he had a flaky skin condition, and his DNA wound up all over his car and embedded in her sticky nail polish, as the BBC reports.

In fact, the search for the Golden State Killer itself seems to emphasize the point that we should take information from genetic databases with a big grain of salt: the search initially turned up a different suspect (he was ruled out after taking a court-mandated genetic test).

The Golden State Killer may be in custody in part based on evidence uncovered from a genetic database, but it's not yet clear that this evidence will be enough to convict him. As authorities rely more heavily on DNA databases (both commercial ones and those they themselves create), they're going to want to use that data to push for convictions. Depending on what happens with the Golden State Killer case as it goes to trial, it may establish a legal precedent that could make evidence from genetic databases acceptable in court, bringing the NIH scientists' fears to life.

Read This Next
Bad Cops
Cops Allegedly Used a Sexual Assault Survivor's DNA to Arrest Her for Property Crime
Access Granted
Cops Can Now Get Warrants for Entire DNA Websites
Yoink!
Journal Retracts Ethics Article by Doctor Who Gene Edited Babies
Come On In
This DNA Testing Company Gave Its Data to the FBI
Futurism
By Turning Down 23andMe, Immigration Activists Are Actually Being Responsible About Genetic Privacy
More on Future Society
Death to Blu-Ray
3:02 PM on the byte
Startup Says It Can Store 100TB in Nintendo-Like Cartridges
Memento Mori
Yesterday on futurism
Elon Musk Cropped The Credit Out of Our Cartoon and Tweeted It Out
Death Spiral
Monday on futurism
The Human Family in Crisis
READ MORE STORIES ABOUT / Future Society
Keep up.
Subscribe to our daily newsletter to keep in touch with the subjects shaping our future.
+Social+Newsletter
TopicsAbout UsContact Us
Copyright ©, Camden Media Inc All Rights Reserved. See our User Agreement, Privacy Policy and Data Use Policy. The material on this site may not be reproduced, distributed, transmitted, cached or otherwise used, except with prior written permission of Futurism. Articles may contain affiliate links which enable us to share in the revenue of any purchases made.
Fonts by Typekit and Monotype.