Could physicists have been so wrong? 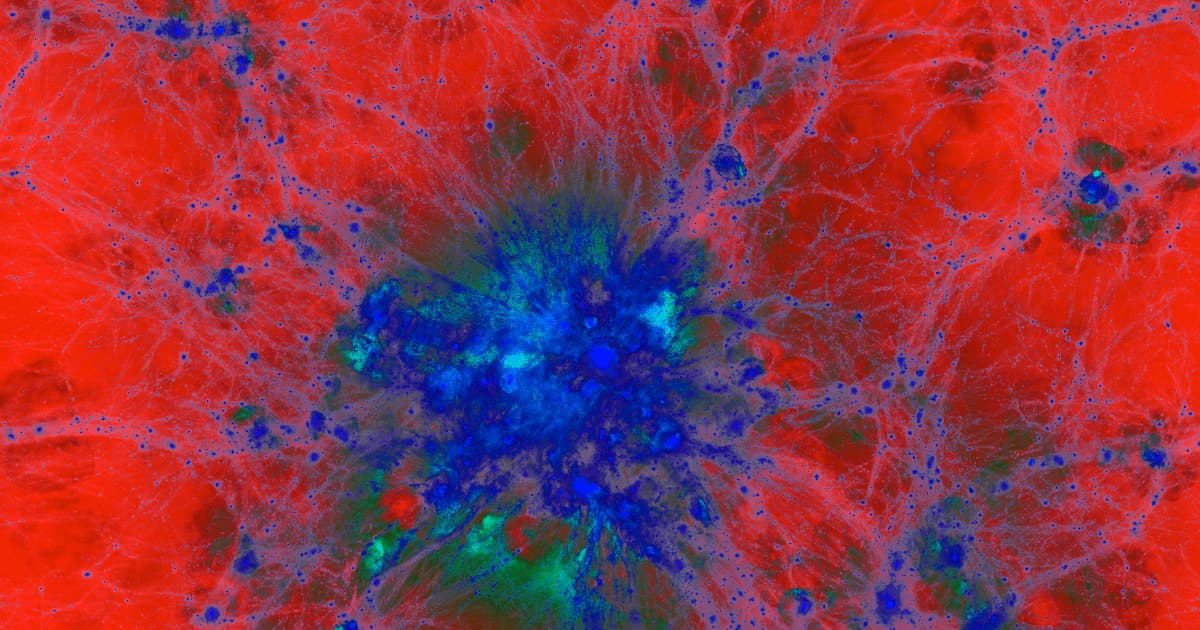 The prevailing theory among scientists is that roughly three quarters of all the stuff in the universe is made up of "dark matter," a mysterious substance that interacts with visible matter via gravity.

Despite its ubiquitousness, though, scientists have yet to find direct evidence of its existence.

According to a new study by an international team of scientists however, this search could be for nothing, NBC News reports. Instead, they argue that our limited scientific understanding of gravity may be unable to account for the strange gravitational behavior of galaxies. In other words, it's not dark matter causing the behavior — we simply don't fully understand the natural laws governing matter.

In their recent study, the team argues that an idea first established in the early 1980s called the modified Newtonian dynamics theory (MOND) could explain the existence of strange gravitational behavior of stars that scientists conventionally explained with dark matter.

In short, the theory replaces Newtonian dynamics and General Relativity as posited by Albert Einstein, and argues that the gravitational force of experienced by a star should be calculated in entirely different ways.

"What we're really saying is that there is absolutely evidence for a discrepancy," co-author Stacy McGaugh, head of the astronomy department at Case Western Reserve University in Cleveland, told NBC. "What you see is not what you get, if all you know about is Newton and Einstein."

A number of theories have been put forward trying to explain what dark matter could be, from primordial black holes to weakly interacting massive particles known as WIMPS.

McGaugh argues that the MOND theory has been able to predict a number of astronomical observations since it was first brought up in the 80s.