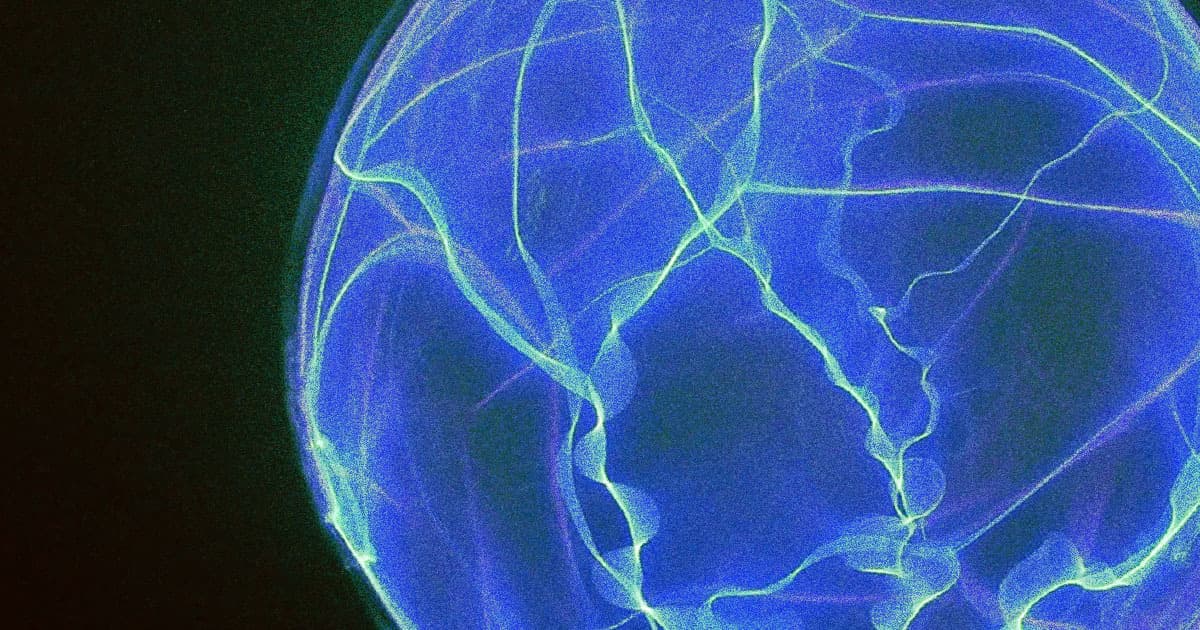 A team of scientists has an unusual explanation.

A team of scientists has an unusual explanation.

A team of scientists has an unusual explanation for how and when dark matter — the invisible, mysterious stuff that's theorized to make up most of the matter in the universe — was formed.

The theory boils down to a brief period of chaos during the earliest moments of the universe, Live Science reports. Basically, after a period of intense heat and energy, the universe began to cool and expand, during which massive blobs of plasma formed like bubbles in a cauldron, creating and filtering out brand-new subatomic particles. If the study holds up, it could guide astronomers toward nailing down the existence of those dark matter particles for the first time.

As these bubbles grew and expanded, they filtered out and annihilated subatomic particles with lower masses, according to research published in the journal Physical Review Letters. As a result, the bubbles of plasma dictated how much and what kinds of matter survived in the newly-forming universe.

"In this way, the amount of dark matter that we measure in the universe today is a direct result of this filtration in the first fractions of a second after the Big Bang," Rice University physicist and study coauthor Andrew Long told Live Science.

Because only the heavier particles survived, this theory could guide new scientific endeavors to track down and identify what dark matter is made of by ruling out lighter candidate particles like WIMPs, Live Science reports.

"Although we know how much dark matter our universe contains," Long told Live Science, "for decades now, we've been left wondering about dark matter's nature and origin."

More on dark matter: Dark Matter’s Effect Is 10x What It Should Be, Scientists Say