If it sounds far-fetched — that's because it is. 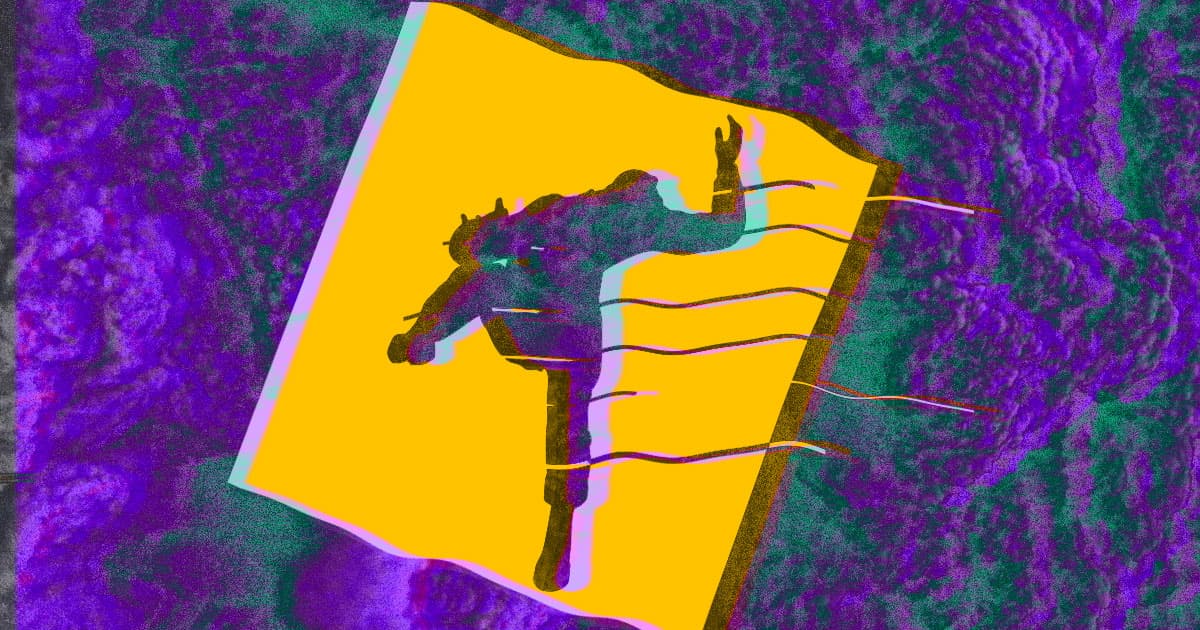 A new preprint study suggests that tiny amounts of dark matter — the mysterious material that seems to make up about 85 percent of the matter in the universe — could behave like high-speed projectiles, capable of tearing through human flesh.

It's a pretty outlandish claim to make — especially considering we haven't really found direct evidence of dark matter yet. We don't really know what it looks like, what it's made of, and how it interacts with other matter, as Live Science points out.

"Collisions of a macro with a human body would result in serious injury or death," reads the abstract of the preprint of Sidhu's research, published by arXiv earlier this month. His submission has yet to be peer reviewed.

"Macros could possibly have masses up to the size of a small planet," Sidhu told Live Science.

Upon impact, the heat generated would be enough to melt a tunnel through human flesh — a gory and terrifying theory as to what would happen when the human body is exposed to dark matter, and perhaps a blueprint for futuristic military weapons.

"The closest analogy to a macro collision with a human being is a gunshot wound," reads the study.

Other studies have explored what would happen with the human body if it were to ever collide with dark matter, or more specifically Weakly Interacting Massive Particles (WIMPs) — the most popular hypothesis as to what dark matter is made of for many years.

WIMPs are believed to be about a million times heavier than an electron and were created thermally during the creation of the universe. They don't interact with other matter in the same way that our Standard Model of particle physics suggests.

Important to note: not all dark matter human body collision theories are quite as grim as Sidhu's. A 2012 study published by preprints archive arXiv led by Katherine Freese, theoretical astrophysicist and physics professor at the University of Michigan, concluded that WIMP collisions are "harmless to humans."

That's because the amount of radiation the body is exposed to thanks to these collisions is "negligible compared to that from other natural sources, including radon and cosmic rays."

In fact, Reese concluded that billions of WIMPs of a certain mass pass through the human body per second and only some of them, roughly ten in a year, hit one of the nuclei in the human body — most likely oxygen and hydrogen nuclei, according to Reese.

Of course, both Sidhu and Reese are making some fairly substantial assumptions. Some physicists are even starting to doubt the existence of WIMPs, seeking to dethrone it as the primary candidate for what constitutes dark matter. While plenty of studies have attempted to prove that they exist, most of them have been called into question in recent years.

But there is a new candidate on the horizon: the axion, a minuscule particle that's a billion times lighter than an electron. And how exactly axion collisions could effect or alter the human body is still a mystery.

Read This Next
Take That Newton
New Study Claims Dark Matter Doesn't Exist
Dark Energy Conundrum
Scientists Boot Up New Device to Map the Universe's Dark Energy
Futurism
When You Play Mass Effect, You’re Playing With Dark Matter
Futurism
The World's Most Sensitive Dark Matter Detector Just Found...Nothing
Futurism
World's Most Sensitive Dark Matter Detector Releases New Results
More on Sci-Fi Visions
What is Happening
Wednesday on the byte
Elon Musk Sets His Twitter Account to Private
From the Dept. of...
Monday on futurism
The Best Humidifiers of 2023
Human v. Giraffe
Jan 24 on the byte
Chaotic Italian Fashion Line Baffles Facial Recognition Software
READ MORE STORIES ABOUT / Sci-Fi Visions
Keep up.
Subscribe to our daily newsletter to keep in touch with the subjects shaping our future.
+Social+Newsletter
TopicsAbout UsContact Us
Copyright ©, Camden Media Inc All Rights Reserved. See our User Agreement, Privacy Policy and Data Use Policy. The material on this site may not be reproduced, distributed, transmitted, cached or otherwise used, except with prior written permission of Futurism. Articles may contain affiliate links which enable us to share in the revenue of any purchases made.
Fonts by Typekit and Monotype.