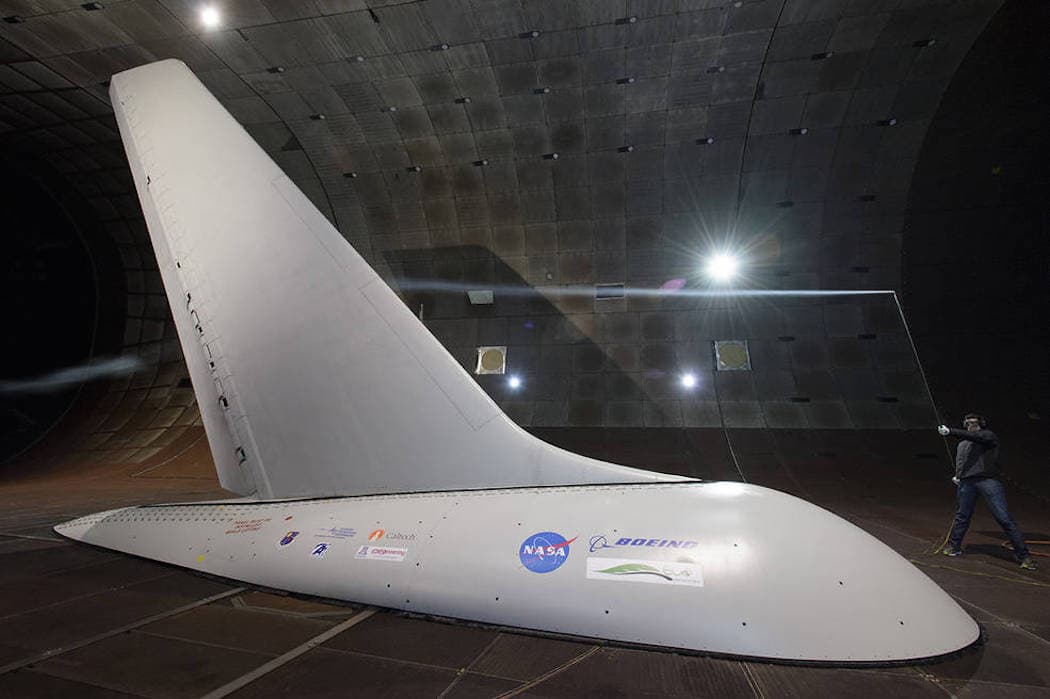 Green-related technologies developed by NASA could be the key to airlines saving over $250 billion dollars. “If these technologies start finding their way into the airline fleet, our computer models show the economic impact could amount to $255 billion in operational savings between 2025 and 2050,” said Jaiwon Shin, NASA’s associate administrator for aeronautics research, in a recent press release.

For the past six years, NASA’s aeronautics researchers have been working on the Environmentally Responsible Aviation (ERA) project, which sees airlines cutting fuel use in half, pollution by a quarter, and putting noise down to just an eighth of today’s current levels.

Some of the most interesting technologies studied (and also demonstrated) were tiny embedded nozzles that allow aircraft to be designed with smaller tails. In the end, this is significant because it was shown to lower weight and drag. Ultimately, this tech was tested on a Boeing ecoDemonstrator 757 flying lab, and it the lessened weight could greatly reduce the cost of flight.

There is also a new way of stitching lightweight composite materials to create a damage-tolerant structure. Like the nozzles, this method also allows aircraft to weigh (in this case, 20 percent less).

And there is a new morphing wing technology that allow aircraft to extend their flaps.

In relation to other breakthroughs, thanks to a partnership with General Electric, NASA has managed to refine the compressor stage of the turbine engine in order to improve aerodynamic efficiency, saving 2.5 percent in fuel burn. Working with Pratt & Whitney, they have also managed to refine the turbofan jet engine, also lowering fuel burn by 15 percent and lowering noise.

Studies also include design modifications intended to reduce noise by deploying wing flaps and landing gear during takeoff and landing, as well as a hybrid wing body concept (the list of advancements goes on and on).

ERA was created to explore and document feasibility, benefits, and technical risk of various concepts and technologies for aviation. That said, the focus is mostly centered on its impact on the environment. Demonstrations fell into specific categories such as airframe, technology, propulsion technology, and vehicle systems integration, and they were judged according to the aforementioned parameters.

The initial results are promising, and further implementation is on the horizon, which could mean sweeping changes for the airline industry.

Ultimately, the future (and overall application) for these technologies will be discussed at the American Institute of Aeronautics and Astronautics Sci-Tech Conference in San Diego.

Read This Next
Alt Propulsion
NASA, DARPA, MIT Scientists Met to Discuss "Anti-Gravity" Tech
The Other Left!
A Guy Who Drives NASA's Mars Rover Is Dishing About the Experience
Digging a Mole
NASA’s Mars Mole is Officially “Dug In”
A New Perspective
NASA's Mars Helicopter Could Revolutionize Off-Planet Exploration
Hammer Time
Crap: NASA's Mars "Mole" Finally Started Digging, Then Hit Another Obstacle
More on Robots & Machines
From the Dept. of...
Yesterday on futurism
The Best Exercise Bikes of 2023
It's Nothing Pers...
Thursday on the byte
Scientists Create Shape-Shifting Robot That Can Melt Through Prison Bars
From the Dept. of...
Thursday on futurism
The Best Smart Lights of 2023
READ MORE STORIES ABOUT / Robots & Machines
Keep up.
Subscribe to our daily newsletter to keep in touch with the subjects shaping our future.
+Social+Newsletter
TopicsAbout UsContact Us
Copyright ©, Camden Media Inc All Rights Reserved. See our User Agreement, Privacy Policy and Data Use Policy. The material on this site may not be reproduced, distributed, transmitted, cached or otherwise used, except with prior written permission of Futurism. Articles may contain affiliate links which enable us to share in the revenue of any purchases made.
Fonts by Typekit and Monotype.