When Will We Successfully Reverse Aging?

Researchers are unlocking the mysteries of aging.
by Abby Norman / July 24 2017

Turning Back the Biological Clock

Throughout the course of human history we’ve developed marvelous means to protect ourselves from illness and injury: ailments and afflictions that once commonly took lives are now a thing of the past, are easily treatable and preventable through modern medical science — and some scourges have been downright eradicated. The one thing we have no seemed to get a handle on – that will ultimately be fatal for humans even if specific diseases are not — is time. Our centuries-long quest for the fountain of youth has led us from myth to magic and now, into the science lab where researchers are unlocking the mysteries of aging — and perhaps getting closer to not only stopping it, but reversing it.

Through DNA, researchers have been able to identify the genes responsible for aging. The genes that are the culprits in human aging can then be manipulated using advanced technologies like CRISPR, with remarkable success. Others are using “young blood” to revitalize the old. Some are harkening back to the legends of our ancestors, who also attempted to devise ways to address the problem of aging: today, researchers are developing anti-aging treatments based on everything from cannabis to a bacteria native to Easter Island.

In recent decades, science and technology has advanced so rapidly that, while human beings may still be inevitably aging in the interim, the prospect of solving the problem of aging is closer in reach than it’s ever been before: back in December of 2016, researchers at the Salk Institute successfully reversed the process of aging in mice and predicted that they would be ready for human trials within ten years. The research at the Salk Institute not only made the mice look younger, it extended their lifespan by an average of 30 percent. This was similar to findings from research by the Buck Institute for Research on Ageing and the University of Washington back in 2015 which found that through deleting particular genes in yeast they could extend the organism’s lifespan by up to 60 percent. 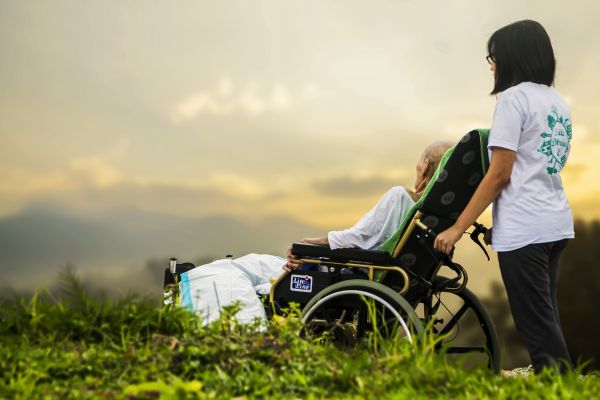 The science at work not just in this altered course of human aging, but the natural course is well, is epigenetics. Throughout life, our genes can be altered in a number of ways; often by things we’re exposed to as a result of our environment (pollution, for example) or lifestyle (like cigarette smoke). As our genes change, so do our bodies —and so do we. Whether it means we develop a condition for which we had a genetic predisposition all along, or we are acquire one our bodies are not able to recover from, these epigenetic changes provide clues as to why, and how, these processes take place. They are also, then, where we are most likely to find the answers we need to stop or reverse them altogether.

Juan Carlos Izpisua Belmonte, an expert in gene expression at the Salk Institute, put it rather frankly when he spoke to Scientific American: “Aging is something plastic that we can manipulate.” The question for researchers was how to do that — and the answer, it turned out, was through transforming adult cells back into an earlier state; a much earlier state. Embryonic, in fact. At this stage, cells possess the capacity to differentiate into any type of cell in the body, which has made them the focus of stem cell research.

At Harvard University, Dr. David Sinclair and his team of researchers determined that an anti-aging compound called nicotinamide adenine dinucleotide (NAD+) was found more frequently in younger mice than older ones. NAD+ is an important part of how our DNA repairs damage — which can occur for a multitude of reasons, including being a somewhat natural part of the cellular division process. The magical DNA-repair compound, PARP1, responds to levels of NAD+ in the body: the higher the NAD+, the more PARP1. Younger people, like mice, have more and our levels decrease as we age — meaning it becomes harder for our DNA to repair itself. That, in turn, leads to aging, illness, and all the other physical inevitabilities of humanhood.

With that in mind, and following the logic behind it, Sinclair and his team gave older mice more NAD+, and soon the older mice began to look younger — biologically, anyway. Sinclair explained the findings to TIME back in March, saying that after the treatment, “We can’t tell the difference between the tissues from an old mouse that is two years old versus a young mouse that is three to four months old.” 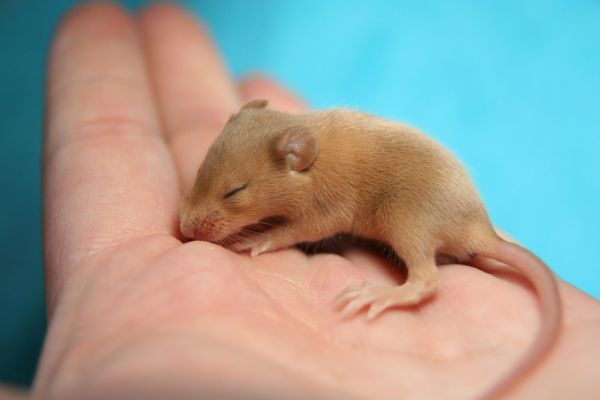 “The Gravity of Life”

Sinclair’s work throughout his career as a molecular biologist has been focused on aging — which he calls “the gravity of life” — and as he told The Washington Post in 2015, he’d like to apply the research he’s lead at Harvard to the development of a drug — an anti-aging pill, in fact. That could conceivably make the possibility of turning back the biological clock closer than ever for those of us alive (and therefore aging) today. Futurism polled readers about when they believed we’d be able to reverse aging, and nearly 40 percent thought we’d be able to achieve it between 2030-2040 — but nearly a quarter of readers thought we may never be able to. Or, at the very least, that it may be impossible to predict: “Anything past the year 2030 is most likely unpredictable,” responded Afan Ahmed, who pointed out “If our current predictions of Artificial Superintelligence are on par, then we should have achieved this by 2029.” But even if it’s impossible to predict, that doesn’t mean its impossible to achieve: “Giving it one full year to enhance and optimize itself, it can supercharge humanity beyond our wildest dreams in 20 years at most. So yes, achieving immortality is quite literally within our grasp.”