One man even broke his neck. 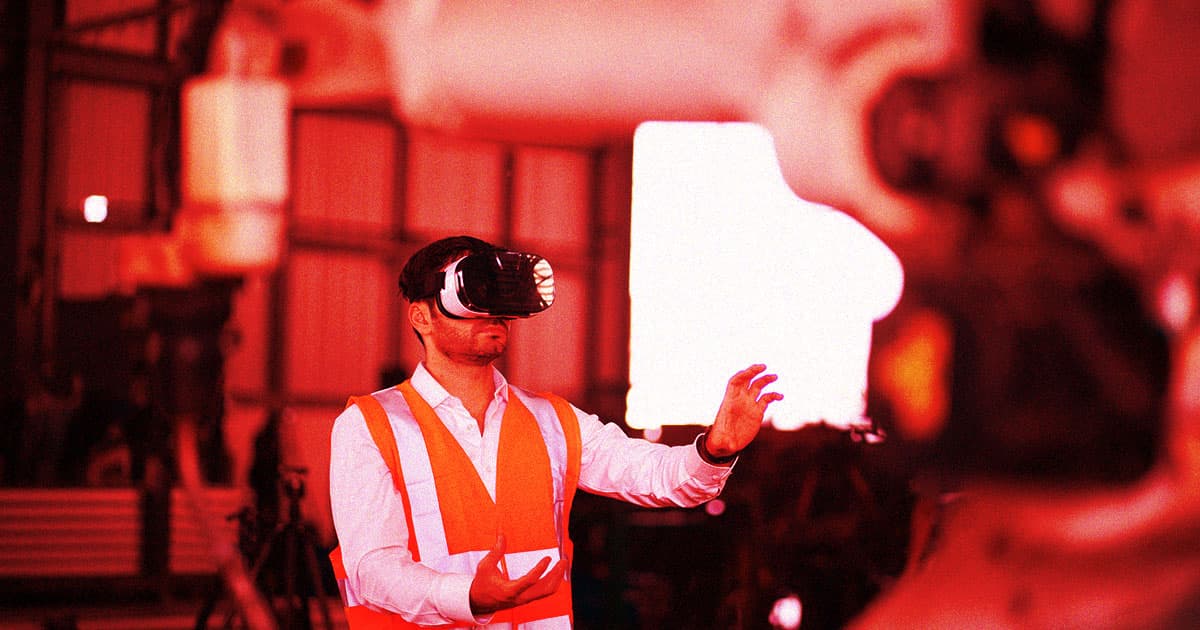 As The Wall Street Journal reports, the growing popularity of VR headsets has had the all-too-predictable side effect of people hurting themselves because they can't see where they're stepping, punching, or kicking when in gameplay.

While video game injuries are far from new — remember how often people got hurt playing Wii when it first came out? — VR presents a very specific category of risk because you literally cannot see your surrounding while wearing it. Moreover, VR's selling point also presents major safety hazards: the immersive, interactive games that require you to stand up and move around, which is not dissimilar to actually undertaking strenuous physical activity.

That exact scenario happened to North Carolinian Jake Masters, who told the WSJ that last year he dislocated his shoulder and needed physical therapy while "fighting" in a virtual coliseum. What's more: Masters had injured the same shoulder in an IRL boxing match years earlier, and although he wasn't "supposed to do real boxing after the first injury," he thought playing the VR game would be alright because it wasn't real.

"Next time I’ll just let the tiger eat me," Masters, who has had to have months of physical therapy to deal with the injury, told the paper.

While the WSJ details a number of other injuries sustained by VR gamers from falling over or coming into contact with solid objects while gaming, not all of the accidents are the result of onetime mishaps, either.

Last year, the Journal of Medical Case Reports published a study about an otherwise 31-year-old German man who broke his neck while playing a VR game that involved "a combination of shoulder, arm and head movements while wearing a VR headset." He came into a clinic while suffering pain in his neck and it was there that doctors discovered he had a traumatic fracture at the nape of his neck that they determined was caused by the "intense" and "repetitive" motions he made during the unidentified game.

The WSJ also noted a cumulative injury some are calling "gorilla arm syndrome," which Oregon State University Associate Professor Jay Kim told the newspaper is what results when people keep their arms raised — you know, gorilla-style — for long periods of time without taking breaks.

While many VR headsets come with instructions that suggest clearing out furniture and taking breaks, and more recently have updated the in-headset grids to give users alerts when objects, people, or pets approach them, it's not hard to imagine users ignoring these sorts of features when they're in intense gameplay.

Take, for example, the story of Taylor Murray, who first cut himself playing virtual boxing and then broke a vase weeks later playing virtual tennis — much to the chagrin of his wife Lauren, who told the WSJ that she no longer thinks VR is a good way for her husband to workout.

"Why don’t you go to the gym like a normal person?" she bemoaned.

Her husband, meanwhile, has a different take: "I’m sure I’ll make the same mistake again."

With a market value estimated to in the hundreds of billions and growing steadily, VR is, without a doubt, here to stay — and it seems like its associated injuries will just keep piling up, too.