This Therapeutic VR Experience is Just Like Tripping on Acid

"What happens in VR is that sense of completely forgetting about the existence of the external world." 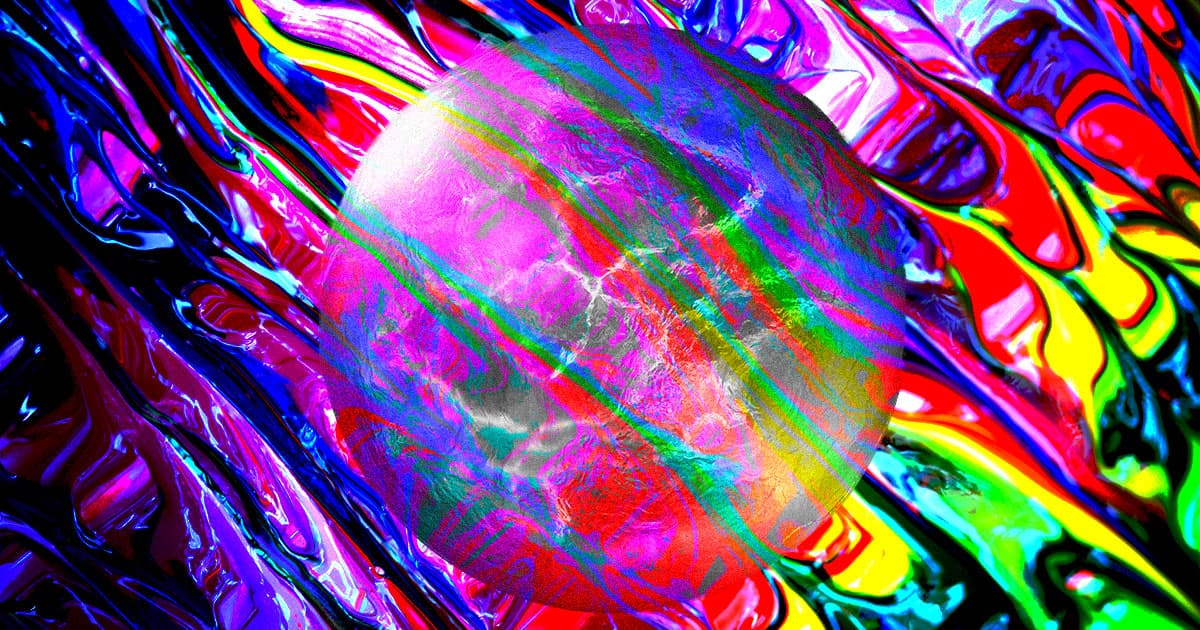 David Glowacki, an artist and computational molecular physicist who suffered a life-changing near death experience, has reportedly developed a virtual reality experience called Isness-D that works just as well as LSD or psilocybin at bringing users to self-transcendence.

As he explained to MIT Technology Review, Glowacki has been working to capture self-transcendence — which, psychologically speaking, involves overcoming the perceived limits of the self — since suffering a near-death experience roughly fifteen years ago.

In that moment, he saw his body not as its physical form, but as a glowing ball of light — and the dimmer that light got, the closer he knew he was to death.

"I knew that the intensity of the light was related to the extent to which I inhabited my body," he told the publication.

But as he explained further, while looking at that light, he didn't feel scared— he just felt peace. Now, years after his miraculous survival, he wants to bring a similar experience of the light and the peace — not the almost dying bit — to others.

And according to Glowacki and his team's study published in the journal Scientific Reports back in May, Isness-D might be doing just that.

Isness-D — which, in simple terms, turns users into glowing balls of auric light — wasn't designed to mimic psychedelics. But as psychedelics are one of the few known shortcuts to transcendence, Glowacki and his team ultimately ended up measuring their VR experience against the mind-bending drugs.

According to the paper, the scientists used four major metrics, which are used by psychedelic researchers to measure the impact of mind-altering medicines, to gauge the emotional responses of 75 Isness-D users.

The results were striking: the Isness-D participants recorded self-transcendent experiences indistinguishable from what 20 milligrams of psilocybin or 200 micrograms of LSD might induce.

"What happens in VR is that sense of completely forgetting about the existence of the external world," Agnieszka Sekula, PhD candidate at the Centre for Human Psychopharmacology in Australia and cofounder of Enonis Therapeautics, a company that combines VR and psychedelics for therapy purposes, told MIT Tech Review. "So there is definitely similarity there to this sense of experiencing an alternate reality under psychedelics that feels more real than what’s actually out there."

Glowacki is already putting the experience to good use and partnered with a therapeutic VR startup called aNUma to facilitate Isness-D sessions for cancer patients and their loved ones.

Between advancements in virtual reality and the recent boom in psychedelic research, it's safe to say that emerging therapeutic science is proving to be promising — not to mention fascinating.

It'll certainly be exciting to see where these fields will take us next — and, hopefully, how many lives they change for the better.

More on psychedelics: Microdosing Acid Doesn't Have Any Benefits, Say Scientists with No Sense of Fun