Lobbyists and advisers have been pushing Trump to abandon the ban for months. 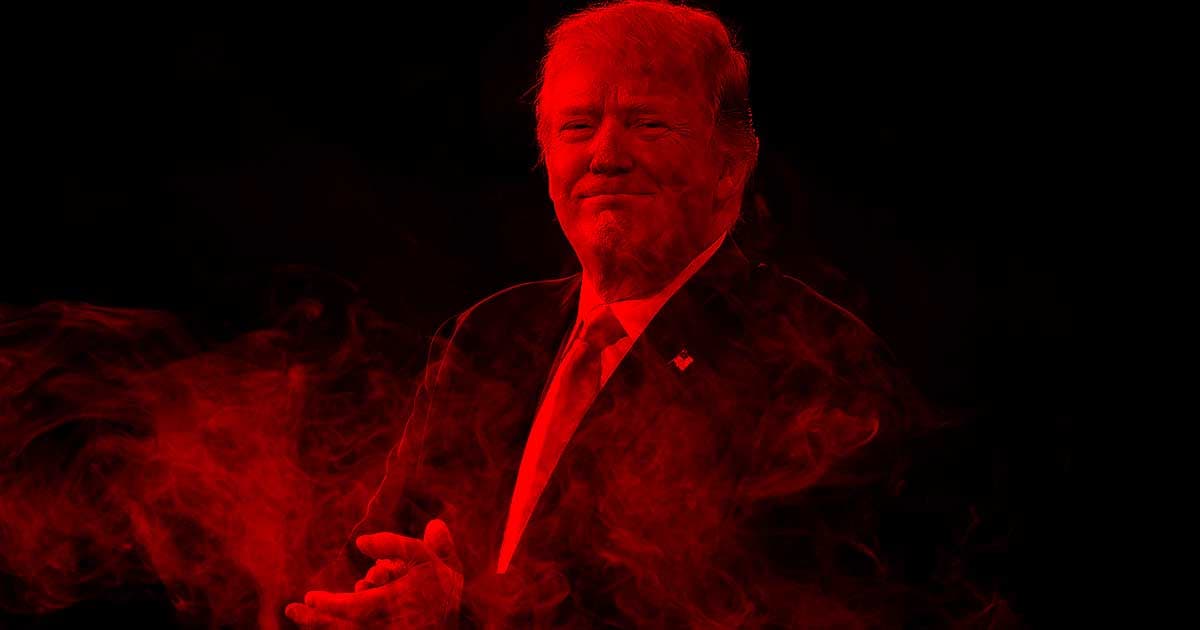 In September, President Donald Trump announced plans to ban the sale of all flavored vapes and vape juices in the United States. Now, he seems to have changed his mind.

Trump likely caved to the political advisers and lobbyists who have been urging him to change course since his announcement, according to The New York Times.

Apparently, they insist there are a lot of single-issue voters who would support Trump's re-election campaign if and only if he keeps the vape juices flowing — at least that seems to be the logic behind Trump's sudden about-face.

Trump began dialing back his plans to ban flavored vapes, which he originally framed as a push to protect children from the dangers of nicotine, earlier this month. Two weeks ago, the Trump administration specified that tobacco and menthol-flavored vapes would be exempt from the ban, as they were more popular among adults than kids.

Around that same time, Trump began cancelling meetings and scheduled announcements about the vape ban as his advisers warned that bringing it up during rallies would cause political repercussions and potentially drive away the hardcore vapers in his base while taking away jobs in the vape industry, anonymous sources told The Washington Post.

While there's been no announcement that the ban is totally cancelled, the NYT reports that for now, it appears to be dead in the water.

More on vaping: With Looming Ban, People Are Plotting to Hoard Juul Pods