It could lead to a diabetes treatment that doesn't require drugs or surgery. 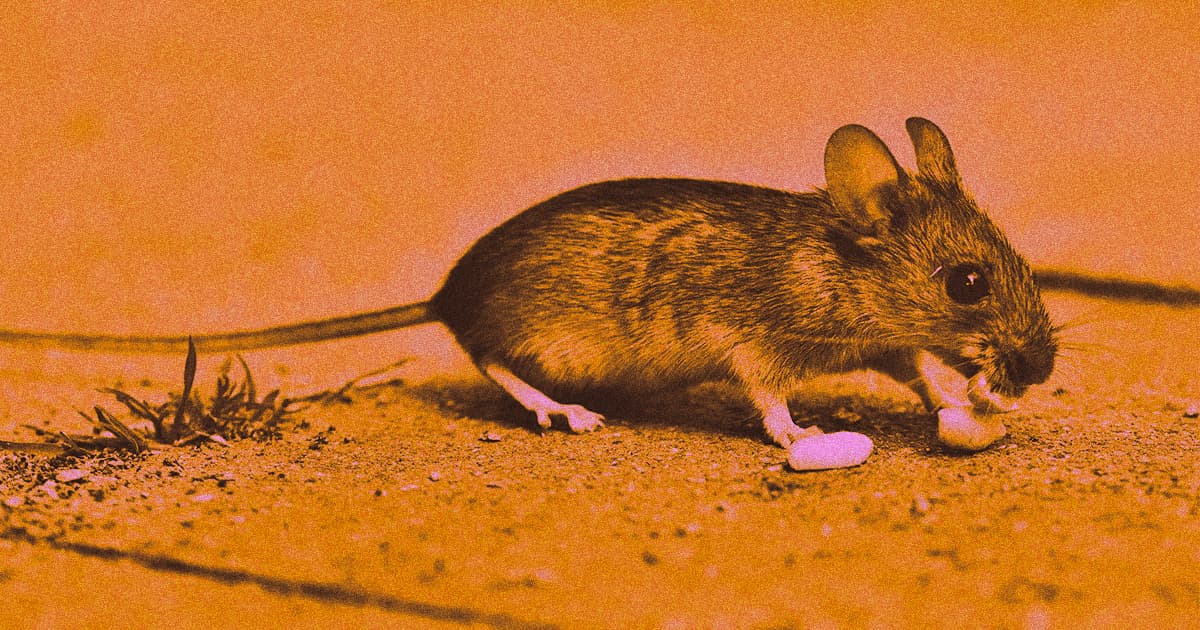 Scientists recently discovered what seems like an actual "weight loss trick" — at least for mice that they deliberately overfed in the lab.

The mice quickly dropped back down to a healthier weight after scientists repeatedly blasted their livers with a focused ultrasound beam, using the same kind of technology common in medical imaging, according to research published in the journal Scientific Reports earlier this month. Meanwhile, mice that were raised on a healthier diet didn't respond to the treatment at all, suggesting that the treatment impacts excess weight rather than causing weight loss in general.

There's a long way to go before we'll know if a similar treatment might work in humans. But study author Sangeeta Chavan, a professor at the Institute of Bioelectronic Medicine at The Feinstein Institutes for Medical Research, told Futurism that she thinks the technique could help treat obesity and perhaps even prevent diabetes without using pharmaceuticals or undergoing invasive procedures.

The study, conducted in collaboration with GE research, builds on Chavan's previous work mapping out the various biological pathways that link our brains to our organs. She had found that stimulating certain organs like the spleen and liver with ultrasound or electricity led to activity in specific brain regions and published her findings in Nature Communications in 2019.

"Our study showed that using focused ultrasound, you can induce neuromodulation in a particular target area," Chavan said.

Inducing neuromodulation — taking control of the brain's activity — from outside of the body is an impressive scientific feat on its own. But Chavan's new study is an attempt to put all of that biological cartography to good use.

Chavan and her team previously found that blasting the liver with ultrasound every day for eight weeks seemed to trigger the part of the brain called the hypothalamus — and specifically the region within the hypothalamus that oversees metabolism of the sugar glucose. The stimulation likely kicks that metabolic pathway into overdrive, making the mice rapidly burn through the excess weight from their high-fat and high-calorie diet.

"Only those mice which were obese responded to ultrasound," Chavan said. "When you stimulate healthy mice, they do not have any weight loss. You do not have side effects from ultrasound stimulation in this scenario."

That lack of side effects was particularly exciting to Chavan. She feels that these ultrasound stimulations, if they also work in humans, might even help delay the onset of diabetes.

Citing the fact that obesity can give rise to insulin resistance, which in turn leads to the development of type 2 diabetes, Chavan argued that improving glucose metabolism could stop that process in its tracks. Not as a cure for diabetes, but as a treatment that prevents the disease from ever emerging in the first place.

Of course, that's a bold claim and not everyone is convinced. The road from animal models to treatments that work in humans is long, winding, and paved with the corpses of promising new treatments that couldn't quite make it. That's especially true for something like diabetes, where scientists have to come up with a way to approximate the disease in animals and hope that it holds true in humans with the real thing.

"There are several prominent mouse models that are meant to mirror what we find in humans," Hughes, who didn't work on the study, told Futurism. "So we don't find mice that are naturally having type 1 diabetes out in the wild outside of the lab. Instead, researchers must induce diabetes. After many more years of work then there may be evidence of this conclusion that 'it might delay the onset of diabetes in people.'"

Hughes was excited to see that the study had happened, but cautioned that it's too soon to make any grand sweeping claims about what it will mean for people or to declare the mission accomplished. In particular, she wanted to see it replicated in a larger number of mice and, eventually, in humans.

"I think at this point that animal models are so important to guide us in the right direction but they are simply one building block in the step to drug development and/or treatment development," Hughes said. "The average drug development in the US market costs roughly 1 billion dollars. It takes so much to be a treatment to people. This work appears to be incredibly innovative and I am excited to see what their future work will determine."

"Overall, I think this is an exciting step in the right direction but much more work needs to be conducted before human participants get involved," she added.

It will be exciting to see how well the ultrasound treatment performs in humans if and when those experiments happen. But even then, Chavan took great care to stress that she's not developing a miracle cure. Even if the treatment leads to weight loss, there's no guarantee that it would also have the added medical benefit of staving off diabetes.

"People think it's a one-time magic wand that you can do once and cure obesity or cure diabetes. But it's not that," she told Futurism. "When you develop this kind of technology, there has to be a consistency of treatment."

Editor’s note 3/25/2021: This story originally misstated the relationship between ultrasound stimulation on the brain and activity in specific organs. It has been updated.

Editor’s note 3/29/2021: This story has been updated to clarify the degree of weight loss in the mice, the relationship between ultrasound stimulation and neural activation, and the affiliations of some researchers.

More on diabetes: This Pill Could Reverse Type 2 Diabetes

Image by Capri23auto via Pixabay / Futurism

11.19.22 Developments
So Many People Are Using a Diabetes Drug for Weight Loss That Actual Diabetics Are Having Trouble Getting It
9.28.22 Rx/Medicines
Scientists Trick Mosquitoes Into Vaccinating Against Malaria by Biting
9.22.22
Study Suggests That This Particular Exercise May Boost Memory
9.21.22 Developments
FDA Warns Americans to Stop Cooking Chicken in NyQuil
9.11.22 Cancer
Young People Are Getting Way More Cancer Than Old People Did