Trump: Fauci’s a ‘Disaster.’ Fauci: Pandemic’s Not Over.

"…You cannot say that we're on the road to essentially getting out of this." 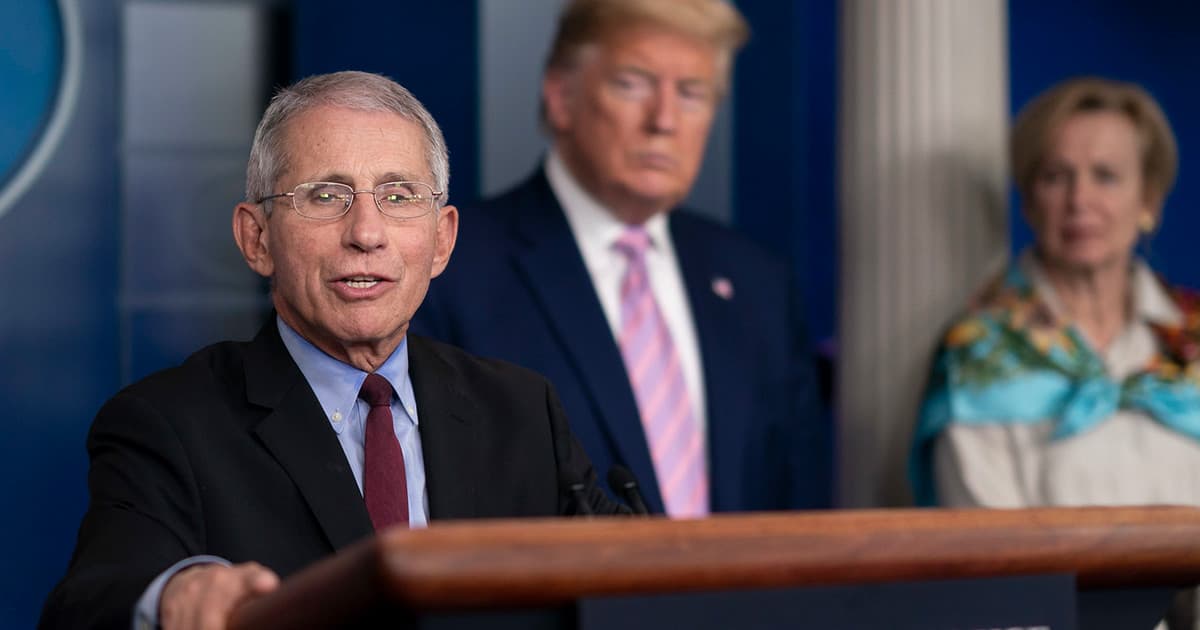 Once again, the COVID-19 pandemic is on the rise in the U.S. and Dr. Anthony Fauci, top White House coronavirus advisor, says there’s no end in sight.

“When you have a million deaths and over 30 million infections globally, you cannot say that we’re on the road to essentially getting out of this,” Fauci, who’s also head of the National Institute of Allergy and Infectious Diseases (NIAID) told CBS on Monday. “So quite frankly, I don’t know where we are. It’s impossible to say.”

It’s a grim warning that makes one thing clear: Areas that “re-opened” or lifted pandemic restrictions ought to reverse course, as most U.S. states’ outbreaks are now well within the realm of “uncontrolled spread.”

The dire situation — and Fauci’s frankness about it — puts him in stark contrast with the Trump Administration, which has sought to ignore and downplay the pandemic since the beginning and still urges local and state leaders to lift their pandemic response measures.

President Trump, who knowingly and willingly lied about the danger posed by the coronavirus — which has now killed 219,880 in the U.S. — as long ago as February has, yet again, directed his ire at Fauci in response.

On Monday, Trump told his campaign staff that Dr. Fauci is a “disaster” who’s “been here for 500 years,” according to NBC News.

Needless to say, it’s a real no-brainer to listen to the guy who regularly touts sound medical advice instead of trusting someone who caught the coronavirus at his own super-spreader event then continued to expose others, consistently lied to the public to preserve the stock market over human life this whole time, and recently insulted his political opponent for “listening to scientists,” but that’s just us.

More on Fauci: Dr. Fauci: It’s Too Dangerous To See My Kids This Thanksgiving