Thousands Are Quarantined On a Virus-Stricken Luxury Cruise Ship

They've been trapped at sea for weeks. 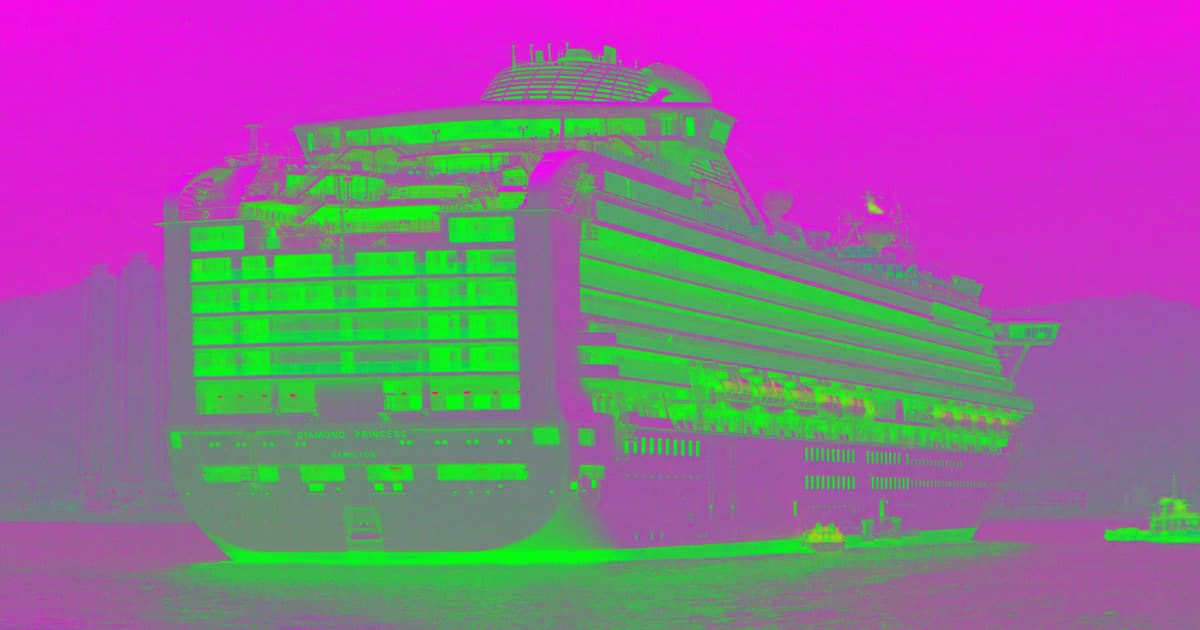 An entire luxury cruise ship housing 2,666 passengers and 1,045 crew members has been quarantined off the Japanese coast for two weeks, according to the Washington Post.

Last week, a passenger from Hong Kong on the vessel Diamond Princess was confirmed to have caught the coronavirus that's swept the globe this year, claiming the lives of hundreds of people.

According to Japan's Health Ministry, nine other passengers and one crew member also tested positive, the BBC reported.

Spirits are low as passengers are trapped in their cabins, with limited access to food and drink and in many instances not even a window to the outside.

"We’re basically being treated like we’re prisoners and criminals at the moment; that’s how we feel," British passenger Alan Steele told the Post.

Not everybody, though, is bothered by the impromptu staycation.

"We’ve got two weeks’ extra cruise, albeit a confined cruise," passenger David Abel told the Post via Skype. "You’ve got to make the best of the situation, haven’t you?"

It's not the only cruise ship to have been stranded at sea due to the virus. An Italian cruise ship carrying 6,000 passengers was held off the coast of Italy last week, but only for a few hours.

More on the virus: A Cruise Ship Was Stranded at Sea Due to Coronavirus Risk