A Cruise Ship Was Stranded at Sea Due to Coronavirus Risk

6,000 passengers were stuck in limbo with an unconfirmed viral outbreak in their midst. 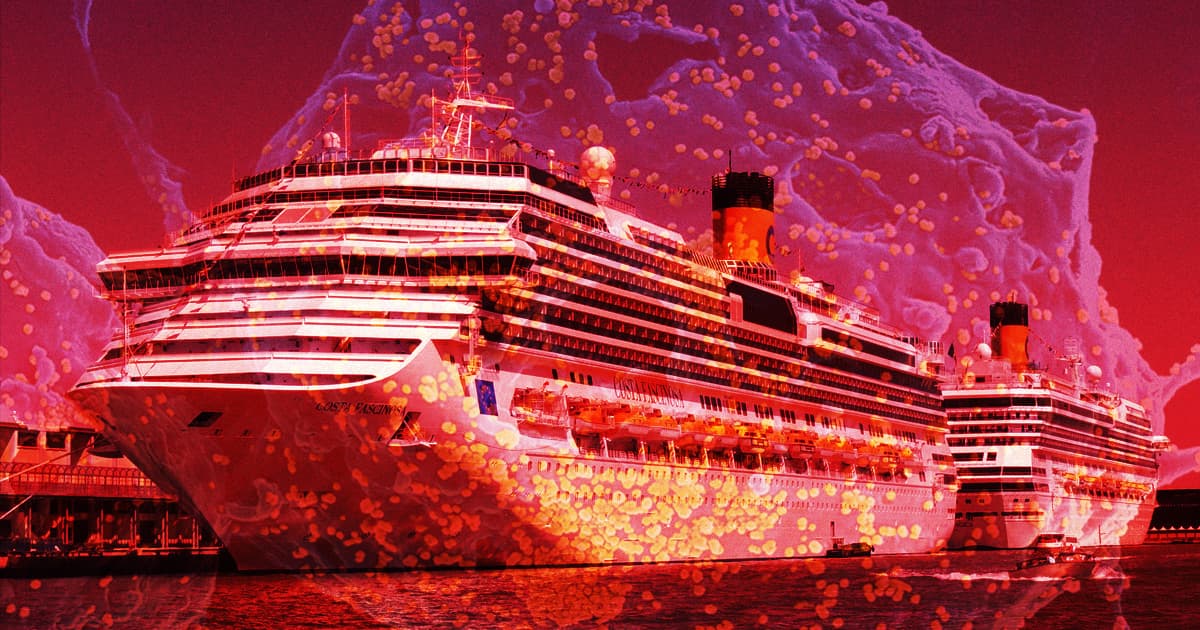 A cruise ship carrying 6,000 passengers was stranded off the coast of Italy for hours while medical workers investigated a potential case of the dangerous coronavirus 2019-nCoV onboard.

The trouble began when a 54-year-old woman from Macau, an administrative region of China that was one of the first places to which the virus spread, developed a fever and respiratory trouble, according to BBC correspondent Mark Lowen.

6,000 passengers are currently blocked on a cruise ship near port of Civitavecchia, near Rome, while a Chinese couple on board – reportedly with fever and respiratory problems – are checked for #coronavirus. The Costa Smeralda arrived from Marseille, Barcelona and Mallorca

The woman was isolated for hours while medical staff worked to determine whether she was sick with 2019-nCoV or if she had just so happened to fall ill with something else while on the cruise. Meanwhile, the ship and its thousands of passengers were unable to dock — stuck in limbo with an unconfirmed viral outbreak in their midst.

Eventually, medical workers confirmed that the woman was not sick with 2019-nCoV and cleared the cruise ship, according to the Italian news agency Agenzia ANSA.

BREAKING: Italian news agency @Agenzia_Ansa reports that according to the first tests, #Coronavirus is NOT present on the cruise ship at Civitavecchia.

“The situation is under control and at the moment there are no reasons for concern on board,” Italian Coast Guard captain Vincenzo Leone told ANSA.

4.09.21 Neuroscience/Brain Science
Scientists: Don’t Worry, Adding Human Brain Cells to Animal Brains Is Fine
The NIH is imposing clear ethical guidelines over controversial neuroscience studies.
By Dan Robitzski / Read More >>
4.09.21 Devices
Neuralink Releases Video of Monkey Playing Pong With Its Mind
"It's not magic."
By Victor Tangermann / Read More >>
4.08.21 Mental Health
Yet Another Reason To Treat Depression: It Could Literally Age You
"This should fundamentally alter the way we approach depression and how we think about it — as a part of overall health."
By Dan Robitzski / Read More >>
Keep up.
Subscribe to our daily newsletter to keep in touch with the subjects shaping our future.