Teens Are Exploiting a Stupid Loophole in Flavored Vape Ban

"These disposable, completely self-contained e-cigarettes like Puff Bar and others share all of the characteristics that made Juul a problem." 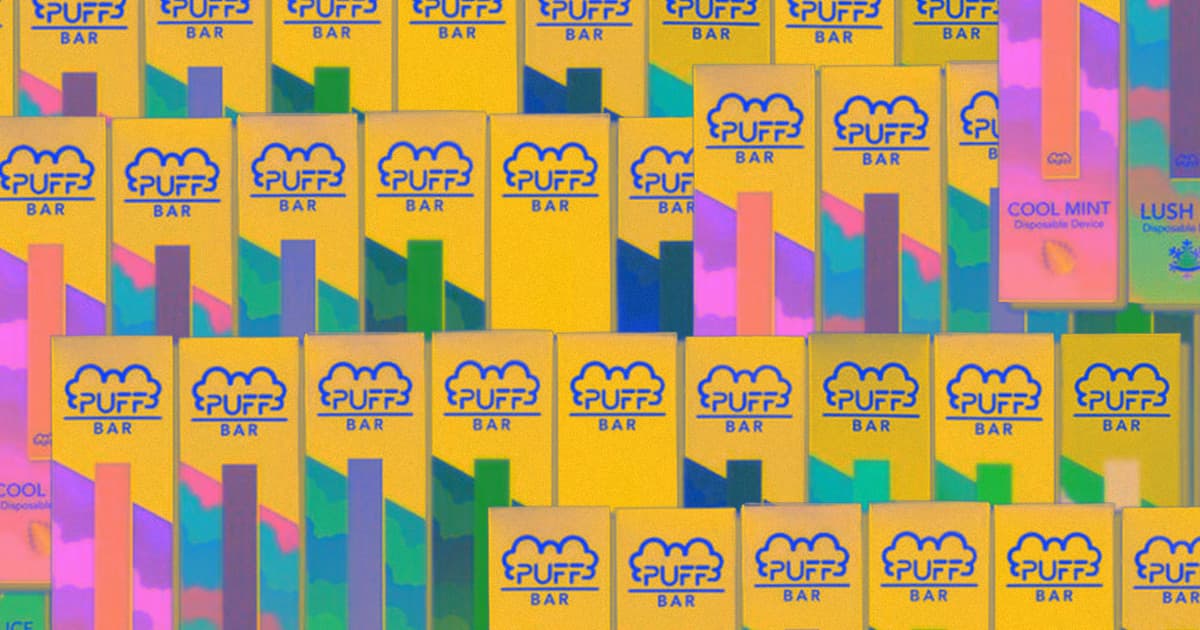 In an effort to curb underage use and amidst growing epidemic of a "vaping-related illness," the Food and Drug Administration banned all fruit and mint-flavored nicotine vaping pods, including the offerings by market leader Juul, at the beginning of this year.

But teens are exploiting a glaring loophole in the ban, The New York Times reports: any flavors — banana ice, cherry crush, vivid vanilla, and so on included — are still being sold and bought legally as disposable e-cigarettes by brands such as Puff Bars and Stig, in contrast to reusable units with swappable pods.

Even menthol and tobacco flavored pods, disposable or not, got an exemption from the ban.

"These disposable, completely self-contained e-cigarettes like Puff Bar and others share all of the characteristics that made Juul a problem," Rutgers Center for Tobacco Studies professor Kevin Schroth told the Times.

"Cheap, accessible, fruit-flavored vaping devices are tailor-made to ensnare children and teens," Senator Jeff Merkeley, Democrat of Oregon, told the Times in an email. "President Trump needs to grow a spine and enact the real flavor ban he promised — not this loophole-ridden version that was tailor-made to appease the vaping industry."

Meanwhile, US President Donald Trump has already voiced his regret over the ban, which he initially endorsed back in September.

"I should never have done that fucking vaping thing," he told Health and Human Services Secretary Alex Azar during a campaign meeting call earlier this month, according to the NYT.

More on the ban: Trump Says He Now Regrets Pushing for Vape Ban