"I should never have done that fucking vaping thing." 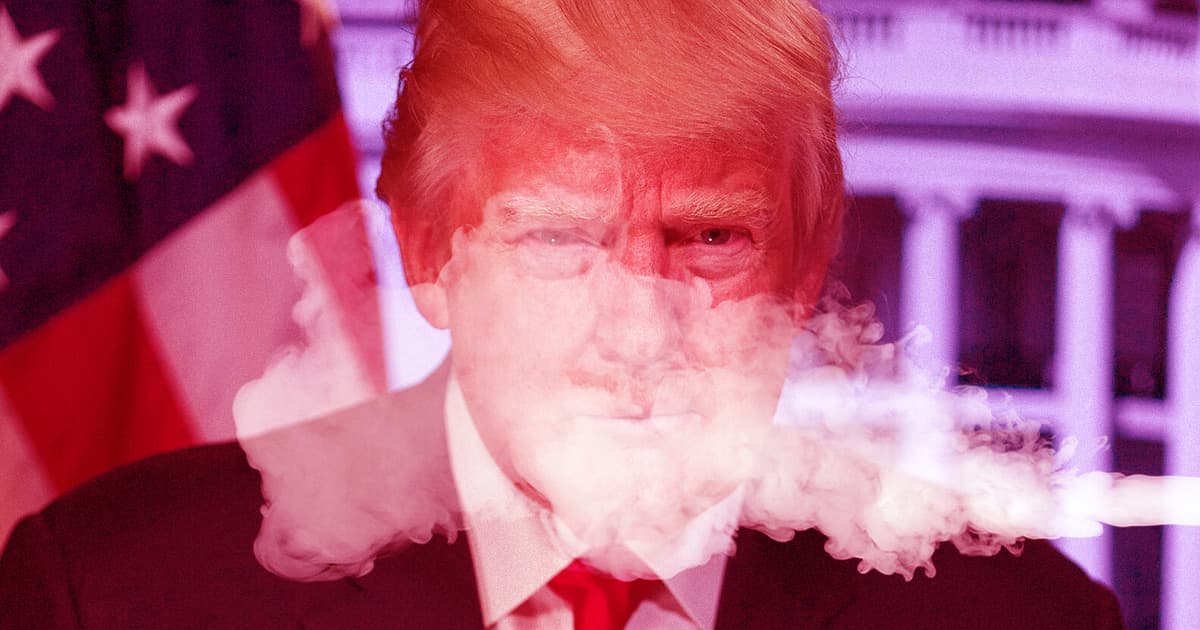 In September, soon after the vaping-related illness now known as EVALI killed a sixth person, Trump announced that his administration was considering banning all flavored vape juices, the kind often preferred by — and seemingly targeted toward — minors.

"Not only is it a problem overall, but really specifically with respect for children,” Trump told reporters, according to Bloomberg. “We may very well have to do something very, very strong about it."

On November 1, Axios reported that Trump was already backtracking on the idea of a vape ban, citing sources claiming that a soon-to-be-announced ban would exclude the flavors menthol and tobacco — a move seemingly prompted by backlash from "vapers who vote."

The Food and Drug Administration finally announced a ban on flavored vape cartridges — excluding menthol and tobacco flavors — on January 2. But according to a recent New York Times report, Trump now regrets getting involved in the vaping issue in the first place.

"I should never have done that fucking vaping thing," he told Health and Human Services Secretary Alex Azar during a call on speakerphone held during a campaign meeting, two sources familiar with the conversation told the NYT.

Trump might regret getting personally involved in his administration's vaping policy due to the political headaches it caused — but the fact is the new policy might result in fewer minors vaping, and that's something that, in a perfect world, he should be proud of accomplishing.