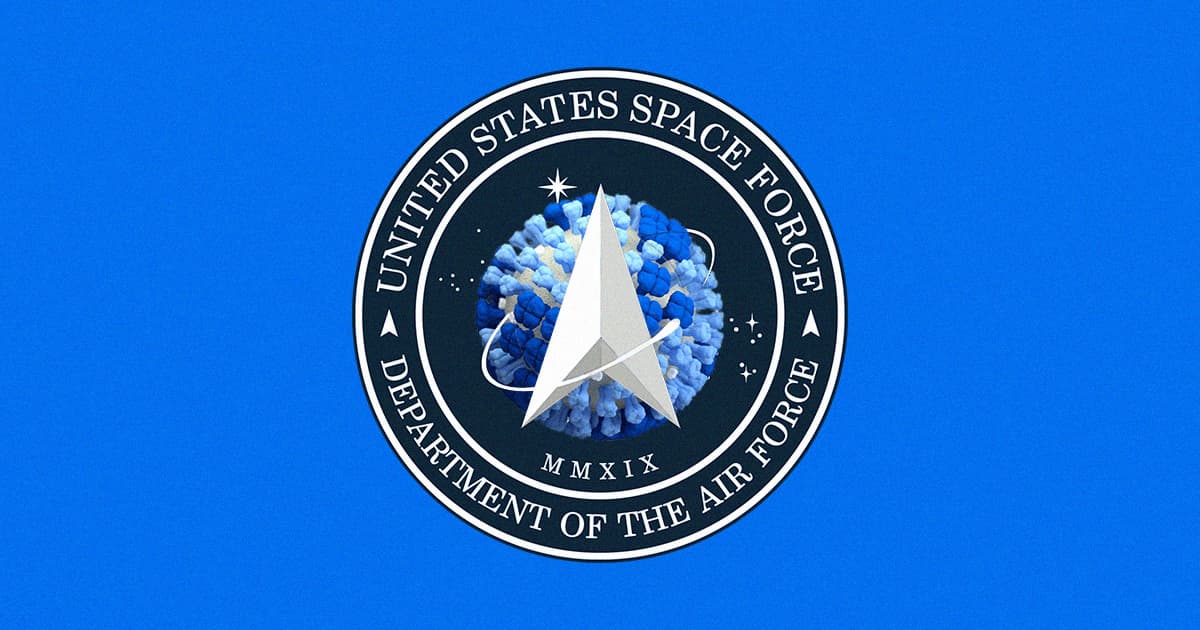 "He took the test today after learning that a close family member, with whom he had contact, tested positive for the virus," reads an official statement.

Thompson is now quarantining and working remotely from home.

Thompson also was present at the induction of the Space Force's first-ever recruits on October 21, as Military.com points out.

Two other top military officials also tested positive earlier this month, including Marine Corps General Gary Thomas, and Coast Guard Admiral Charles Ray — the latter of whom attended an event at the White House on September 27 and announced he had tested positive for the virus on October 6.

The White House itself has actively contributed to the spread of the coronavirus, with top infectious-disease expert Anthony Fauci claiming that the White House held a superspreader event earlier this month. Several senior officials, including the President himself, have tested positive for the coronavirus since.

5.20.22 Devices
Lawsuit Claims Apple AirPods Ruptured a Child's Eardrums
A grim claim!
By Lonnie Lee Hood / Read More >>
5.19.22 Developments
Scientists Warn of International Monkeypox Outbreaks
"Monkeypox usually does not occur globally."
By Victor Tangermann / Read More >>
5.19.22 Rx/Medicines
Doctors Impressed by Drugs That Rejuvenate Immune System
This could be big.
By Noor Al-Sibai / Read More >>
Keep up.
Subscribe to our daily newsletter to keep in touch with the subjects shaping our future.
+Social+Newsletter
TopicsAbout UsContact Us
Copyright ©, Camden Media Inc All Rights Reserved. See our User Agreement, Privacy Policy and Data Use Policy. The material on this site may not be reproduced, distributed, transmitted, cached or otherwise used, except with prior written permission of Futurism. Fonts by Typekit and Monotype.