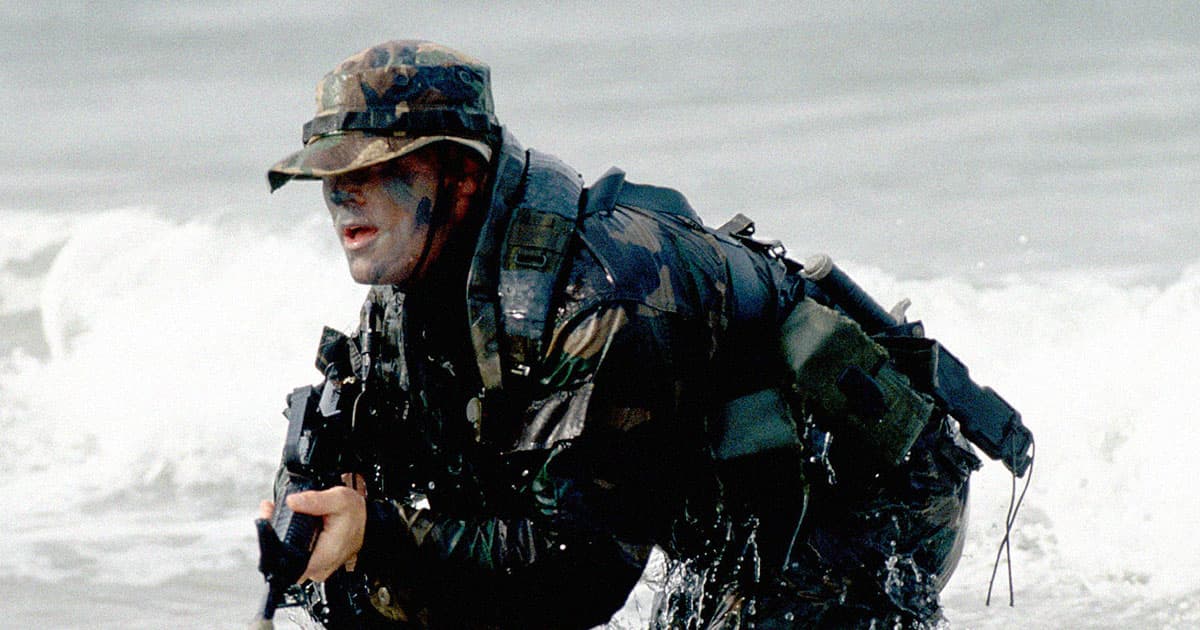 Navy SEAL training is excruciatingly difficult, and an investigation by the New York Times this week shines new light on the extreme measures candidates will take to pass.

After Seaman Kyle Mullen made his second attempt at the infamous Basic Underwater Demolition/SEAL training, or BUD/S, he made it through training only to die just hours later. For weeks, he'd been coughing up bloody phlegm, and Mullen's family told the NYT that all the candidates are subjected to extreme exhaustion and mental stress, with many ending up with severe illnesses and physical injuries.

After Mullen passed away, according to the newspaper's reporting, the Navy discovered performance-enhancing drugs among his possessions. A stranger detail comes from Mullen's mother: that before he died, he was secretly taking Viagra to survive the harsh training environment.

The use of drugs that boost athletic capabilities make sense in the grueling environment of Navy SEAL training. Viagra, though, the brand name of a drug called sildenafil which is typically prescribed as a treatment for erectile dysfunction, seems on its face to be much more unusual.

The NYT reports that other Navy SEAL candidates had convinced Mullen that the drug was an effective treatment for SIPE, the acronym that sailors gave swimming-induced pulmonary edema. There is some evidence that the sailors were onto something; several groups of researchers have found that sildenafil might be an effective treatment against the condition.

Of course, even if further research does bear out those findings, the treatment would be best administered by a doctor.

Using the Viagra, though, Mullen was able to recover somewhat. But then the NYT reports that his SIPE came back with a vengeance during a brutal stretch of training during which medics provided him with oxygen on site.

When he finally died, a Navy autopsy found that his official cause of death was bacterial pneumonia. The overall takeaway from the NYT's reporting, though, is that he was pushed beyond his limits to a degree that nearly guaranteed that he would fall back on dangerous performance enhancing drugs and the off-label Viagra.

Since 1953, the NYT reports that at least 11 sailor candidates have died during the SEAL's brutal training. That includes Hell Week, the final lap of a horrific marathon. The death toll and injury rates could theoretically be higher, though, because it's unknown how many sailors sustain life-altering injuries during the tradition. And many sailors are encouraged to quit before seeking official medical treatment, so the Navy manages to keep its tactics under wraps.

Mullen's mother, Regina Mullen, is a registered nurse and told the NYT that she holds the Navy responsible for her son's death.

"They killed him," Regina Mullen told the newspaper. "They say it’s training, but it’s torture. And then they didn’t even give them the proper medical care. They treat these guys worse than they are allowed to treat prisoners of war."