"People will very rapidly spit into a cup and send it to 23andMe... and guess what? Their DNA is now owned by a private company." 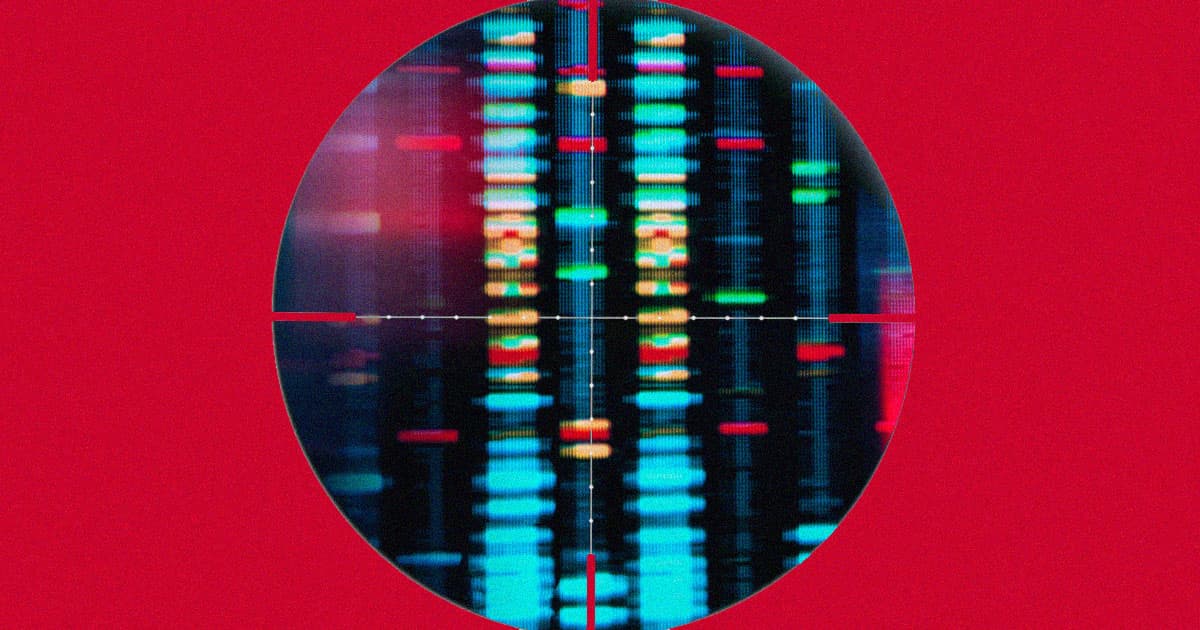 Colorado's Jason Crow, US House Democrat and member of the House Intelligence Committee, really wants you to steer clear of DNA testing platforms.

Axios reports that the lawmaker made his feelings clear during an appearance at the Aspen Security Forum on Friday, where he urgently warned that DNA-based bioweapons, created to "target specific people" on a battlefield, are on the horizon — and that private DNA-testing companies like Ancestry.com and 23andMe may make them possible by selling genetic data about users.

"People will very rapidly spit into a cup and send it to 23andMe and get really interesting data about their background — and guess what? Their DNA is now owned by a private company," the lawmaker reportedly claimed. "It can be sold off... with very little intellectual property protection or privacy protection, and we don't have legal and regulatory regimes that deal with that."

The ethics of genetic data have had a long and muddy past, and as the lawmaker hints, the modern legal system has struggled to keep up with rapidly evolving biotech.

And while Crow didn't appear offer much in the way of evidence for his statements, genetic profilers like the ones he called out have made headlines for alleged data abuses in the past. Like Facebook's many data controversies, several of these organizations exploded in popularity before any legal precedent or even social norm for the use of such data were established, and some extremely questionable behavior followed suit.

It's also worth noting that given the popularity of these platforms, it's quite difficult to opt out — even if you don't choose to partake, your relatives might, which can have some pretty revealing consequences for just about anyone in the family tree.

Still, whether these terrifying weapons are genuinely in development, the lawmaker's claims are cause to more deeply examine our relationship to our most personal data — which, as Crow additionally warned, are already perhaps too lax.

"You can't have a discussion about this without talking about privacy and the protection of commercial data because expectations of privacy have degraded over the last 20 years," said the rep, according to Fox News. "Young folks actually have very little expectation of privacy, that's what the polling and the data show."

Crow's comments are certainly unsettling. In truth, there's only so much we can do, but it's true that data protection — especially when it comes to information so incredibly personal — is always something that deserves our attention. It's easy to get jaded, but we implore you: read the fine print.

More on poor legal framework for DNA use: Professors Warn That Creeps Might Start Stealing Dna from Celebs for Dark Purposes