South Korea Crushed the Coronavirus as the U.S. Floundered. Why?

Two very different responses to national outbreaks — but only one worked. 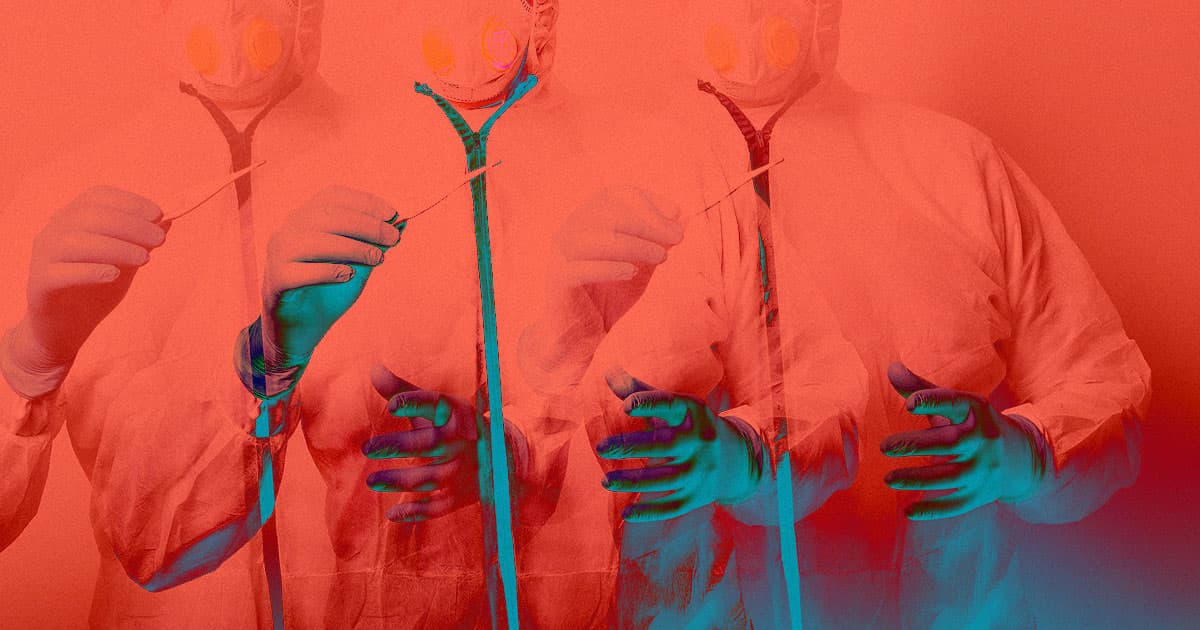 Ever since the coronavirus pandemic hit South Korea, the country went into a state of full mobilization. Now, just under two months later, the outbreak has been wrangled (mostly) under control. Given their tentative success, it's hard to remember that South Korea and the United States confirmed their first cases of COVID-19 within a day of each other.

America's leadership, especially Trump, took a very different approach to the coronavirus outbreak illustrated in a new Reuters report. While South Korea quickly developed tests and sent them out to nearly 300,000 of citizens over the past seven weeks, officials in the U.S. have still only issued about 60,000 tests — including the faulty ones initially sent out by the U.S. Centers for Disease Control and Prevention (CDC). Meanwhile, Trump repeatedly lied about the outbreak and downplayed the danger the new coronavirus posed, wrongfully claiming that it would vanish on its own or calling it a hoax propagated by Democrats and the media.

The main difference between the responses is the speed with which South Korea's health agencies acted as soon as the virus emerged within the country, instead of hoping it would all blow over.

"We were very nervous. We believed that it could develop into a pandemic," Lee Sang-won, an infectious disease expert at the Korea Centers for Disease Control and Prevention, told Reuters. "We acted like an army."

The result of that army-like mobilization? South Korea only confirmed 93 new cases on Wednesday, a ten-fold decrease from the peak of the infection there. Meanwhile the testing infrastructure in the U.S. is so flimsy that no one knows how many people are infected — but they do know that the outbreak is still on the rise.

"It makes me feel like I’m living in a farce," University of Pittsburgh cardiologist Ritu Thamman told Reuters.