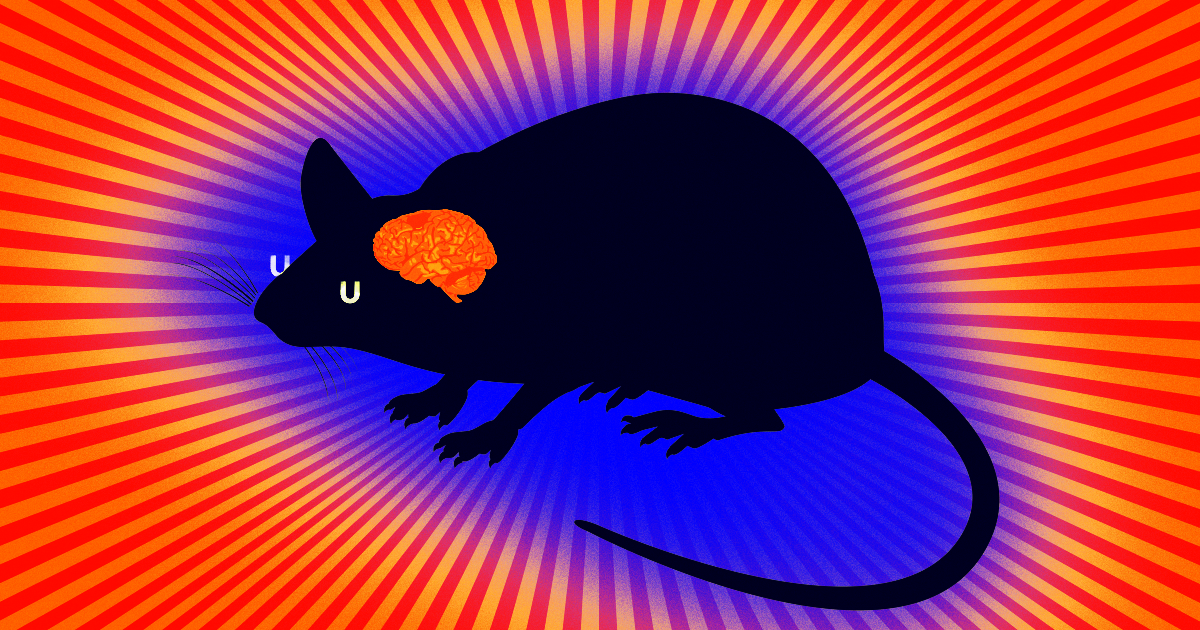 As many mammals become obese, they have a greater tendency to exhibit signs of stress. For the first time, scientists from the Mayo Clinic may have figured out why.

Peering into the brains of mice, the doctors noticed that overfed and overweight mice had deposits of fatty cells near a part of the brain called the lateral ventricle. Once they cleared the cells away with drugs, the so-called "obesity-induced anxiety-like behavior" vanished as well, according to research published Thursday in the journal Cell Metabolism — raising the possibility of a new treatment for human anxiety.

Obesity drives a process called senescence, by which cells in the brain become inert. These senescent cells are still alive, but they're not doing their job and have been linked to health issues like neurodegenerative disease.

The senescence causes fat buildups in the brain, which not only causing anxiety-like behaviors but also reduce neurogenesis, which is the brain's process for generating new neurons. After the scientists dosed the lab mice with senolytic drugs that specifically target and kill senescent cells, the fatty deposits disappeared, taking the anxiety-related behaviors with them and kicking neurogenesis back into gear.

This new research is exciting — if it progresses, scientists could walk away with a new neurological model for some kinds of anxiety. However, our knowledge of human senescence is fairly limited.

All we know at this stage is that senescent cells do cause fatty buildups in human brains as well. But any connections between senescence and mental health is still speculative — the behavior of an agitated mouse and a person's clinical diagnosis are different.

Next, the Mayo Clinic doctors plan to investigate which type of senescent cell is responsible for the brain's fatty buildups and learning as much about how they behave as possible. Someday, once we know more about how this mysterious cellular process affects our brains and our minds, doctors may have a whole new way to treat anxiety.