Gasp! Scientists Say There Was an Inaccuracy in a Marvel Movie

"Perfectly balanced, as all things should be." 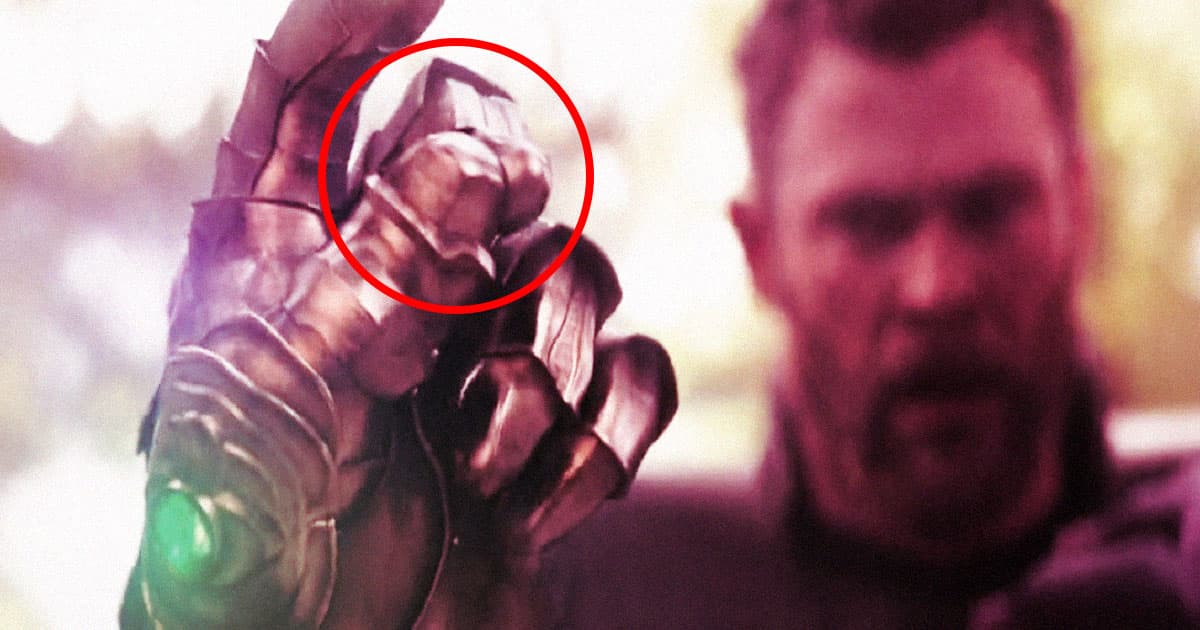 A nagging, nerdy question from the Marvel Cinematic Universe's mega-hyped 2018  film "Avengers: Infinity War" led to a discovery about the nature of human hand mechanics, because that's apparently how science works now.

Biomolecular engineering researchers at George Tech were apparently intrigued enough after watching the pivotal finger snap at the end of "Infinity War" that they decided to begin studying it. Needless to say, spoilers abound below.

At the end of the film, Thanos — the supervillain from the movie, played by a heavily CGI'd Josh Brolin — snaps his fingers while wearing his uber-powerful "infinity glove" and, in doing so, kills half the universe's population.

While the scene mainly served to set up the movie's even-more-hyped sequel, it provoked a complex question for Georgia Tech chemical engineering undergraduate Raghav Acharya: how the hell does finger snapping work, anyway?

As it turned out, nobody had delved too deeply into the actual mechanics of the complicated motion. So Acharya dove in.

Acharya and his team discovered in the course of their research what they're calling a "Goldilocks zone of friction" — a concept likely borrowed from the astrophysics term used to denote the theoretical habitability of planets  — to determine how finger snapping works under various physical conditions.

As Ars Technica noted, the experiment hinged on highspeed video footage of people snapping their fingers five times each under various physical circumstances. One person snapped their fingers while wearing a lubricated nitrile glove (too slippery); another wore rubber thimbles on their thumb and forefinger (too much friction); yet another wore metal thimbles on their thumb and forefingers underneath a nitrile glove (also too much friction).

Naturally, the experiment's control subject, who snapped their fingers without any impediments, demonstrated to the researchers that such motion was, like Goldilocks' ideal bed, just right.

"Finger snaps are essentially a latch-like mechanism," Ars summarized, "in which energy is loaded in a mass-spring system, held in place with a latch. When the latch is rapidly released, all the stored potential energy is released over a short period of time."

This biomolecular breakthrough will, researchers hope, lead to further study of the complex mechanics of hands and have applications for prosthetic design and "bioinspired robots."

But as a byproduct, the researchers also determined that Thanos probably couldn't have snapped his fingers that way while wearing a metal, jewel-encrusted glove.

"Our results suggest that Thanos could not have snapped because of his metal-armored fingers," Acharya said. "So, it's probably the Hollywood special effects, rather than actual physics, at play."

Read More: "Why Thanos couldn’t have snapped his fingers while wearing the Infinity Glove" [Ars Technica]