Here’s what he did to get his "arms to look like the legs of a racehorse." 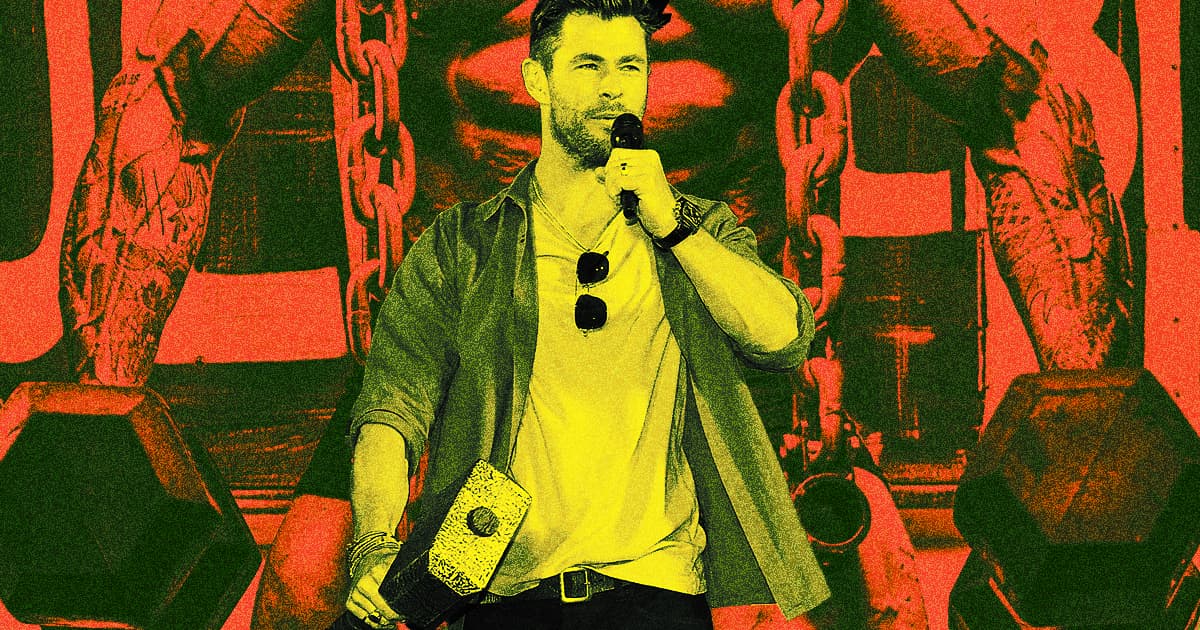 Actor Chris Hemsworth recently posted a video of once such workout to Instagram. In it, he claimed that a monstrous-sounding blood-flow restriction technique he used during his workouts was the key to his massive arms.

"By restricting blood-flow and oxygen the muscles are forced to work harder in a shorter period of time and a bunch of other 'sports sciency' stuff happens," Hemsworth wrote in the caption of the post. "Basically it's one of the most uncomfortable training methods I've experienced but part of the puzzle in growing Thor's arms to look like the legs of a racehorse."

The video shows Australian trainer Ross Edgley strapping the blood-flow restriction bands around Hemsworth’s arms before cajoling him through a variety of intense arm workouts. The "Thor" actor can be seen grimacing and wincing in apparently immensely pain — although, of course, he is a professional actor — throughout the workout.

While it seems like a grotesque and painful way to train, the science behind the restriction method is surprisingly sound. When blood is trapped in your arm, lactic acid begins to build up. This, in turn, releases more muscle growth hormones throughout your arms. In addition to the hormones, it also allows you to attain more muscle growth from a lighter amount of weight.

"It's very useful for training around an injury that doesn't allow for heavier loads to be used," personal trainer Harry Smith — who doesn't work with Hemsworth — told Insider. "Blood-flow restriction training forces you to use much lighter loads than you usually would as the restricted venous return traps blood in the muscle, limiting its range of motion to an extent and causes a huge build-up of metabolites and lactic acid."

There is some evidence that blood-flow restriction workouts can result in muscle damage and, at worst, a debilitating condition known as rhabdomyolysis, according to a 2019 paper on the method. However, it should be noted that muscle damage occurs with many weight resistance workouts — so that's not completely out of the norm, and more followup study is needed to fully understand the technique.

Also, it should be noted that employing this method likely won't give you arms like Norse god. Actors like Hemsworth are given an army of the world's top personal trainers and chefs to facilitate their body transformations by wealthy studios. Some even take performance-enhancing drugs and employ a lot of suspect techniques — nevermind the looming possibility of CGI in feature films — to get their bodies camera-ready.

Bottom line: There's no point in comparing yourself to them or try to achieve their body types. It's just a recipe for disaster.

Also, as with any new training technique (and especially with painful methods like this one), don’t start practicing blood-flow restriction training without consulting a professional trainer. If you just jump in willy-nilly, you might end up less like Thor and more like Thanos at the beginning of "Avengers: Endgame."

READ MORE: Chris Hemsworth says he used blood-flow-restriction training to get 'arms like the legs of a racehorse' to play Thor [Insider]

More on heroes and villains: Guy Who Built "Green Goblin" Hoverboard Says He’s Not a Supervillain